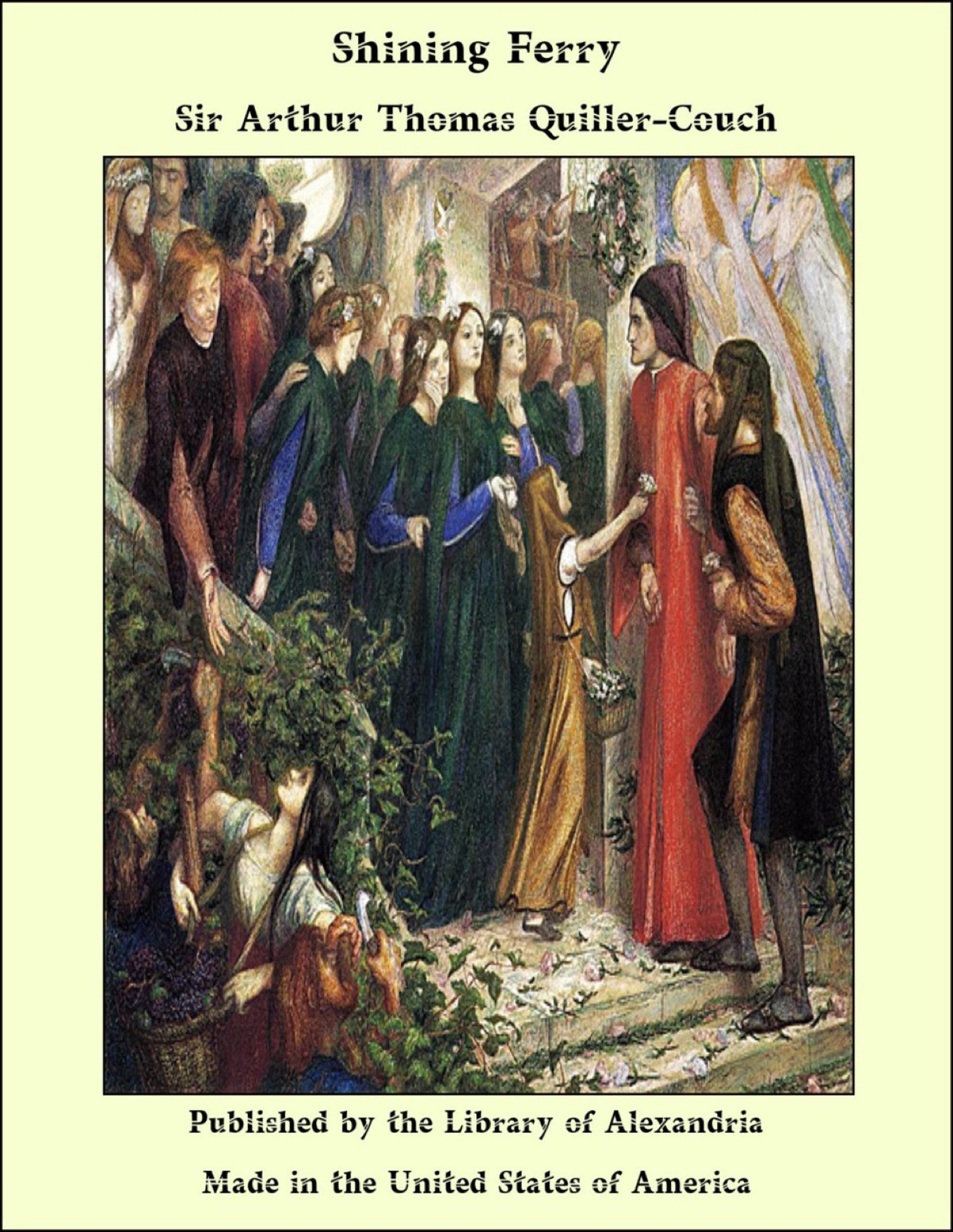 John Rosewarne fetched his hat and staff from the hall, and started on his customary stroll around the farm-buildings, with the small greyhound trotting daintily at his heels. The lands of Hall march with those of a far larger estate, to which they once belonged, and of which Hall itself had once been the chief seat. The house—a grey stone building with two wings and a heavy porch midway between them—dated from 1592, and had received its shape of a capital E in compliment to Queen Elizabeth. King Charles himself had lodged in it for a day during the Civil War, and while inspecting the guns on a terraced walk above the harbour, had narrowly escaped a shot fired across from the town where Essex’s troops lay in force. The shot killed a poor fisherman beside him, and His Majesty that afternoon gave thanks for his own preservation in the private chapel of Hall. In those days, the porch and all the main windows looked seaward upon this chapel across half an acre of green-sward, but the Rosewarnes had since converted the lawn into a farmyard and the shrine into a cow-byre. Above it ran a line of tall elms screening a lane used by the farm-carts, and above this again a great field of arable rounded itself against the sky. From the top of Parc-an-hal—so the field was named—the eye travelled over a goodly prospect: sea and harbour; wide stretches of cultivated land intersected by sunken woodlands which marked the winding creeks of the river; other woodlands yet more distant, embowering the great mansion of Damelioc; the purple rise of a down capped by a monument commemorating ancient battles. The scene held old and deeply written meanings for Rosewarne, as he gazed over it in the descending twilight—meanings he had spent his life to acquire, and other meanings born with him in his blood. Once upon a time there lived a wicked nobleman. He owned Damelioc, and had also for his pleasure the house and estate of Hall, whence his family had moved to their lordlier mansion two generations before his birth. Being exiled to the country from the Court of Queen Anne, he cast about for some civilised way of passing the time, and one day, as he lounged at church in his great pew, his eye fell on Rachel Rosewarne, a gipsy-looking girl, sitting under the gallery. This Rachel’s father was a fisherman, tall of stature, who planted himself one night in the road as my lord galloped homeward to Damelioc. The horse shied, and the rider was thrown. Rosewarne picked him up, dusted his lace coat carefully, and led him aside into this very field of Parc-an-hal. No one knows what talk they held there, but on his lordship’s dying, in 1712, of wounds received in a duel in Hyde Park, Rachel Rosewarne produced a deed, which the widow’s lawyers did not contest, and entered Hall as its mistress, with her son Charles— then five years old.