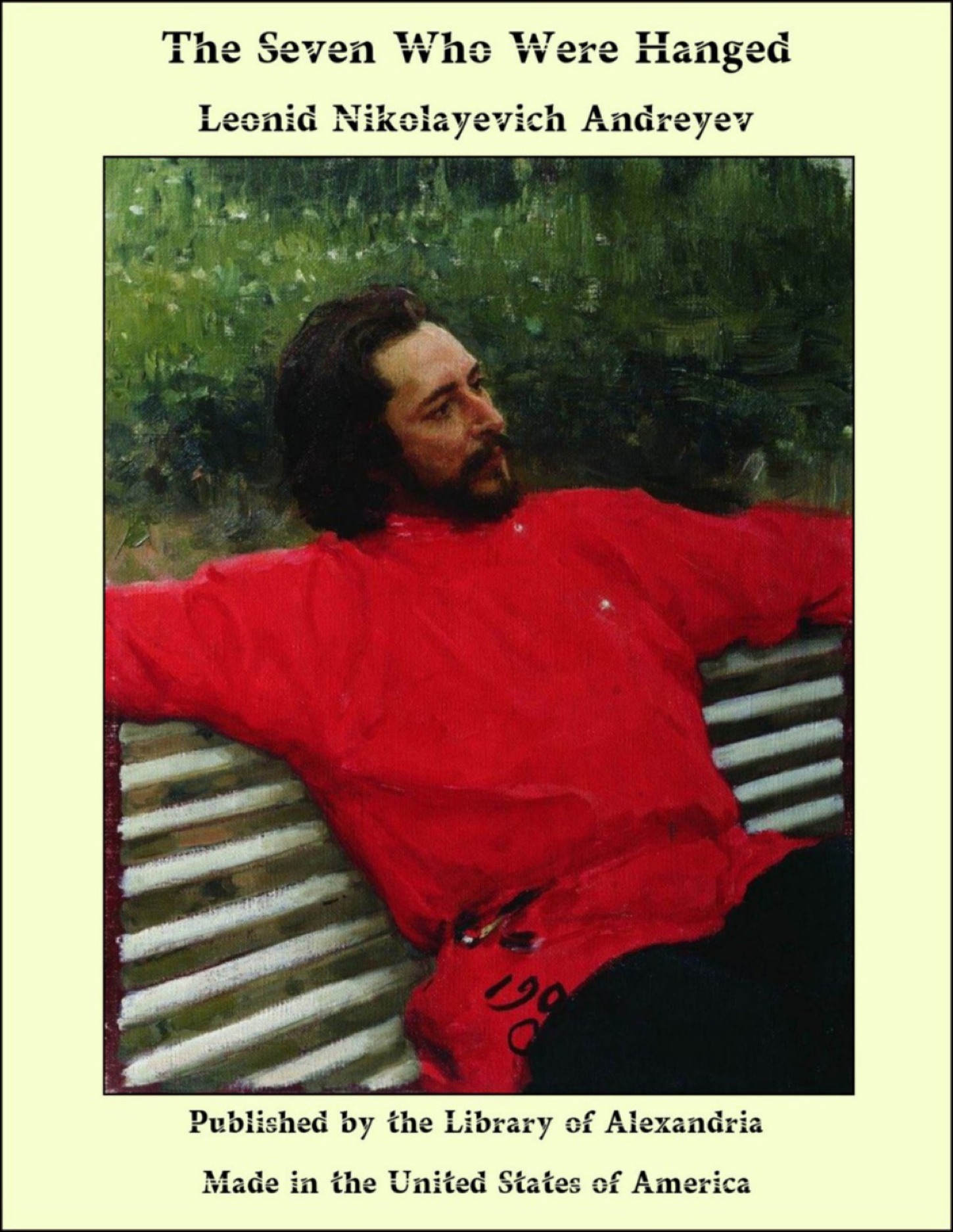 Seven Who Were Hanged

Leonid Andreyev, who was born in Oryol, in 1871, is the most popular, and next to Tolstoy, the most gifted writer in Russia to-day. Andreyev has written many important stories and dramas, the best known among which are "Red Laughter," "Life of Man," "To the Stars," "The Life of Vasily Fiveisky," "Eliazar," "Black Masks," and "The Story of the Seven Who Were Hanged." In "Red Laughter" he depicted the horrors of war as few men had ever before done it. He dipped his pen into the blood of Russia and wrote the tragedy of the Manchurian war. In his "Life of Man" Andreyev produced a great, imaginative "morality" play which has been ranked by European critics with some of the greatest dramatic masterpieces. The story of The Seven Who Were Hanged is thus far his most important achievement. The keen psychological insight and the masterly simplicity with which Andreyev has penetrated and depicted each of the tragedies of the seven who were hanged place him in the same class as an artist with Russia�s greatest masters of fiction, Dostoyevsky, Turgenev and Tolstoy. I consider myself fortunate to be able to present to the English-reading public this remarkable work, which has already produced a profound impression in Europe and which, I believe, is destined for a long time to come to play an important part in opening the eyes of the world to the horrors perpetrated in Russia and to the violence and iniquity of the destruction of human life, whatever the error or the crime. I am very glad that "The Story of the Seven Who Were Hanged" will be read in English. The misfortune of us all is that we know so little, even nothing, about one another�neither about the soul, nor the life, the sufferings, the habits, the inclinations, the aspirations of one another. Literature, which I have the honor to serve, is dear to me just because the noblest task it sets before itself is that of wiping out boundaries and distances. As in a hard shell, every human being is enclosed in a cover of body, dress, and life. Who is man? We may only conjecture. What constitutes his joy or his sorrow? We may guess only by his acts, which are oft-times enigmatic; by his laughter and by his tears, which are often entirely incomprehensible to us. And if we, Russians, who live so closely together in constant misery, understand one another so poorly that we mercilessly put to death those who should be pitied or even rewarded, and reward those who should be punished by contempt and anger�how much more difficult is it for you Americans, to understand distant Russia? But then, it is just as difficult for us Russians to understand distant America, of which we dream in our youth and over which we ponder so deeply in our years of maturity.