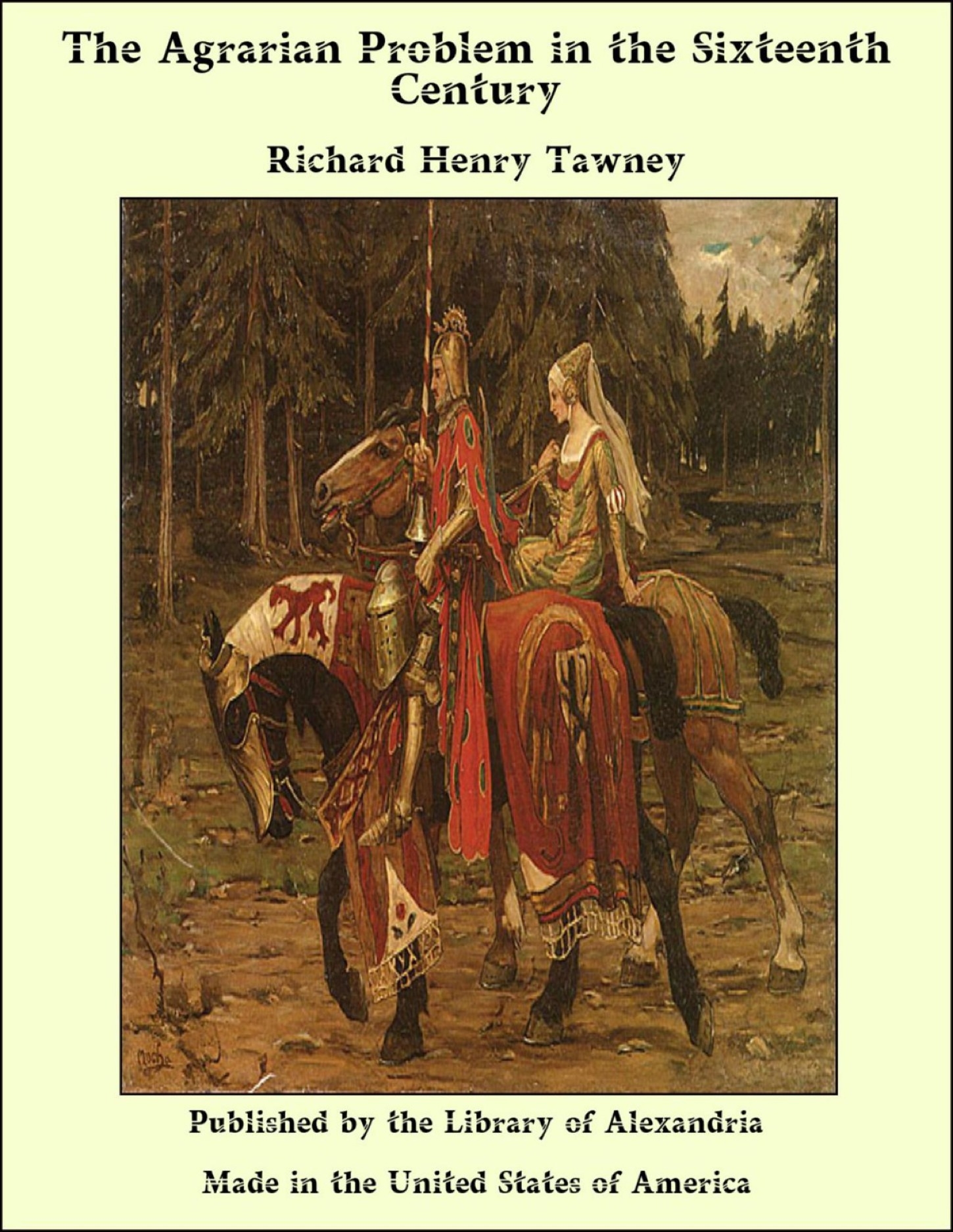 Agrarian Problem in the Sixteenth Century

This book is an attempt to trace one strand in the economic life of England from the close of the Middle Ages to the beginning of the Civil War. As originally planned, it included an account of the relations of the State to trade and manufacturing industry, the growth of which is the most pregnant economic phenomenon of the period. But I soon found that the material was too abundant to be treated satisfactorily in a single work, and I have therefore confined myself in the following pages to a study of agrarian conditions, whose transformation created so much distress, and aroused such searchings of heart among contemporaries. The subject is one upon which much light has been thrown by the researches of eminent scholars, notably Mr. Leadam, Professor Gay, Dr. Savine, and Professor Ashley, and its mediaeval background has been firmly drawn in the great works of Maitland, Seebohm, and Professor Vinogradoff. The reader will see that I have availed myself freely of the results of their investigations. But I have tried, as far as the time at my disposal allowed, to base my picture on original authorities, both printed and manuscript. The supreme interest of economic history lies, it seems to me, in the clue which it offers to the development of those dimly conceived presuppositions as to social expediency which influence the actions not only of statesmen, but of humble individuals and classes, and influence, perhaps, most decisively those who are least conscious of any theoretical bias. On the economic ideas of the sixteenth century in their relation to agrarian conditions I have touched shortly in Part III. of the book, and I hope to treat the whole subject more fully on some future occasion. If in the present work I have given, as I am conscious that I have, undue space to the detailed illustration of particular changes, I must plead that one cannot have the dessert without the dinner, and that a firm foundation of fact, even though as tedious to read as to arrange, is a necessary preliminary to the higher and morephilosophical task of analysing economic conceptions. The reader who desires to start with a bird's-eye view of the subject is advised to turn first to the concluding chapter of Part III.