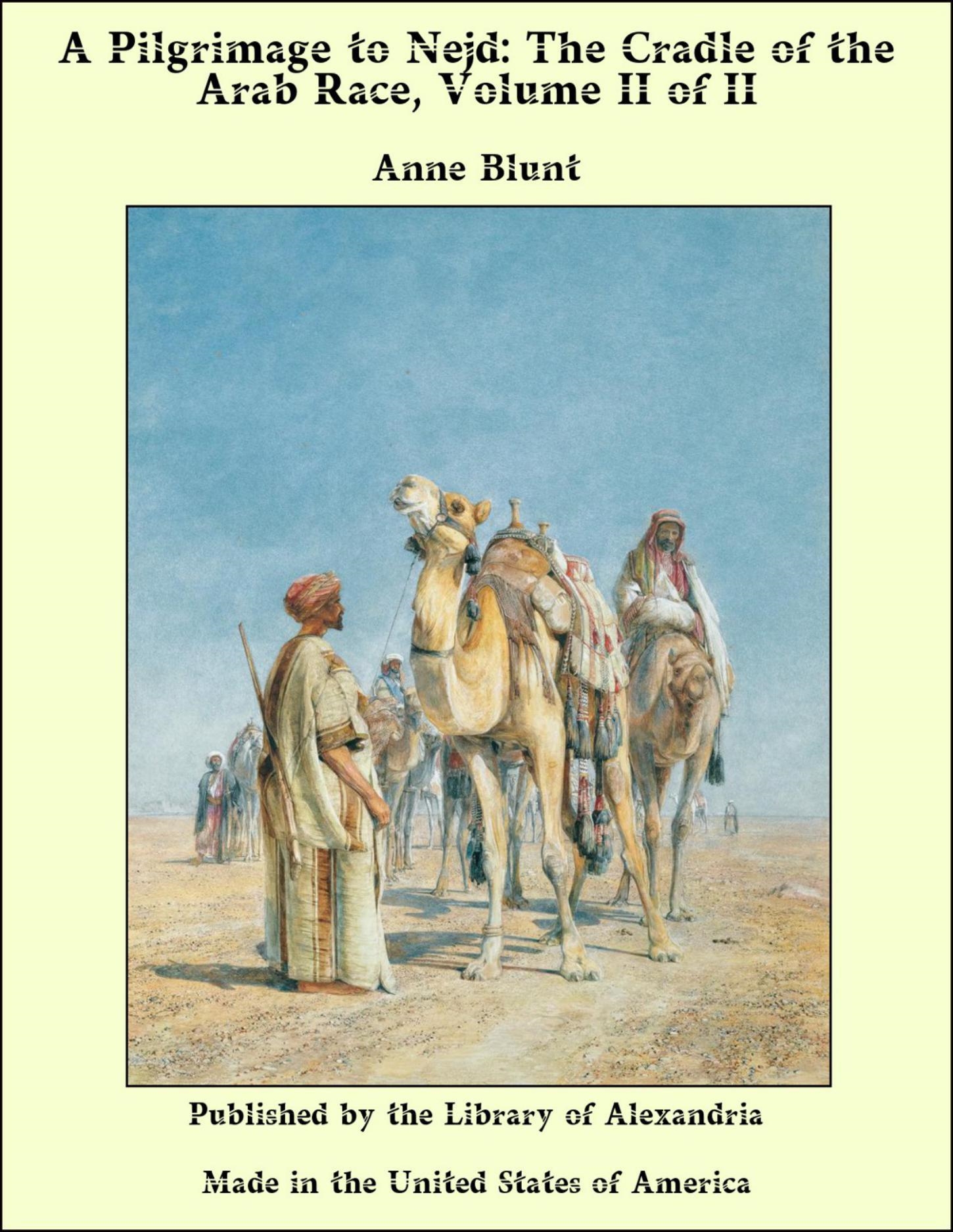 Pilgrimage to Nejd:The Cradle of the Arab Race, Volume II of II

The Cradle of the Arab Race, Volume II of II

Ibn Rashid’s stud is now the most celebrated in Arabia, and has taken the place in public estimation of that stud of Feysul ibn Saoud’s which Mr. Palgrave saw sixteen years ago at Riad, and which he described in the picturesque paragraphs which have since been constantly quoted. The cause of this transference of supremacy from Aared to Jebel Shammar, lies in the political changes which have occurred since 1865, and which have taken the leadership of Central Arabia out of the hands of the Ibn Saouds and put it into those of the Emirs of Haïl. Mohammed ibn Rashid is now not only the most powerful of Bedouin sheykhs, but the richest prince in Arabia; and as such has better means than any other of acquiring the best horses of Nejd, nor have these been neglected by him. The possession of thoroughbred mares is always among the Arabs a symbol of power; and with the loss of their supreme position in Nejd, the Ibn Saouds have lost their command of the market, and their stud has been allowed to dwindle. The quarrels of the two brothers, Abdallah and Saoud, sons of Feysul, on their father’s death, their alternate victories and flights from the capital, and the ruin wrought on them both by the Turks, broke up an establishment which depended on wealth and security for its maintenance; and at the present moment, if common report speaks true, hardly a twentieth part of the old stud remains at Riad. The rest have passed into other hands.