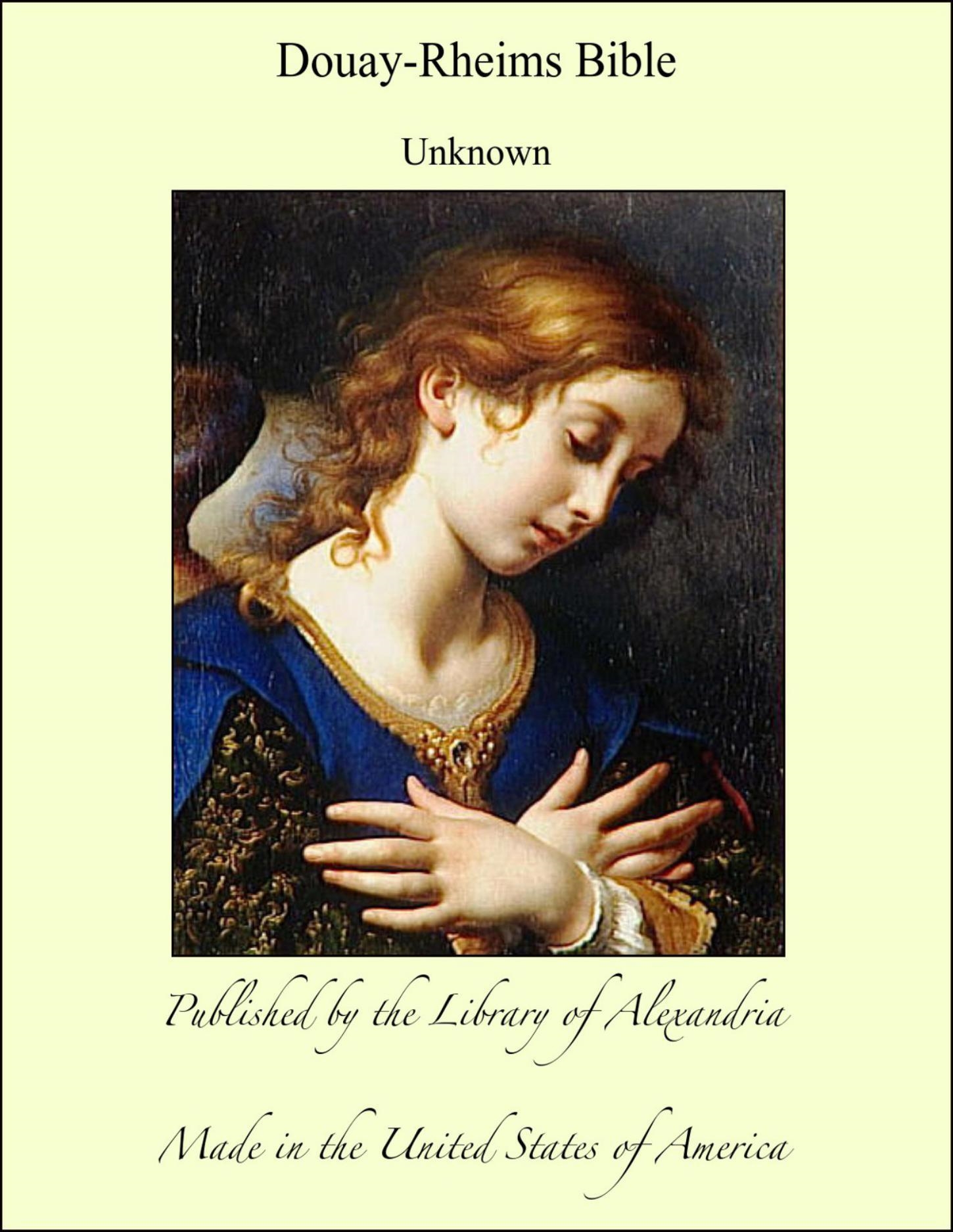 THE former treatise I made, O Theophilus, of all things which Jesus began to do and to teach, 1:2Until the day on which, giving commandments by the Holy Ghost to the apostles whom he had chosen, he was taken up. 1:3To whom also he shewed himself alive after his passion, by many proofs, for forty days appearing to them, and speaking of the kingdom of God. 1:4And eating together with them, he commanded them, that they should not depart from Jerusalem, but should wait for the promise of the Father, which you have heard (saith he) by my mouth. 1:5For John indeed baptized with water, but you shall be baptized with the Holy Ghost, not many days hence. 1:6They therefore who were come together, asked him, saying: Lord, wilt thou at this time restore again the kingdom to Israel? 1:7But he said to them: It is not for you to know the times or moments, which the Father hath put in his own power: 1:8But you shall receive the power of the Holy Ghost coming upon you, and you shall be witnesses unto me in Jerusalem, and in all Judea, and Samaria, and even to the uttermost part of the earth. 1:9And when he had said these things, while they looked on, he was raised up: and a cloud received him out of their sight. 1:10And while they were beholding him going up to heaven, behold two men stood by them in white garments.