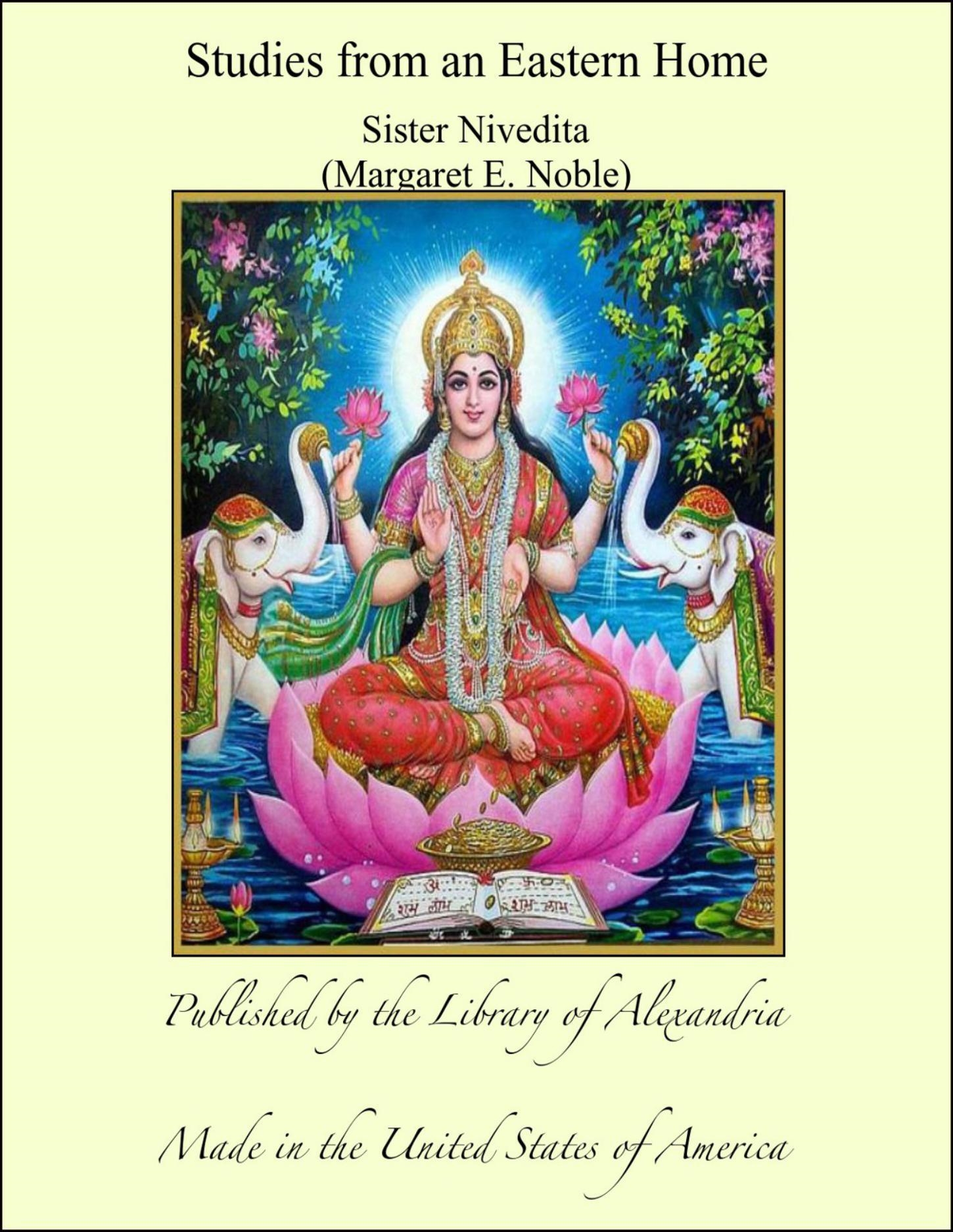 Studies from an Eastern Home

IT is now nearly ten years since there was published, under the title of The Web of Indian Life, a book which immediately found its appropriate public. In England and America it was recognised as belonging to that newer and finer type of interpretation as applied to the East of which our time has produced some noteworthy examples; in India it was welcomed as almost the first attempt on the part of an English writer to present the ethical and social ideals embodied in the Indian woman and family. Many among the readers of the book were aware that its author stood in a unique relation to the Indian people: that she had identified herself without reserve with their life and been dedicated wholly to their service; while not a few were assured that she was destined to carry forward the task thus brilliantly begun of revealing the inner side of Eastern society to the West. But this was not to be. Two years ago she died, with her work in India, as it seemed to those who knew her best and had most reason to hope greatly, hardly more than envisaged and planned. Margaret Noble, known for some twelve years to multitudes of people throughout India as Sister Nivedita, was of Irish parentage and birth, and was born at Dungannon, Co. Tyrone, in 1867. Very soon afterwards her father, Samuel Richmond Noble, entered the Lancashire Independent College, in preparation for the Congregational ministry, but did not live to fulfil his early promise. Margaret, his elder daughter, passed from school in the north of England to a teacher's training, and was fortunate enough to become acquainted in London with some of the most enthusiastic apostles of the New Education. Her practical experience was gained as teacher in various girls' schools, and more especially in association with a Dutch lady who had established in a suburb of South London a school of a thoroughly modern type. In 1892, being then in her twenty-fifth year, she opened at Wimbledon a school of her own in which she strove to give expression to the broad and fine conception of girls' education with which then and afterwards she was identified. At Wimbledon, too, she was the centre of a group of friends, eager inquirers into everything, given to the discussion of books, ethics, and society with the confident energy of youth, and beginning in several directions social work which has since borne varied fruit. Always, however, with Margaret Noble, intellectual inquiry was immediately related to what she regarded as her proper work—education; and she was one of the most active of those, mostly, like herself, concerned with the newer applications of educational theory, who, twenty years or so ago, founded the Sesame Club, the earliest in this country of those social centres for men and women which have since so largely multiplied. Busy with her school and kindred schemes, abounding in life, a keen reader and thinker, with a continually widening circle of friends—such she was in 1895, when there came into her life the influence which in a few months altered its whole current and purpose.