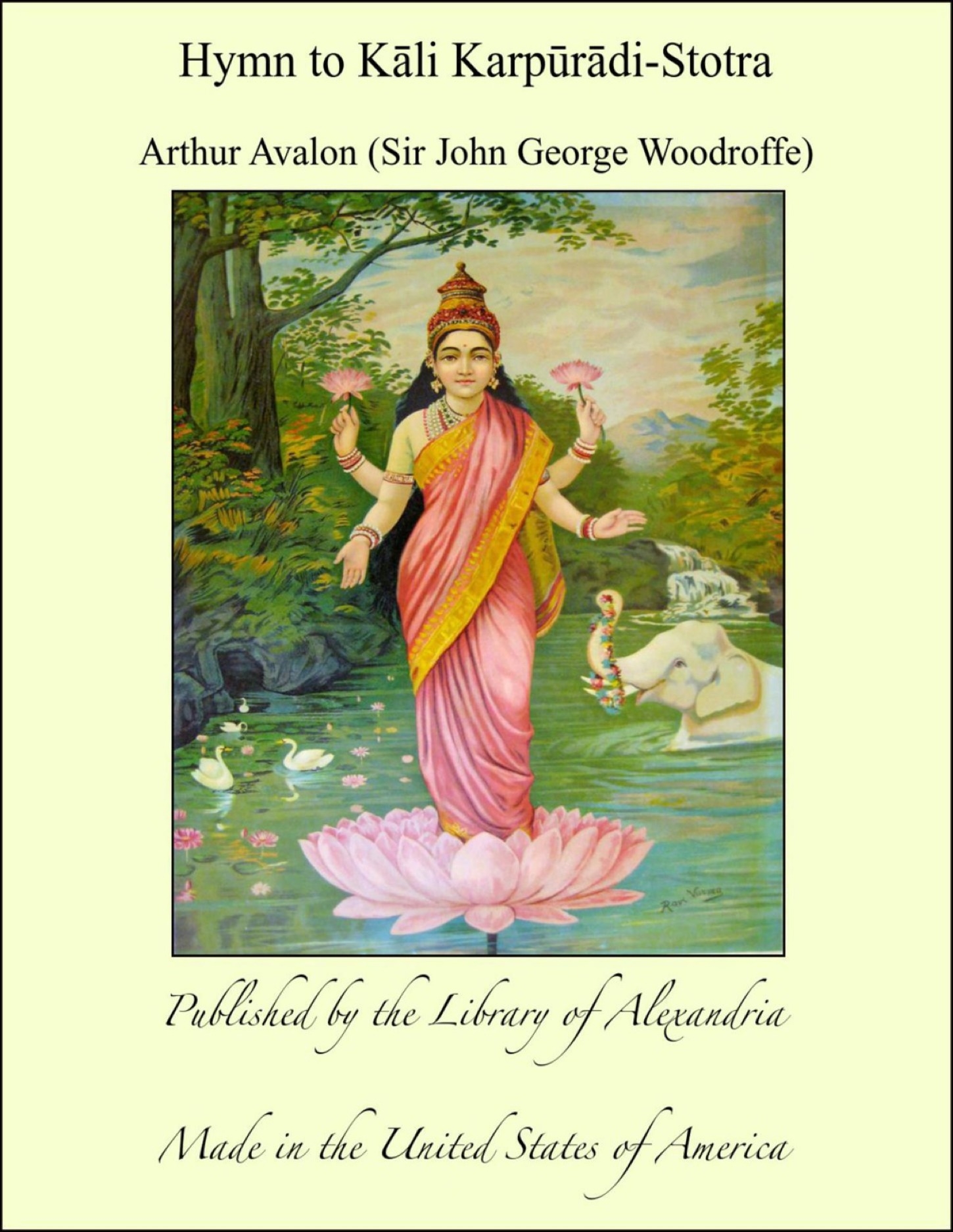 THIS celebrated Kaula Stotra, which is now translated from the Sanskrit for the first time, is attributed to Mahakala Himself. The Text used is that of the edition published at Calcutta in 1899 by the Sanskrit Press Depository, with a commentary in Sanskrit by the late Mahamahopadhyaya K??h?anatha Nyaya-pañcanana, who was both very learned in Tantra-Sastra and faithful to his Dharma. He thus refused the offer of a good Government Post made to him personally by a former Lieutenant-Governor on the ground that he would not accept money for imparting knowledge. Some variants in reading are supplied by this commentator. I am indebted to him for the Notes, or substance of the notes, marked K. B. To these I have added others, both in English and Sanskrit explaining matters and allusions familiar doubtless to those for whom the original was designed, but not so to the English or even ordinary Indian reader. I have also referred to the edition of the Stotra published by Ga?esa-Candra-Gho?a at Calcutta in 1891, with a translation in Bengali by Gurunatha Vidyanidhi, and commentary by Durgarama-Siddhantavagisa Bhattacarya. I publish for the first time Vimalananda-Svami's Commentary to which I again refer later. When in this Introduction or in the Commentary I have not mentioned these two works my authorities are the Tantras or Tantrik works which I cite, or. the information I have gathered from those whom I have consulted.