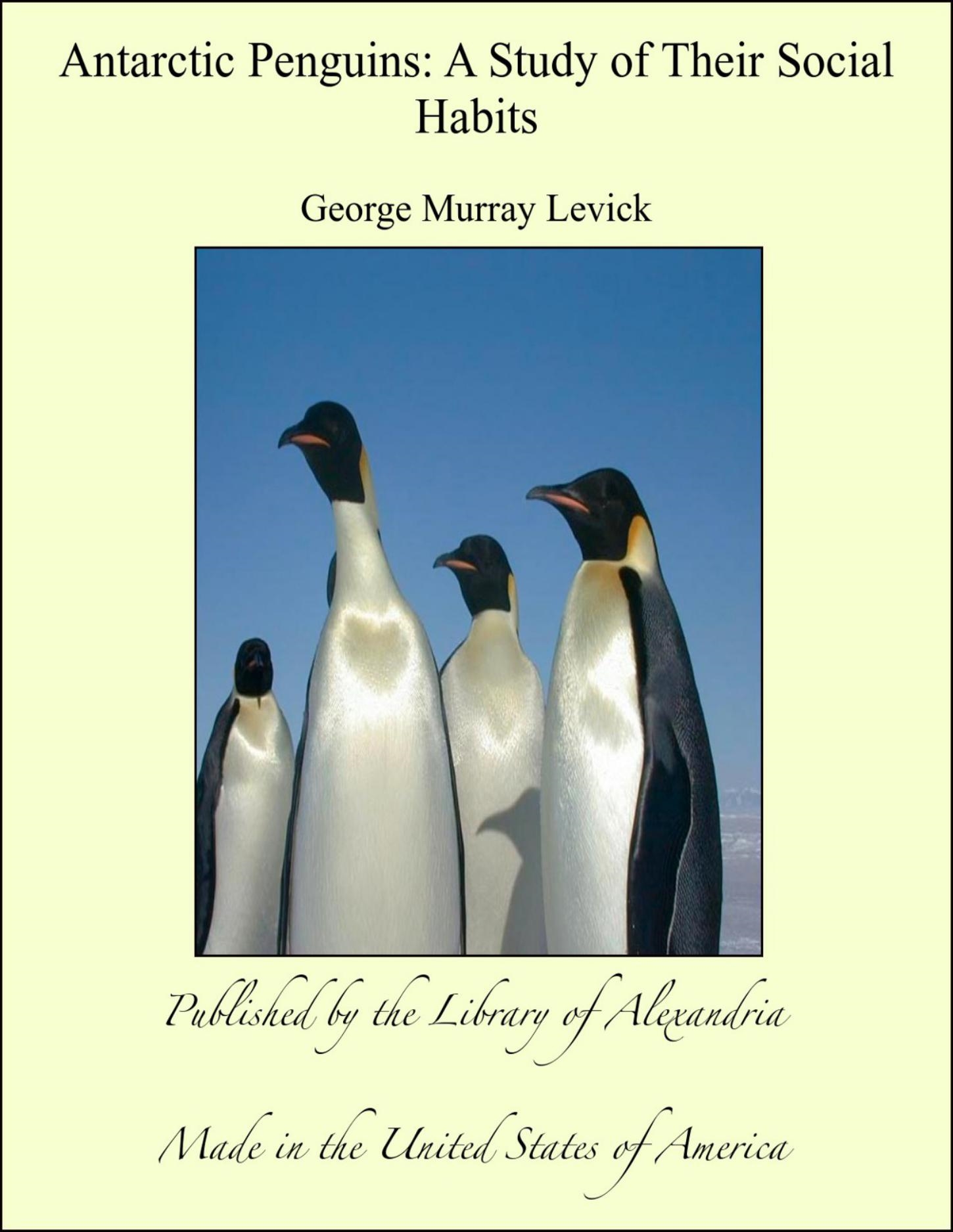 A Study of Their Social Habits

The penguins of the Antarctic regions very rightly have been termed the true inhabitants of that country. The species is of great antiquity, fossil remains of their ancestors having been found, which showed that they flourished as far back as the eocene epoch. To a degree far in advance of any other bird, the penguin has adapted itself to the sea as a means of livelihood, so that it rivals the very fishes. This proficiency in the water has been gained at the expense of its power of flight, but this is a matter of small moment, as it happens. In few other regions could such an animal as the penguin rear its young, for when on land its short legs offer small advantage as a means of getting about, and as it cannot fly, it would become an easy prey to any of the carnivora which abound in other parts of the globe. Here, however, there are none of the bears and foxes which inhabit the North Polar regions, and once ashore the penguin is safe. The reason for this state of things is that there is no food of any description to be had inland. Ages back, a different state of things existed: tropical forests abounded, and at one time, the seals ran about on shore like dogs. As conditions changed, these latter had to take to the sea for food, with the result that their four legs, in course of time, gave place to wide paddles or “flippers,” as the penguins' wings have done, so that at length they became true inhabitants of the sea.