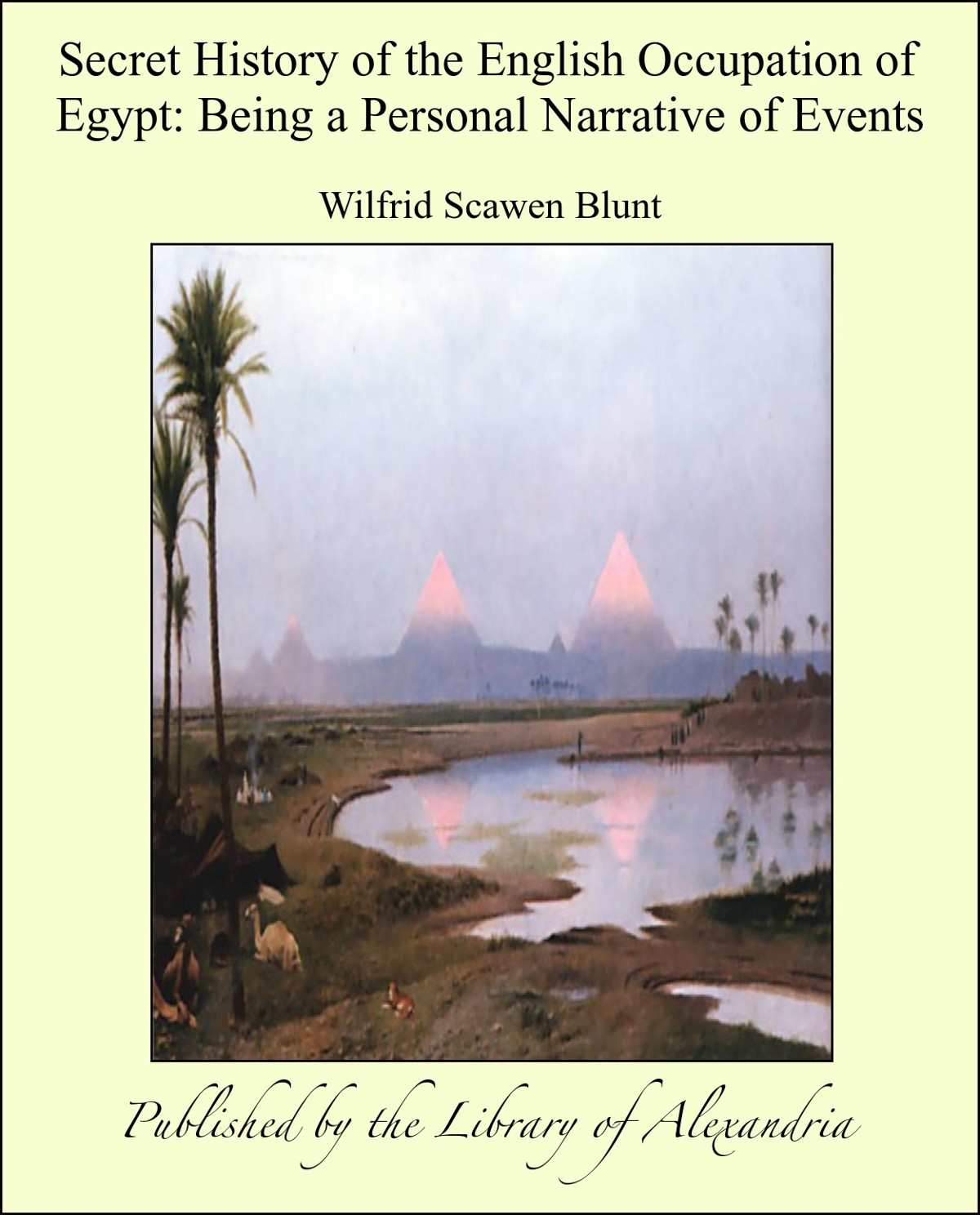 Secret History of the English Occupation of Egypt:Being a Personal Narrative of Events

Being a Personal Narrative of Events

I desire to place on record in a succinct and tangible form the events which have come within my knowledge relating to the origin of the English occupation of Egypt—not necessarily for publication now, but as an available document for the history of our times. At one moment I played in these events a somewhat prominent part, and for nearly twenty years I have been a close and interested spectator of the drama which was being acted at Cairo. It may well be, also, that the Egyptian question, though now quiescent, will reassert itself unexpectedly in some urgent form hereafter, requiring of Englishmen a new examination of their position there, political and moral; and I wish to have at hand and ready for their enlightenment the whole of the materials I possess. I will give these as clearly as I can, with such documents in the shape of letters and journals as I can bring together in corroboration of my evidence, disguising nothing and telling the whole truth as I know it. It is not always in official documents that the truest facts of history are to be read, and certainly in the case of Egypt, where intrigue of all kinds has been so rife, the sincere student needs help to understand the published parliamentary papers. Lastly, for the Egyptians, if ever they succeed in re-establishing themselves as an autonomous nation, it will be of value that they should have recorded the evidence of one whom they know to be their sincere friend in regard to matters of diplomatic obscurity which to this day they fail to realize. My relations with Downing Street in 1882 need to be related in detail if Egyptians are ever to appreciate the exact causes which led to the bombardment of Alexandria and the battle of Tel-el-Kebir, while justice to the patriot leader of their