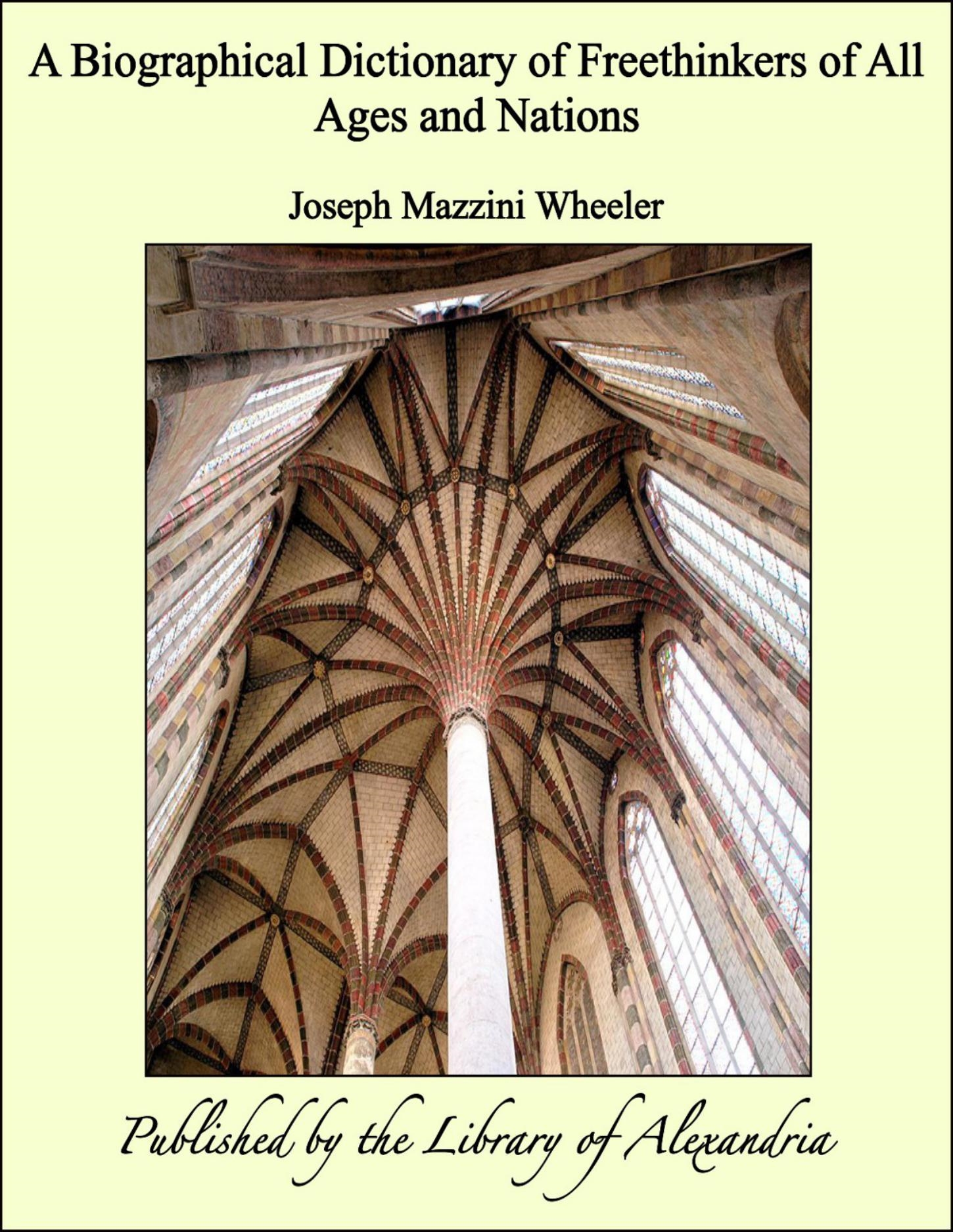 Biographical Dictionary of Freethinkers of All Ages and Nations

John Stuart Mill in his “Autobiography” declares with truth that “the world would be astonished if it knew how great a proportion of its brightest ornaments, of those most distinguished even in popular estimation for wisdom and virtue are complete sceptics in religion.” Many of these, as Mill points out, refrain from various motives from speaking out. The work I have undertaken will, I trust, do something to show how many of the world’s worthiest men and women have been Freethinkers. My Dictionary does not pretend to be a complete list of those who have rendered services to Freethought. To form such a compilation would rather be the task of an international society than of an individual. Moreover details concerning many worthy workers are now inaccessible. Freethought boasts its noble army of martyrs of whom the world was not worthy, and who paid the penalty of their freedom in prison or at the stake. Some of the names of these are only known by the vituperation of their adversaries. I have done my best to preserve some trustworthy record of as many as possible. The only complete work with a similar design of which I have any knowledge, is the Dictionnaire des Athées anciens et modernes, by Sylvain Maréchal with its supplements by Jerome de Lalande the Astronomer, An. VIII. (1800)–1805. That work, which is now extremely rare, gave scarcely any biographical details, and unfortunately followed previous orthodox atheographers, such as Buddeus, Reimmann, Hardouin, Garasse, Mersenne, in classing as Atheists those to whom the title was inapplicable. I have taken no names from these sources without examining the evidence. A work was issued by Richard Carlile in 1826, entitled A Dictionary of Modern Anti-Superstionists; or, “an account, arranged alphabetically, of those who, whether called Atheists, Sceptics, Latitudinarians, Religious Reformers, or etc., have during the last ten centuries contributed towards the diminution of superstition. Compiled by a searcher after Truth.” The compiler, as I have reason to know, was Julian Hibbert, who brought to his task adequate scholarship and leisure. It was, however, conceived on too extensive a scale, and in 128 pages, all that was issued, it only reached to the name of Annet. Julian Hibbert also compiled chronological tables of English Freethinkers, which were published in the Reasoner for 1855