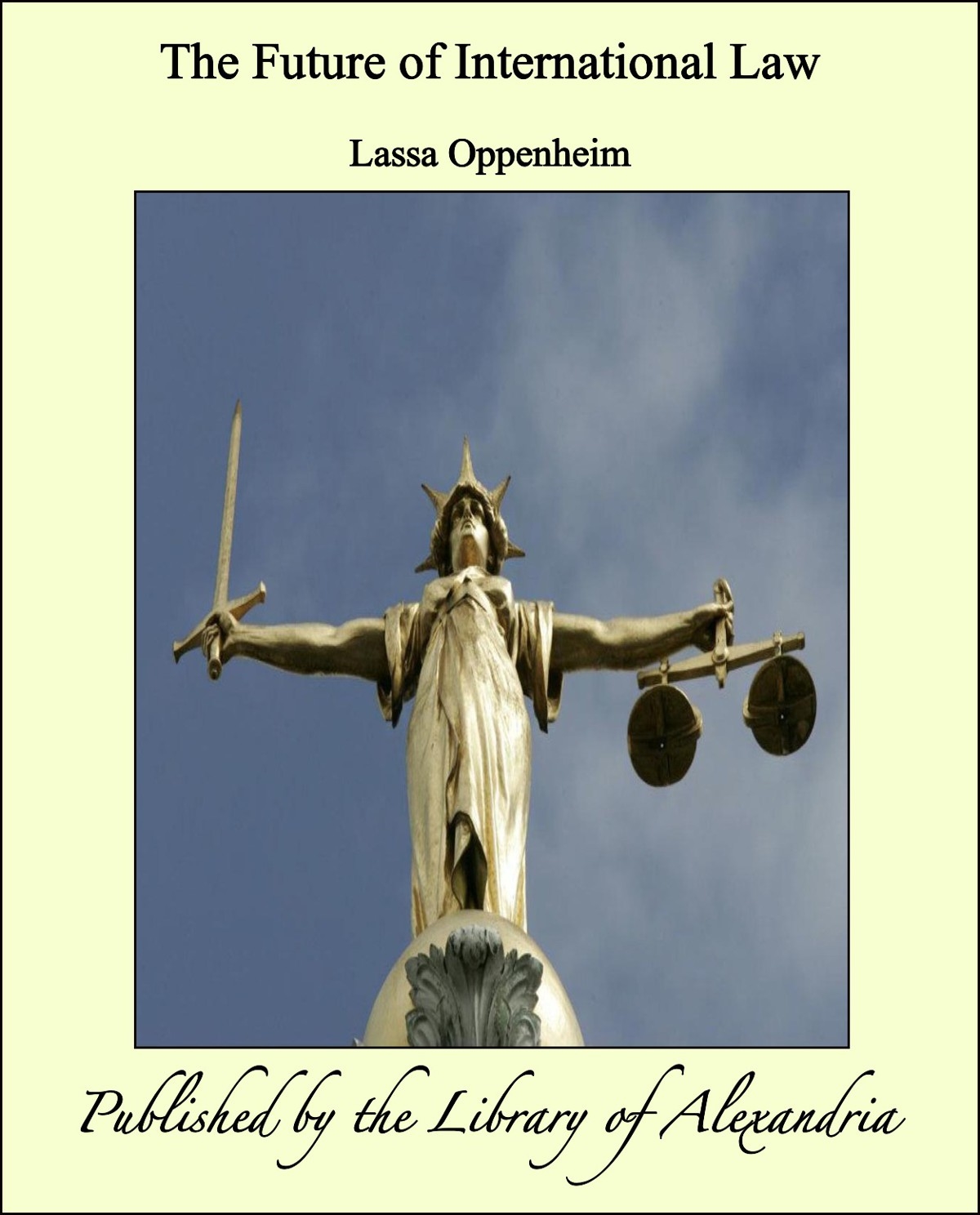 'This little work,' he said, 'originally written in German, was first published in 1911, under the title Die Zukunft des Völkerrechts (Leipzig: W. Engelmann), as a contribution to the Festschrift offered to Professor Karl Binding. Events which have since happened make it necessary to call the reader’s attention to the date of original publication. 'The translation into English has been made by Dr. John Pawley Bate. In accordance with the wish of the author some slight modifications of the original text were made before translation. The numbers of the paragraphs and the marginal summaries do not appear in the original.' As was his wont with all his publications, Professor Oppenheim had sent the undersigned a copy of the German text. The value of 'this little work', as its author called it, was at once apparent, and he yielded to the suggestion that it be put into English, in order that it might be available to English readers in the four quarters of the globe. It was accordingly translated, set up in type, and was on the point of appearing, when on July 28, 1914, the then Austro-Hungarian Monarchy declared war upon Serbia; on August 1 the then German Empire declared war upon Russia, and two days later against France, violated the neutrality of Luxemburg on the same day, and the neutrality of Belgium on the night of the 3rd and 4th of August—thus beginning the series of wars which, taken together, are commonly called the World War. Professor Oppenheim subsequently came to the conclusion that it would be better to withhold publication until the end of the war. It was done, and the deposit of ratifications of the Treaty of Versailles on January 10, 1920, removed this obstacle