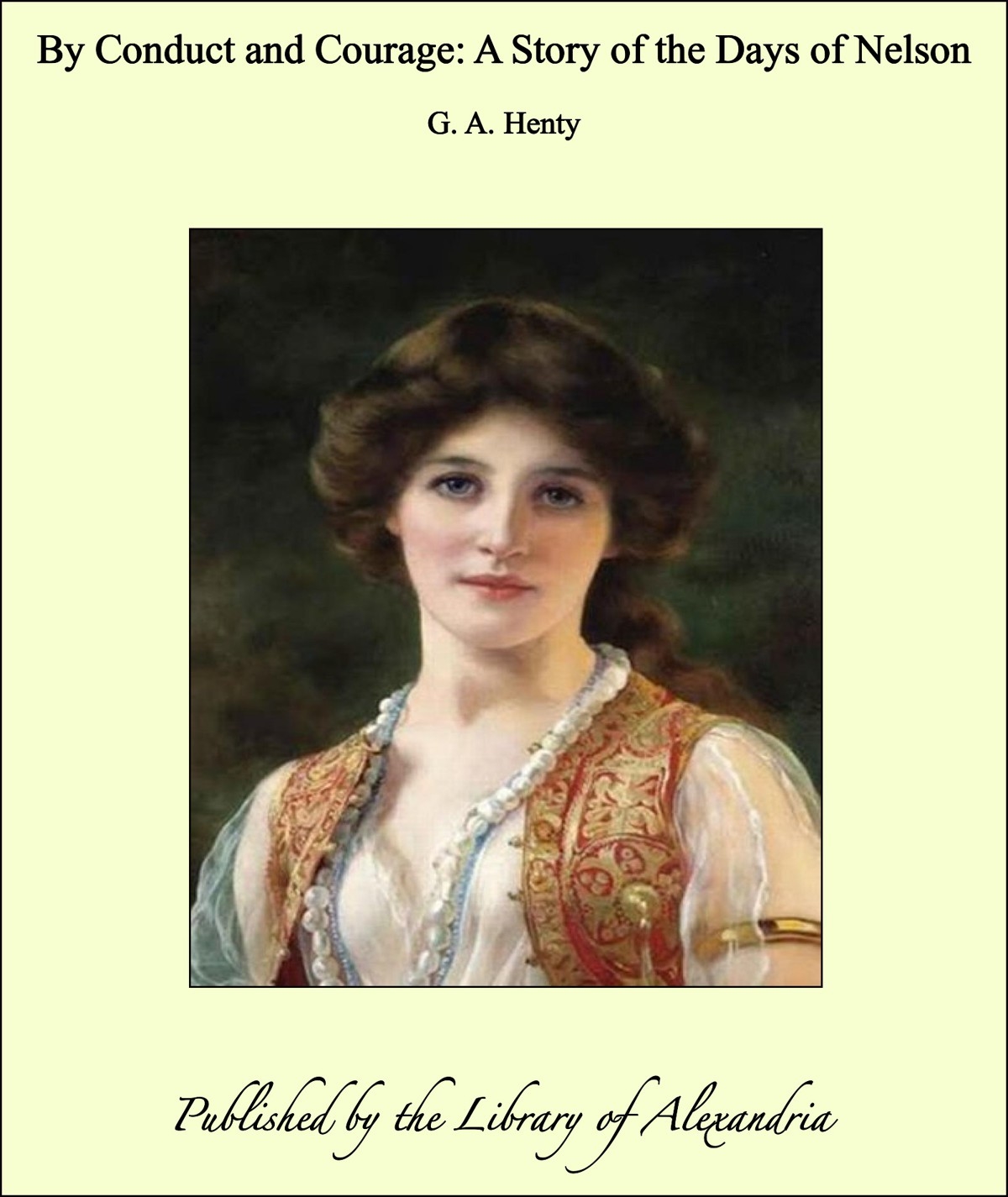 By Conduct and Courage

A Story of the Days of Nelson

AN ORPHAN A wandering musician was a rarity in the village of Scarcombe. In fact, such a thing had not been known in the memory of the oldest inhabitant. What could have brought him here? men and women asked themselves. There was surely nobody who could dance in the village, and the few coppers he would gain by performing on his violin would not repay him for his trouble. Moreover, Scarcombe was a bleak place, and the man looked sorely shaken with the storm of life. He seemed, indeed, almost unable to hold out much longer; his breath was short, and he had a hacking cough. To the surprise of the people, he did not attempt to play for their amusement or to ask, in any way, for alms. He had taken a lodging in the cottage of one of the fishermen, and on fine days he would wander out with his boy, a child some five years old, and, lying down on the moorland, would play soft tunes to himself. So he lived for three weeks; and then the end came suddenly. The child ran out one morning from his room crying and saying that daddy was asleep and he could not wake him, and on the fisherman going in he saw that life had been extinct for some hours. Probably it had come suddenly to the musician himself, for there was found among his scanty effects no note or memorandum giving a clue to the residence of the child’s friends, or leaving any direction concerning him. The clergyman was, of course, called in to advise as to what should be done. He was a kind-hearted man, and volunteered to bury the dead musician without charging any fees. After the funeral another question arose. What was to be done with the child? He was a fine-looking, frank boy, who had grown and hardened beyond his years by the life he had led with his father. Fifteen pounds had been found in the dead man’s kit. This, however, would fall to the share of the workhouse authorities if they took charge of him. A sort of informal council was held by the elder fishermen