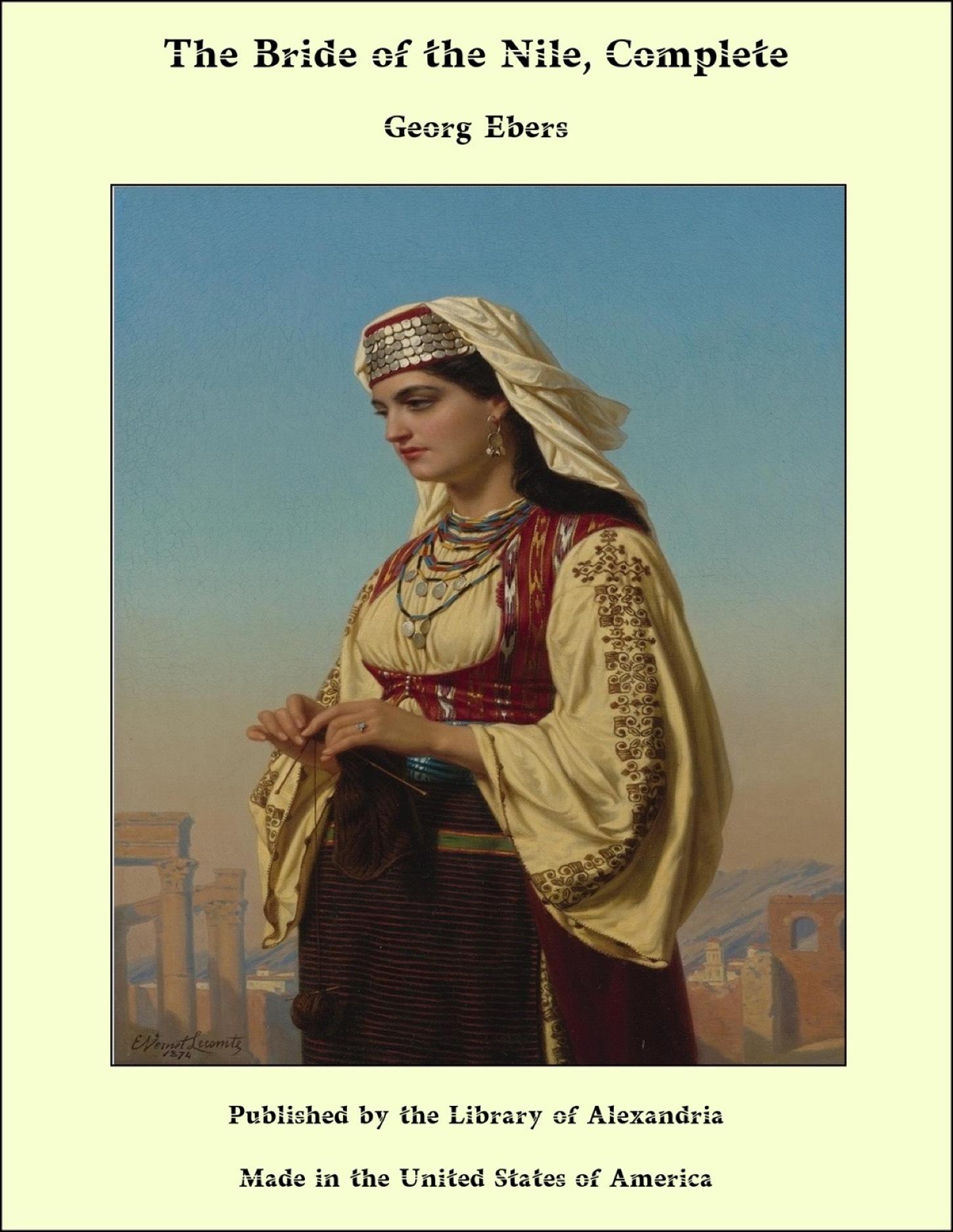 Bride of the Nile, Complete

Half a lustrum had elapsed since Egypt had become subject to the youthful power of the Arabs, which had risen with such unexampled vigor and rapidity. It had fallen an easy prey, cheaply bought, into the hands of a small, well-captained troop of Moslem warriors; and the fair province, which so lately had been a jewel of the Byzantine Empire and the most faithful foster-mother to Christianity, now owned the sway of the Khalif Omar and saw the Crescent raised by the side of the Cross. It was long since a hotter season had afflicted the land; and the Nile, whose rising had been watched for on the Night of Dropping—the 17th of June—with the usual festive preparations, had cheated the hopes of the Egyptians, and instead of rising had shrunk narrower and still narrower in its bed.—It was in this time of sore anxiety, on the 10th of July, A.D. 643, that a caravan from the North reached Memphis. It was but a small one; but its appearance in the decayed and deserted city of the Pyramids—which had grown only lengthwise, like a huge reed-leaf, since its breadth was confined between the Nile and the Libyan Hills—attracted the gaze of the passers-by, though in former years a Memphite would scarcely have thought it worth while to turn his head to gaze at an interminable pile of wagons loaded with merchandise, an imposing train of vehicles drawn by oxen, the flashing maniples of the imperial cavalry, or an endless procession wending its way down the five miles of high street