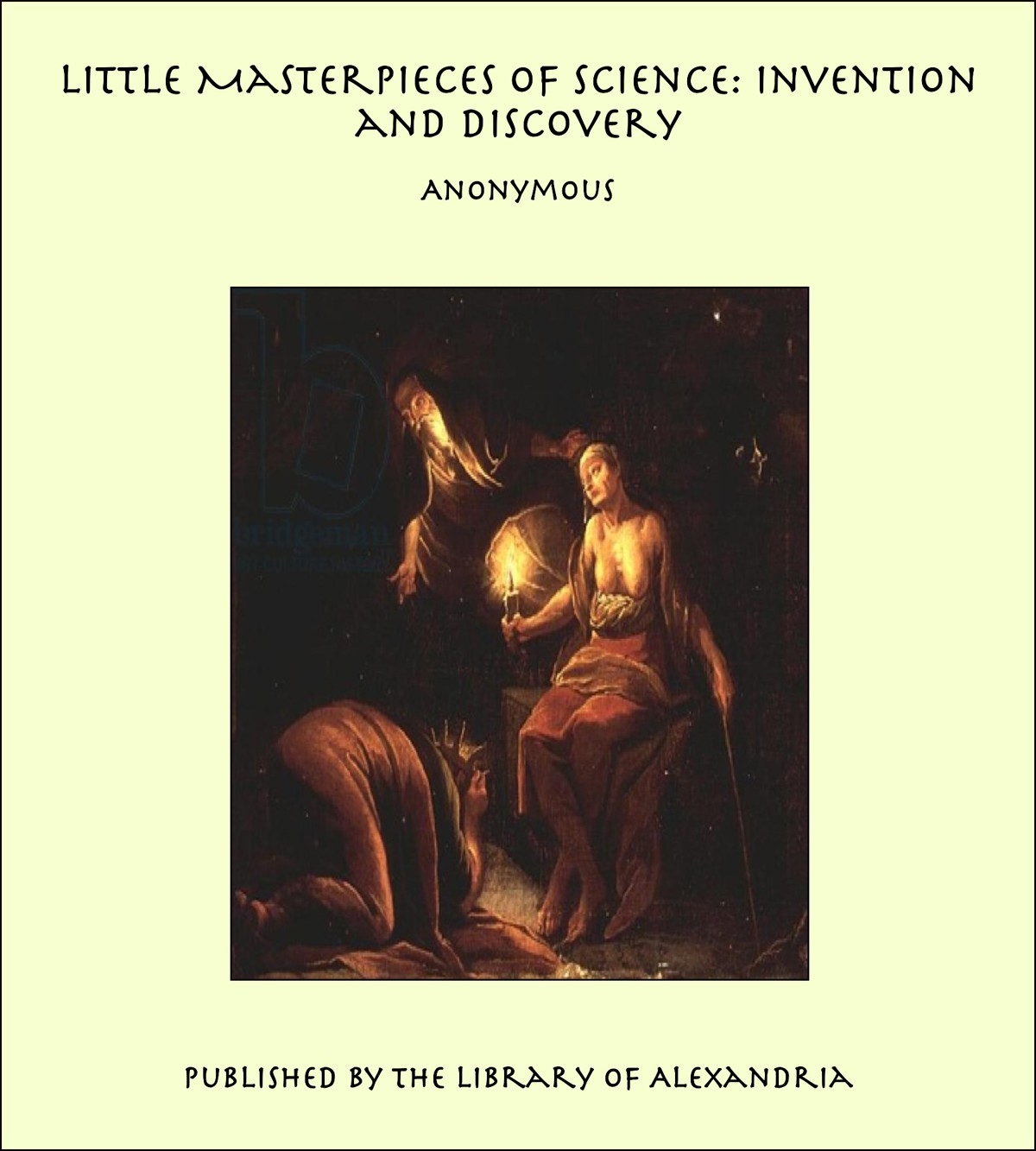 Little Masterpieces of Science:Invention and Discovery

To a good many of us the inventor is the true hero for he multiplies the working value of life. He performs an old task with new economy, as when he devises a mowing-machine to oust the scythe; or he creates a service wholly new, as when he bids a landscape depict itself on a photographic plate. He, and his twin brother, the discoverer, have eyes to read a lesson that Nature has held for ages under the undiscerning gaze of other men. Where an ordinary observer sees, or thinks he sees, diversity, a Franklin detects identity, as in the famous experiment here recounted which proves lightning to be one and the same with a charge of the Leyden jar. Of a later day than Franklin, advantaged therefor by new knowledge and better opportunities for experiment, stood Faraday, the founder of modern electric art. His work gave the world the dynamo and motor, the transmission of giant powers, almost without toll, for two hundred miles at a bound. It is, however, in the carriage of but trifling quantities of motion, just enough for signals, that electricity thus far has done its most telling work. Among the men who have created the electric telegraph Joseph Henry has a commanding place. A short account of what he did, told in his own words, is here presented. Then follows a narrative of the difficult task of laying the first Atlantic cables, a task long scouted as impossible: it is a story which proves how much science may be indebted to unfaltering courage, to faith in ultimate triumph. To give speech the wings of electricity, to enable friends in Denver and New York to converse with one another, is a marvel which only familiarity places beyond the pale of miracle. Shortly after he perfected the telephone Professor Bell described the steps which led to its construction. That recital is here reprinted. A recent wonder of electric art is its penetration by a photographic ray of substances until now called opaque. Professor Röntgen’s account of how he wrought this feat forms one of the most stirring chapters in the history of science. Next follows an account of the telegraph as it dispenses with metallic conductors altogether, and trusts itself to that weightless ether which brings to the eye the luminous wave. To this succeeds a chapter which considers what electricity stands for as one of the supreme resources of human wit, a resource transcending even flame itself, bringing articulate speech and writing to new planes of facility and usefulness. It is shown that the rapidity with which during a single century electricity has been subdued for human service, illustrates that progress has leaps as well as deliberate steps, so that at last a gulf, all but infinite, divides man from his next of kin. At this point we pause to recall our debt to the physical philosophy which underlies the calculations of the modern engineer. In such an experiment as that of Count Rumford we observe how the corner-stone was laid of the knowledge that heat is motion, and that motion under whatever guise, as light, electricity, or what not, is equally beyond creation or annihilation, however elusively it may glide from phase to phase and vanish from view. In the mastery of Flame for the superseding of muscle, of breeze and waterfall, the chief credit rests with James Watt, the inventor of the steam engine. Beside him stands George Stephenson, who devised the locomotive which by abridging space has lengthened life and added to its highest pleasures. Our volume closes by narrating the competition which decided that Stephenson’s “Rocket” was much superior to its rivals, and thus opened a new chapter in the history of mankind