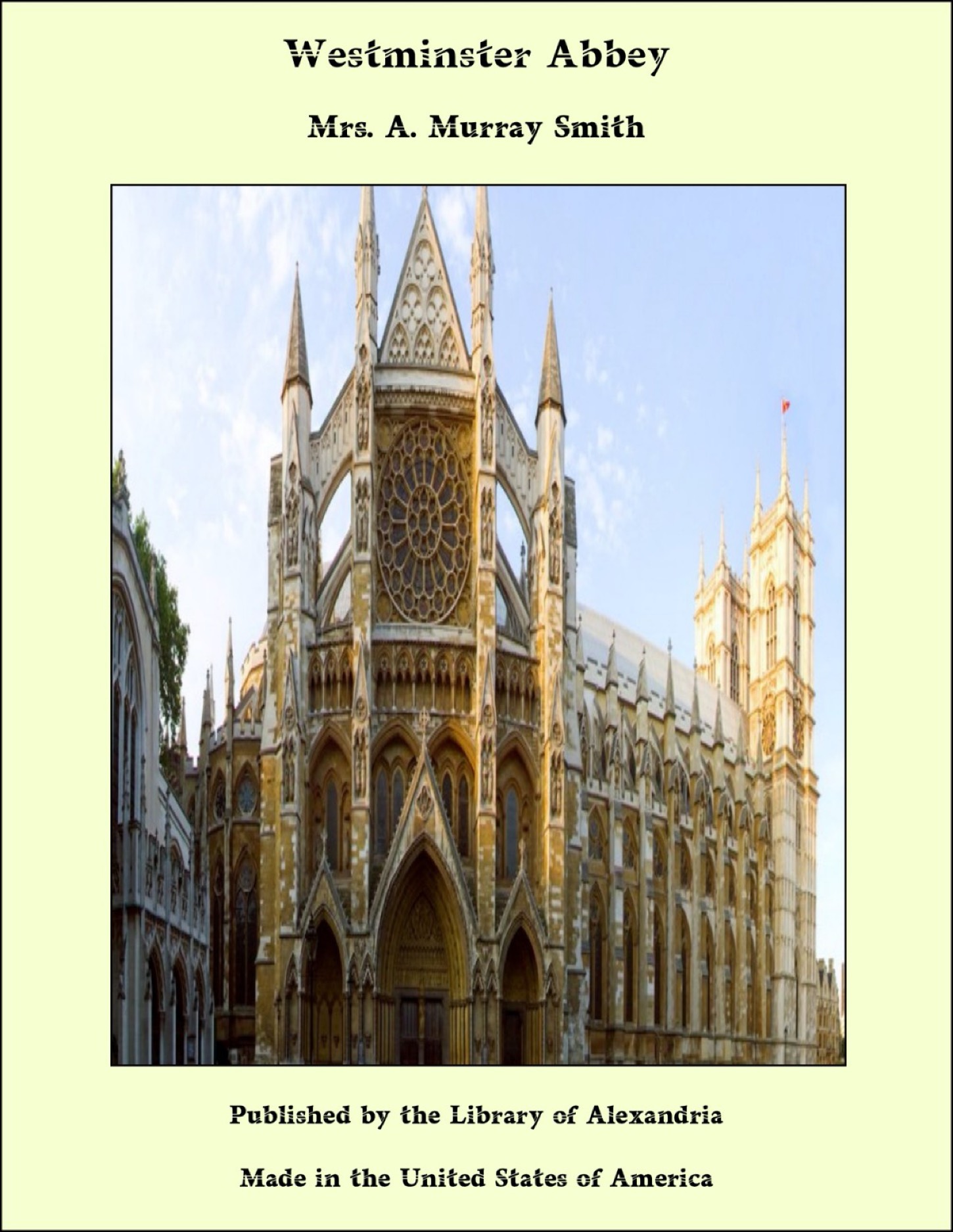 Very rarely, however, in modern days has the church or the college been honoured with a visit from the reigning sovereign in propriâ personâ. At great functions, such as public funerals, the heir-apparent is occasionally present, but the Crown is usually represented by a Court official, and the Dean’s stall, which is only vacated for the reigning king or queen, has been occupied on very rare occasions in the last hundred years. The Latin play acted by the Westminster scholars every winter term, was formerly a gala occasion on which royalty used often to be present, but the old custom was gradually dropped. In the year 1903, for the first time within the memory of this generation, a royal person, H.R.H. the Duchess of Argyll, was present at the performance. There are several points of view whence the group of buildings formed by the Abbey, St. Margaret’s Church, Westminster Hall, and the Houses of Parliament, can be seen above the roofs of the houses, or without any intervening obstruction. The foreigner who arrives at Charing Cross first sees Westminster from the railway bridge, and gets another and a nearer aspect as he reaches the bottom of Whitehall. Now that passenger-steamers ply once again upon the river, many persons are familiar with the unrivalled water approach, but no longer does the wayfarer coming from the south or east hire a boat from the Lambeth side, and thus follow the traditional route taken by St. Peter, when he came to consecrate the original church on Thorneye. Although the Roman road, which led from north to south of England, and crossed the river here, is entirely lost sight of in London, the intending visitor will be well advised if he walk to the Abbey by the parks. From the bridge over the Serpentine he gets a distant view, and all the way, by Green Park and St. James’s, there are glimpses of the Westminster Towers. At present, in the temporary absence of any building where the old aquarium used to be, he has but to cross Birdcage Walk, take the old Cockpit passage into Queen Anne’s Gate, and from Dartmouth Street, just across the way, he will see a magnificent view of the Abbey Church with her small daughter, St Margaret, by her side. As he approaches nearer, down Tothill Street, the ugly Western Towers, which we owe in the first instance to Wren’s incapacity to understand Gothic architecture, in the second to his successor Hawkesmore’s want of taste in the execution, become too prominent. View of the Abbey and St. Margaret’s Church from Whitehall GENERAL VIEW OF THE ABBEY FROM WHITEHALL