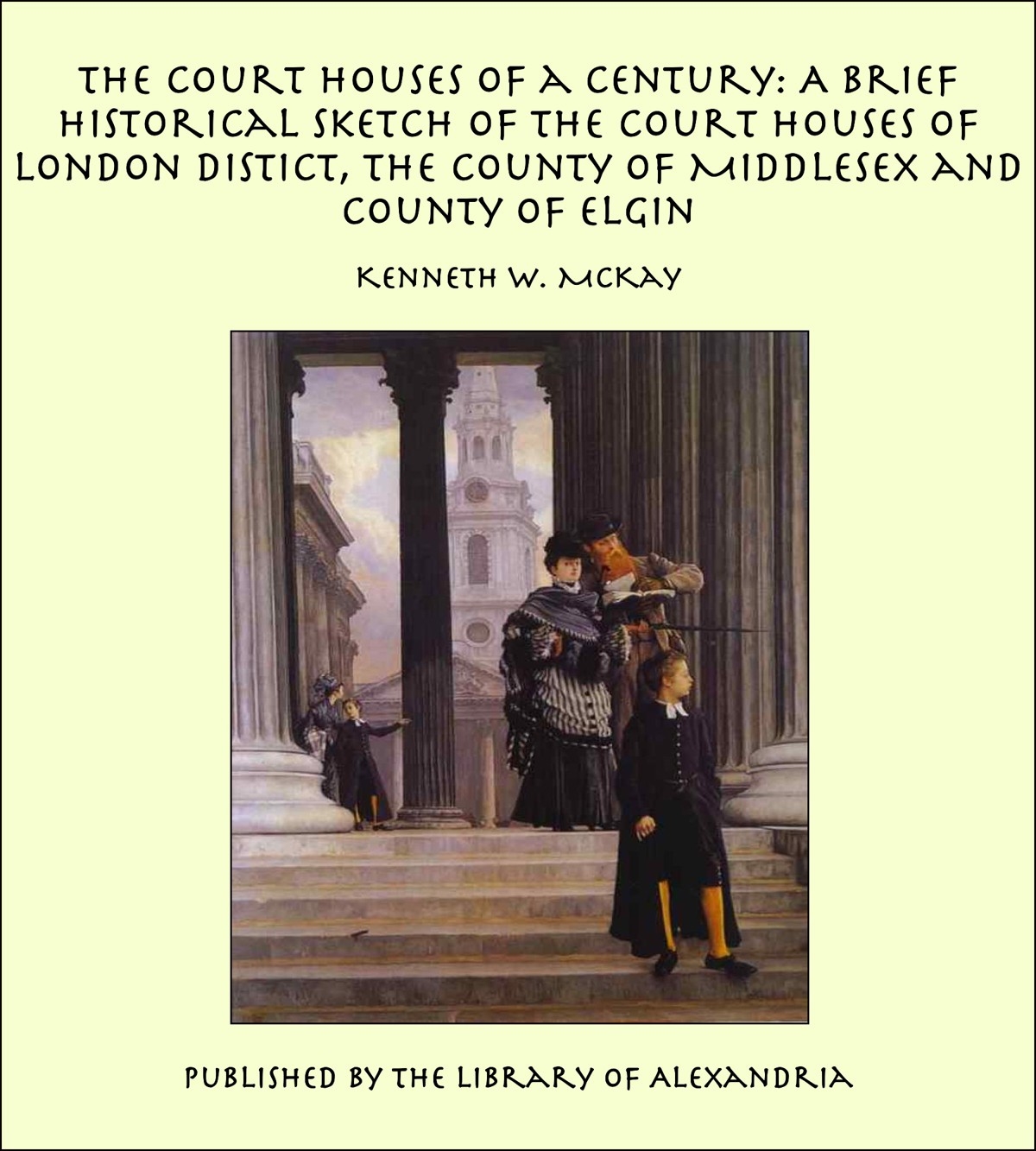 A Brief Historical Sketch of the Court Houses of London Distict, the County of Middlesex and County of Elgin

THE PASSING CENTURY. The Wonderful Century is before the bar of history. Its record shows everywhere progress, consolidation, expansion, improvement. Civilization has spread, barbarism has given away. Labor has been restored to its honorable station, and idleness is accounted dishonor. Privilege has been curtailed, liberty has widened its borders. Slavery has almost disappeared from the earth. The beneficent forces are stronger. The comforts and conveniences of life are increased and more evenly distributed. Disease and pain have been brought under control. Life has been made more interesting. Travel is easier and cheaper, and mankind has become acquainted with the world it inhabits. The stars have been discovered. They have been weighed and analysed. The human mind has expanded with wider knowledge. The railway, electricity and the Postal Union have gone far to blend the nations into one. Every day, all round the globe, men read the same news, think the same thoughts, are thrilled with the same tidings of heroism or suffering. Human sympathy is broadened and deepened. Mankind is more homogeneous in spirit. Statecraft, literature, society, have become democratic and cosmopolitan. The spirit of union dominates the century. The forces of disunion and disintegration are everywhere routed. Mutual benevolence is organized for greater effectiveness. Universal education, equality of rights and responsibilities, are principles of government. Religion, emphasizing points of agreement and ignoring points of difference, manifests itself in its works as never before