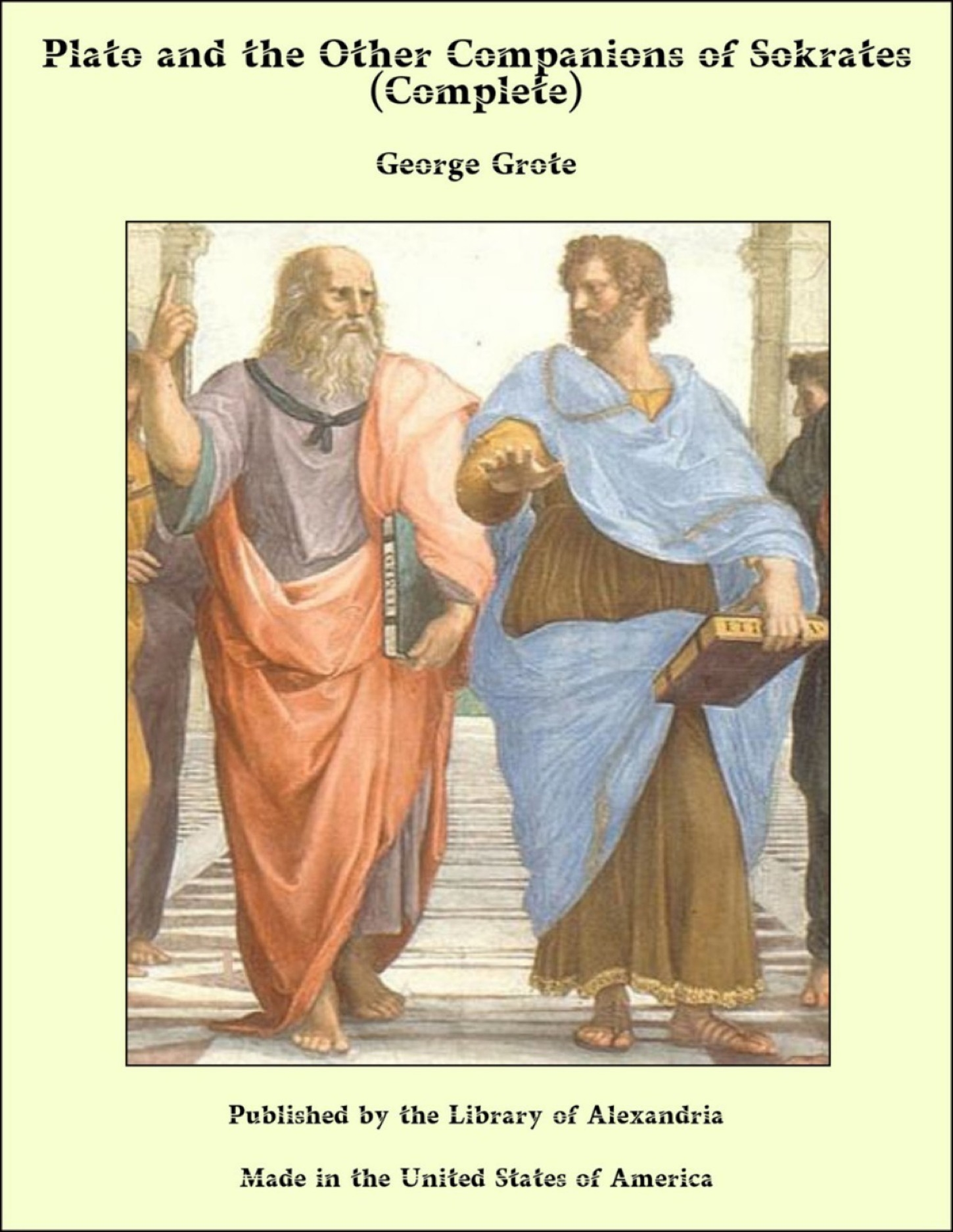 Plato and the Other Companions of Sokrates

The present work is intended as a sequel and supplement to my History of Greece. It describes a portion of Hellenic philosophy: it dwells upon eminent individuals, enquiring, theorising, reasoning, confuting, &c., as contrasted with those collective political and social manifestations which form the matter of history, and which the modern writer gathers from Herodotus, Thucydides, and Xenophon. Both Sokrates and Plato, indeed, are interesting characters in history as well as in philosophy. Under the former aspect, they were described by me in my former work as copiously as its general purpose would allow. But it is impossible to do justice to either of them— above all, to Plato, with his extreme variety and abundance— except in a book of which philosophy is the principal subject, and history only the accessory.