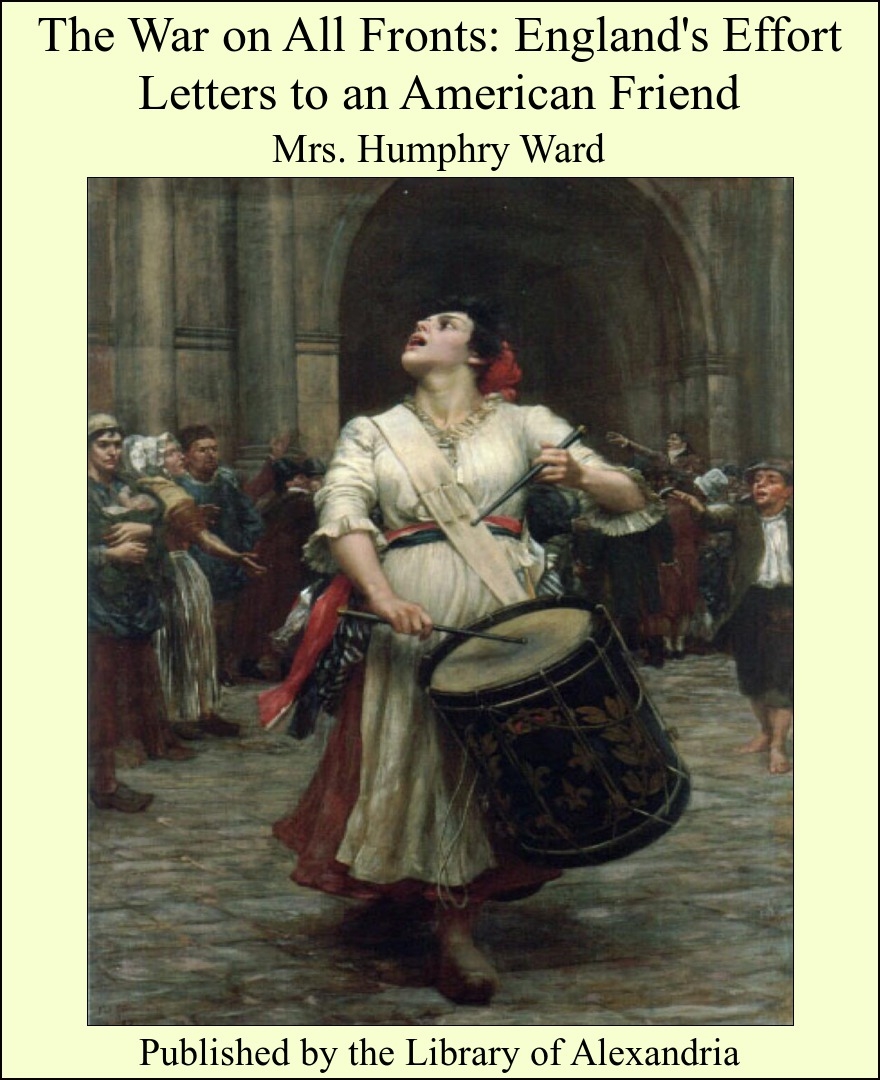 War on All Fronts:England's Effort Letters to an American Friend

HAS ENGLAND DONE ALL SHE COULD? That is the question which Mrs. Ward, replying to some doubts and queries of an American friend, has undertaken to answer in this series of letters, and every one who reads them will admit that her answer is as complete and triumphant as it is thrilling. Nobody but a woman, an Englishwoman of warm heart, strong brain, and vivid power of observation, could possibly have written these letters which reflect the very soul of England since this wicked and cruel war began. She has unfolded and interpreted to us, as no one else, I think, has even attempted to do, the development and absolute transformation of English men and women, which, has enabled them, living and dying, to secure for their proud nation under God that