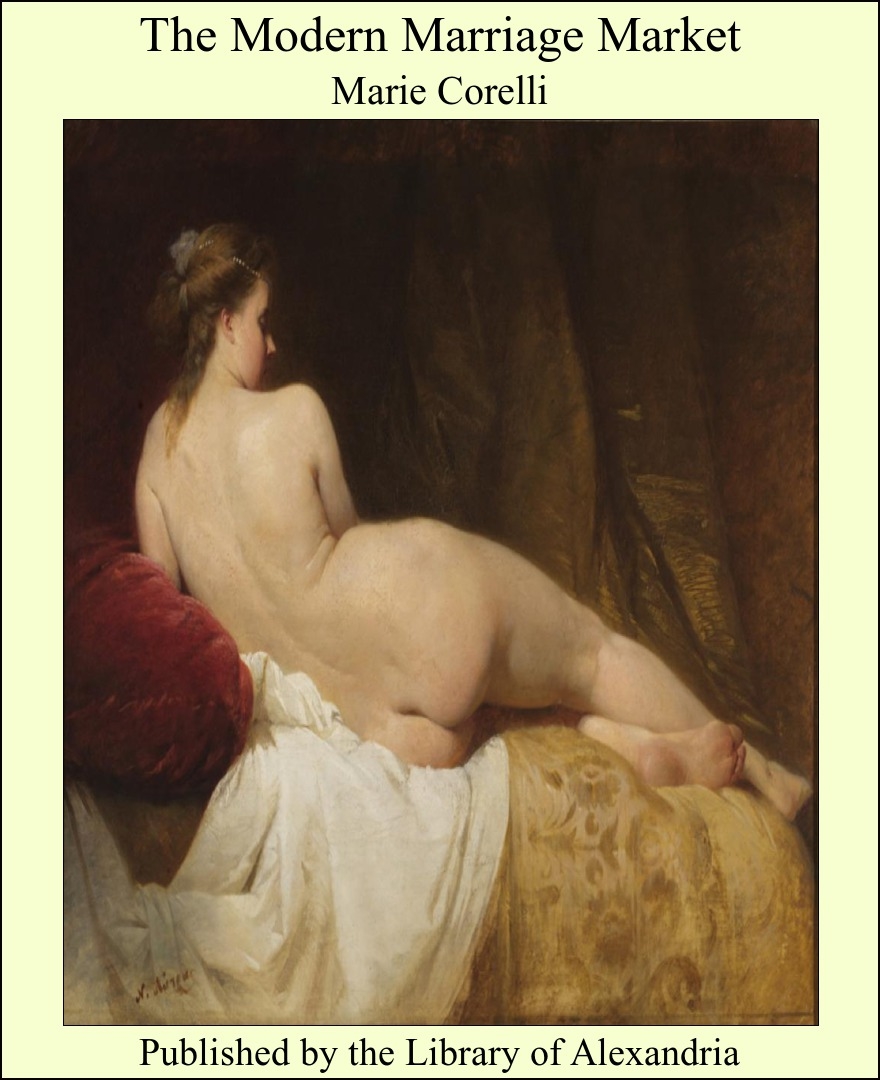 AMONG the many ages or periods in this world’s existence,—ages and periods which have been separated and classified, according to the fancy of historians, as the “Dark,” the “Mythical,” the “Classical,” or the “Mediæval,”—it is doubtful whether there has ever been one which has so richly merited the pre-eminent and prominent label of “Sham” writ across it as this, our own blessed and enlightened time. If any pride can be taken in the fact, let those who will be proud. For never in all the passing pageant and phantasmagoria of history did a greater generation of civilised hypocrites cumber the face of the globe than cumber it to-day,—never was the earth so oppressed with the weight of polite lying,—never were there such crowds of civil masqueraders, cultured tricksters, and social humbugs, who, though admirable as tricksters and humbugs, are wholly contemptible as men and women. Truth is at a discount,—and if one should utter it, the reproachful faces of one’s so-called “friends” show how shocked they are at meeting with anything honest. We are drifting our days away in a condition of false luxury,—of over-ripe civilisation,—which has bred in us that apathetic inertia which is always a premonitory symptom of fatal disease. If one should talk to us of heroic actions—even the simplest—our befuddled minds connect them vaguely with a necessity for the police or the law courts,—if we should hear of a bold man’s attempt to scale the heights of a seeming too lofty ambition, we express our sickly belief that he will fail,—and if he succeeds, we are, in the same sickly spirit, more disappointed than gratified. We cannot abide boldness. We are too weak in our nerves to stand the warm and splendid fervours of enthusiasm. We shudder—we cry—we whine at things that threaten to disturb our slothful self-indulgence,—our eating—our drinking—our sleeping in soft beds, guarded from draught and noise—our dear, pet vices—our morbid egotism—our blind, idiot vanity: we cannot endure troublous emotions—the great stress and storm of heart which moulds noble character. Away with such! We cannot be expected to exert ourselves more than is absolutely necessary for the feeding of our bodies and the carrying of them about, carefully, to such places as may seem adequate for their entertainment and further nourishment. I am not speaking of the “millions underground,”—the vast, toiling, silent millions of unregarded and unrewarded workers, who labour out of sight as it were and with such ominous speechlessness,—the speechlessness being only for a time. I am addressing you,—women, most of you,—who read the pages of this popular magazine * because you expect you will find something therein to minister to pleasure or vanity,—something in the way of advice of dress or the toilette, or the thousand-and-one little fascinations wherewith you hope to entrap the often silly souls of men,—not because you want to be told where you fail in the very mission and intention of Womanhood. Some of you are sincere enough, no doubt, in the wish to do the best with ___________________ * This article, and those which follow, appeared in The Lady’s Realm, 1897, the responsibilities invested in you: but “wishing to do” is one thing,—and “doing” is anOther. Most women of Society find it more than difficult to carry out the good intentions with which they have perhaps begun their careers; and the more exalted their position, the less, as a rule, are they able to withstand the temptations, follies, and hypocrisies which surround them. Follies, temptations, and hypocrisies surround in a greater or less degree all women, whether in Society or out of it,—and we are none of us angels, though to their credit be it said, that some men still think us so. Some men still make “angels” out of us in spite of our cycling mania,—our foolish “clubs,” where we do nothing at all,—our rough games at football and cricket, our general throwing to the winds of all dainty feminine reserve, delicacy, and modesty,—and we alone are to blame if we shatter their ideals and sit down by choice in the mud when they would have placed us on thrones. It is our fault, not theirs. We have willed it so. Many of us are more “mannish” than womanly; we are more inclined to laugh at and make mock of a man’s courtesy and reverence than we are to be flattered by it. The result is that nowadays we are married, both men and women alike, for what we have, and not for what we are