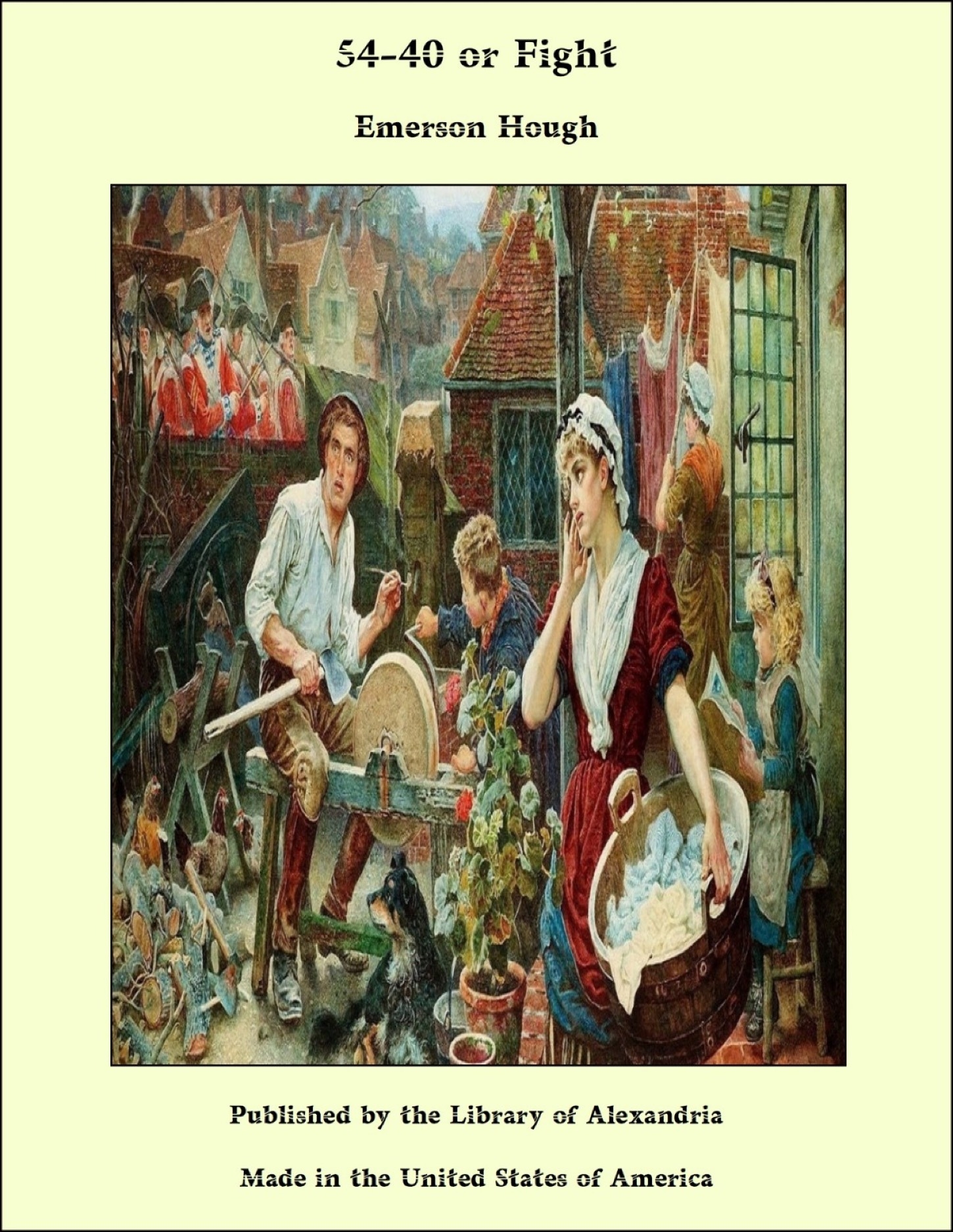 Then you offer me no hope, Doctor? The gray mane of Doctor Samuel Ward waved like a fighting crest as he made answer: "Not the sort of hope you ask." A moment later he added: "John, I am ashamed of you." The cynical smile of the man I called my chief still remained upon his lips, the same drawn look of suffering still remained upon his gaunt features; but in his blue eye I saw a glint which proved that the answer of his old friend had struck out some unused spark of vitality from the deep, cold flint of his heart. "I never knew you for a coward, Calhoun," went on Doctor Ward, "nor any of your family I give you now the benefit of my personal acquaintance with this generation of the Calhouns. I ask something more of you than faint-heartedness." The keen eyes turned upon him again with the old flame of flint which a generation had known—a generation, for the most part, of enemies. On my chief's face I saw appear again the fighting flush, proof of his hard-fibered nature, ever ready to rejoin with challenge when challenge came. "Did not Saul fall upon his own sword?" asked John Calhoun. "Have not devoted leaders from the start of the world till now sometimes rid the scene of the responsible figures in lost fights, the men on whom blame rested for failures?" "Cowards!" rejoined Doctor Ward. "Cowards, every one of them! Were there not other swords upon which they might have fallen—those of their enemies?" "It is not my own hand—my own sword, Sam," said Calhoun. "Not that. You know as well as I that I am already marked and doomed, even as I sit at my table to-night. A walk of a wet night here in Washington—a turn along the Heights out there when the winter wind is keen—yes, Sam, I see my grave before me, close enough; but how can I rest easy in that grave? Man, we have not yet dreamed how great a country this may be. We must have Texas. We must have also Oregon. We must have—" "Free?" The old doctor shrugged his shoulders and smiled at the arch pro-slavery exponent. "Then, since you mention it, yes!" retorted Calhoun fretfully. "But I shall not go into the old argument of those who say that black is white, that South is North. It is only for my own race that I plan a wider America. But then—" Calhoun raised a long, thin hand. "Why," he went on slowly, "I have just told you that I have failed. And yet you, my old friend, whom I ought to trust, condemn me to live on!"