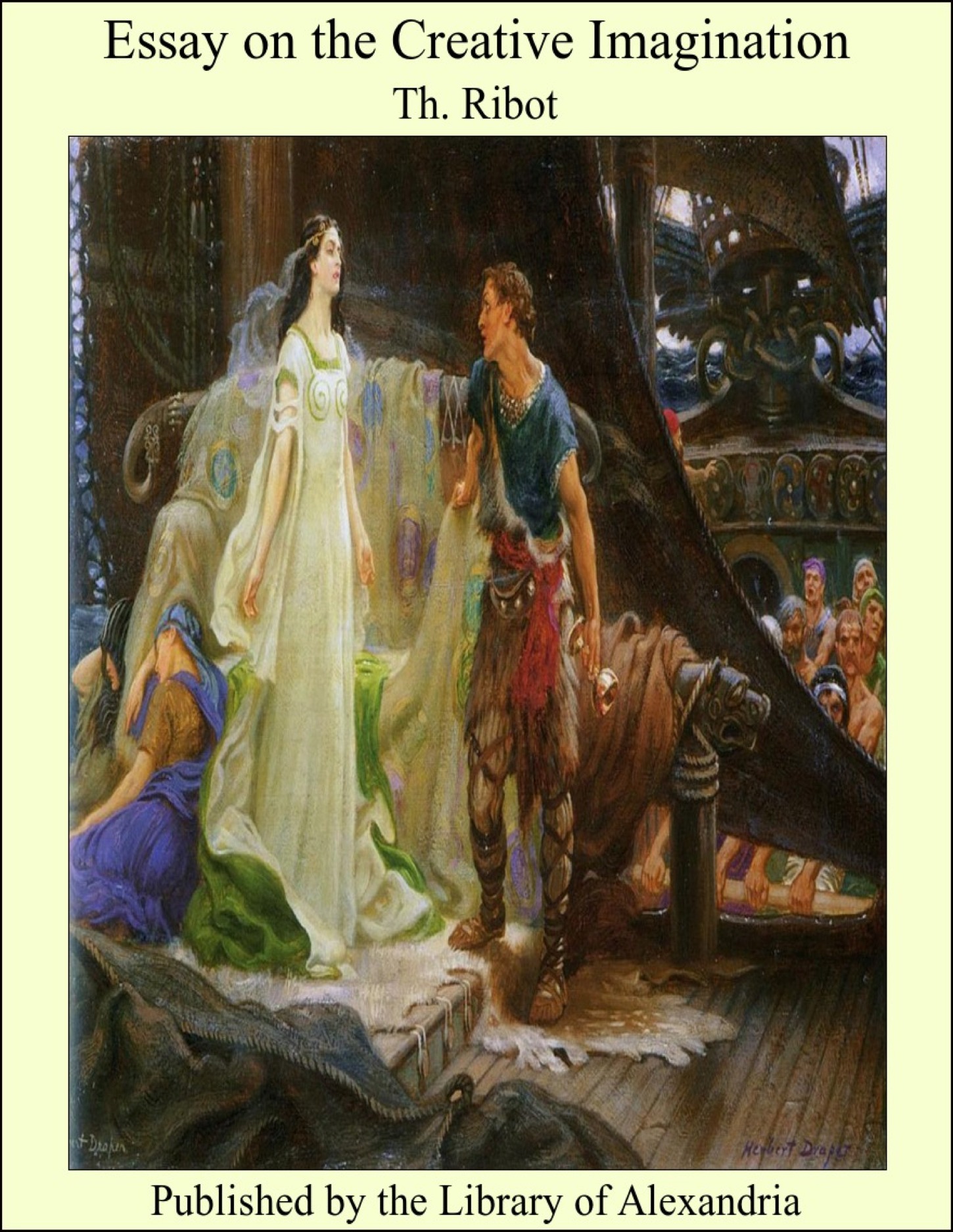 Essay on the Creative Imagination

It is quite generally recognized that psychology has remained in the semi-mythological, semi-scholastic period longer than most attempts at scientific formulization. For a long time it has been the “spook science” per se, and the imagination, now analyzed by M. Ribot in such a masterly manner, has been one of the most persistent, apparently real, though very indefinite, of psychological spooks. Whereas people have been accustomed to speak of the imagination as an entity sui generis, as a lofty something found only in long-haired, wild-eyed “geniuses,” constituting indeed the center of a cult, our author, Prometheus-like, has brought it down from the heavens, and has clearly shown that imagination is a function of mind common to all men in some degree, and that it is shown in as highly developed form in commercial leaders and practical inventors as in the most bizarre of romantic idealists. The only difference is that the manifestation is not the same. That this view is not entirely original with M. Ribot is not to his discredit—indeed, he does not claim any originality. We find the view clearly expressed elsewhere, certainly as early as Aristotle, that the greatest artist is he who actually embodies his vision and will in permanent form, preferably in social institutions. This idea is so clearly enunciated in the present monograph, which the author modestly styles an essay, that when the end of the book is reached but little remains of the great imagination-ghost, save the one great mystery underlying all facts of mind. That the present rendering falls far below the lucid French of the original, the translator is well aware; he trusts, however, that the indulgent reader will take into account the good intent as offsetting in part, at least, the numerous shortcomings of this version