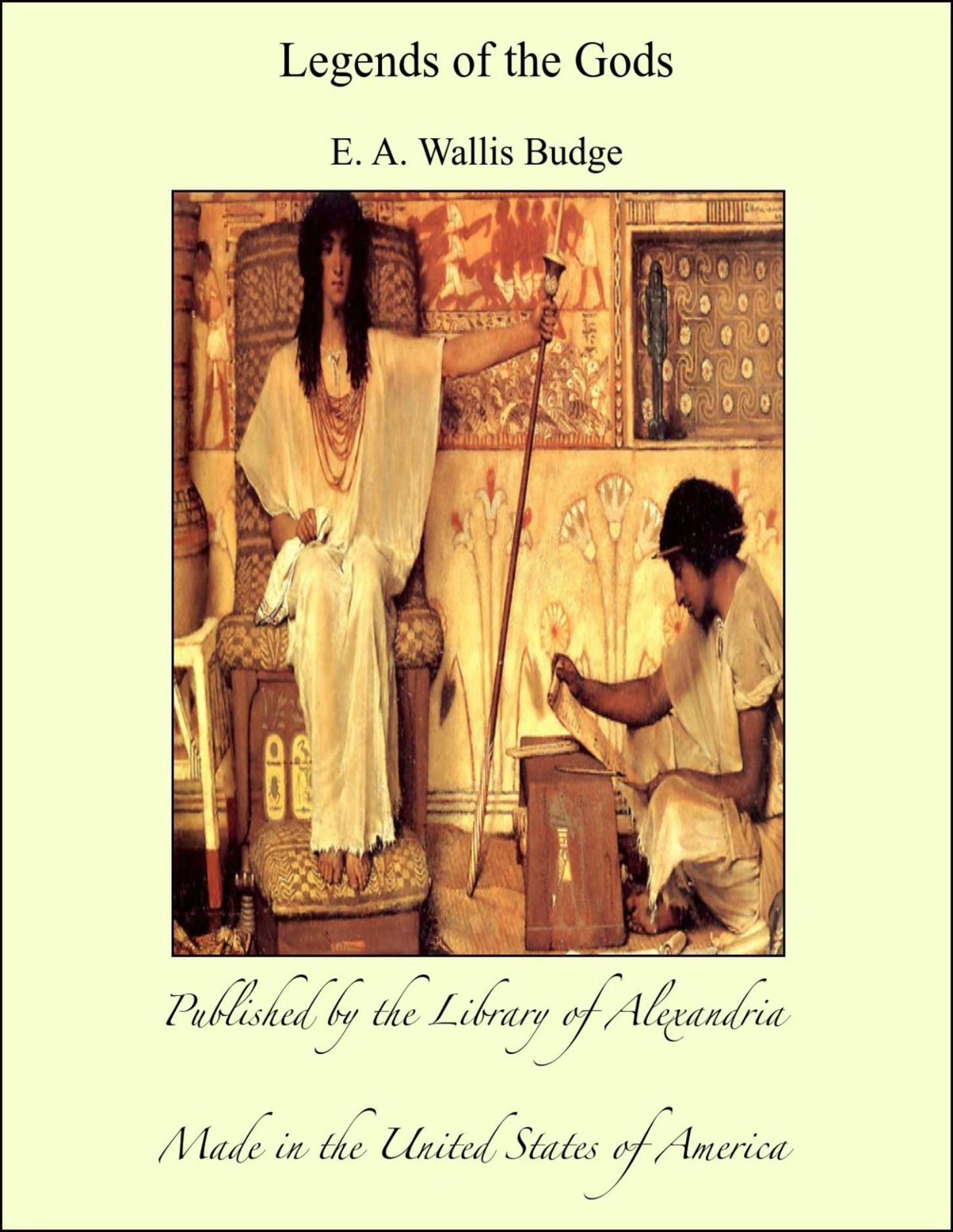 Legends of the Gods

The welcome which has been accorded to the volumes of this Series, and the fact that some of them have passed into second and third editions, suggest that these little books have been found useful by beginners in Egyptology and others. Hitherto the object of them has been to supply information about the Religion, Magic, Language, and History of the ancient Egyptians, and to provide editions of the original texts from which such information was derived. There are, however, many branches of Egyptology which need treatment in a similar manner in this Series, and it has been suggested in many quarters that the time has now arrived when the publication of a series of groups of texts illustrating Egyptian Literature in general might well be begun. Seeing that nothing is known about the authors of Egyptian works, not even their names, it is impossible to write a History of Egyptian Literature in the ordinary sense of the word. The only thing to be done is to print the actual works in the best and most complete form possible, with translations, and then to put them in the hands of the reader and leave them to his judgment. With this object in view, it has been decided to publish in the Series several volumes which shall be devoted to the reproduction in hieroglyphic type of the best and most typical examples of the various kinds of Egyptian Literature, with English translations, on a much larger scale than was possible in my “First Steps in Egyptian” or in my “Egyptian Reading Book.” These volumes are intended to serve a double purpose, i.e., to supply the beginner in Egyptian with new material and a series of reading books, and to provide the general reader with translations of Egyptian works in a handy form. The Egyptian texts, whether the originals be written in hieroglyphic or hieratic characters, are here printed in hieroglyphic type, and are arranged with English translations, page for page. They are printed as they are written in the original documents, i.e., the words are not divided. The beginner will find the practice of dividing the words for himself most useful in acquiring facility of reading and understanding the language. The translations are as literal as can reasonably be expected, and, as a whole, I believe that they mean what the original writers intended to say. In the case of passages where the text is corrupt, and readings are mixed, or where very rare words occur, or where words are omitted, the renderings given claim to be nothing more than suggestions as to their meanings. It must be remembered that the exact meanings of many Egyptian words have still to be ascertained, and that the ancient Egyptian scribes were as much puzzled as we are by some of the texts which they copied, and that owing to carelessness, ignorance, or weariness, or all three, they made blunders which the modern student is unable to correct. In the Introduction will be found brief descriptions of the contents of the Egyptian texts, in which their general bearing and importance are indicated, and references given to authoritative editions of texts and translations. BRITISH MUSEUM