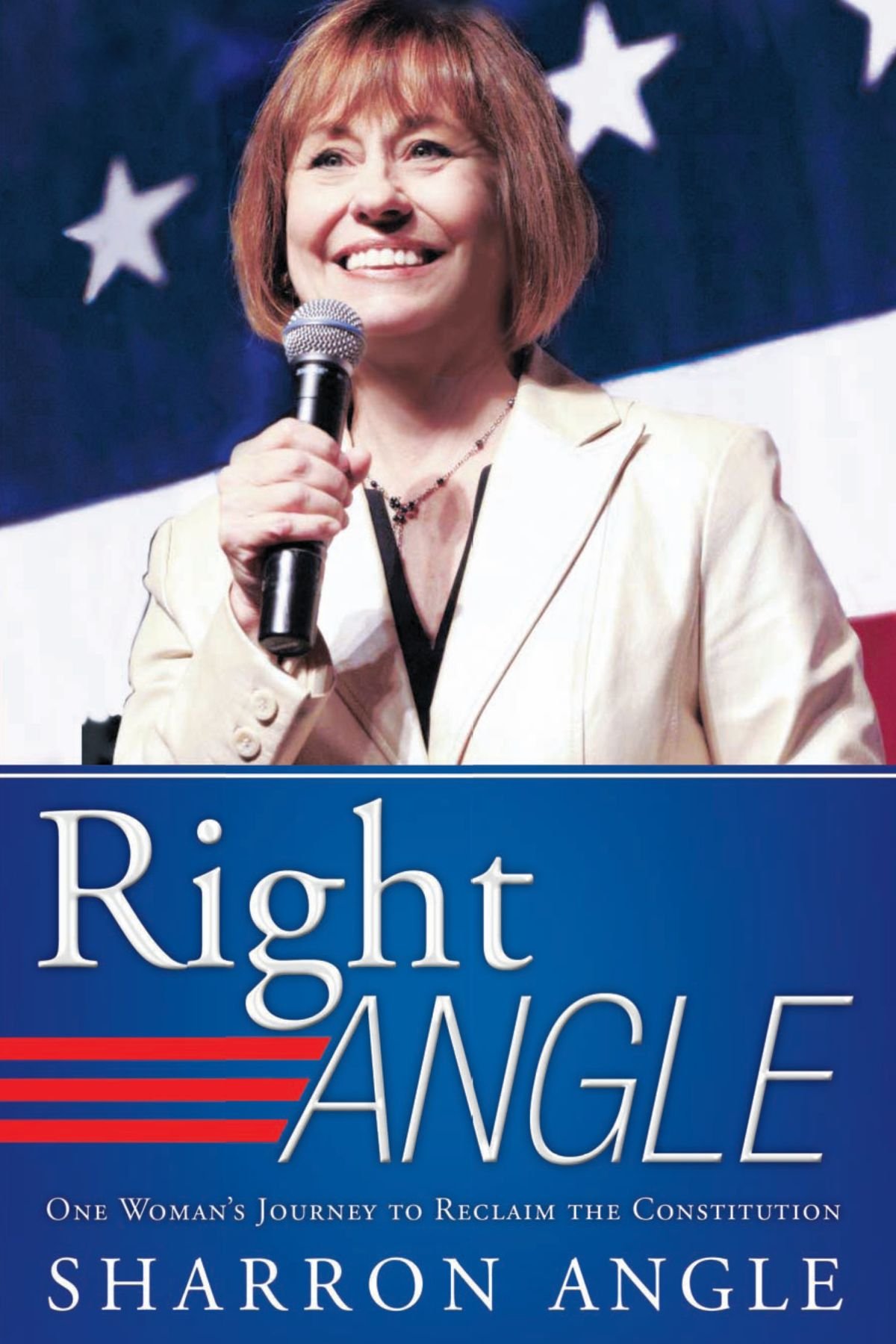 One Woman's Journey to Reclaim the Constitution

In 2010, Sharron Angle gained national attention when she challenged Senate Majority Leader Harry Reid for his seat in the U.S. Senate. In Right Angle, we meet the woman behind the campaign. Sharron writes about her early years in Reno, Nevada, where her parents owned and operated a small hotel, a fight to home school her son that changed home schooling laws in her state, and the election to the Nye County School Board that spearheaded her career in local government. She openly shares her journey as a devoted mother, teacher and leader, her passion for protecting the Constitution, her dedication to integrity, and the faith that drives her convictions. Right Angle is written in Sharron Angle's genuine voice, revealing the truth about who she is, what she chooses to stand for, and why she ran against Harry Reid.

Born in Oregon, Sharron Angle moved to Reno, Nevada when she was three where her family owned and operated a small motel. She earned her BA from the University of Nevada Reno. Sharron married Ted Angle in 1970 and have two children and ten grandchildren.Sharron and her husband spent 25 years in the rural Nevada towns of Ely, Winnemucca and Tonopah. She substitute taught in public schools; taught community college art courses, co-founded, administrated, and taught K-12 in a one-room Christian school, home schooled, tutored juvenile offenders, and operated a family fitness gym.

First elected in 1992 to the Nye County School Board, Sharron and Ted moved back to Reno where she served from 1998 to 2006 in the Nevada State Assembly. For her fight to protect the Constitution, Sharron received the Claremont Institute Ronald Reagan Freedom Medallion in 2004. As past chairwoman of We the People Nevada PAC, Sharron sponsored the Property Tax Restraint Initiative. In 2010, Sharron gained national attention campaigning for U.S. Senate challenging Senate Majority Leader Harry Reid.