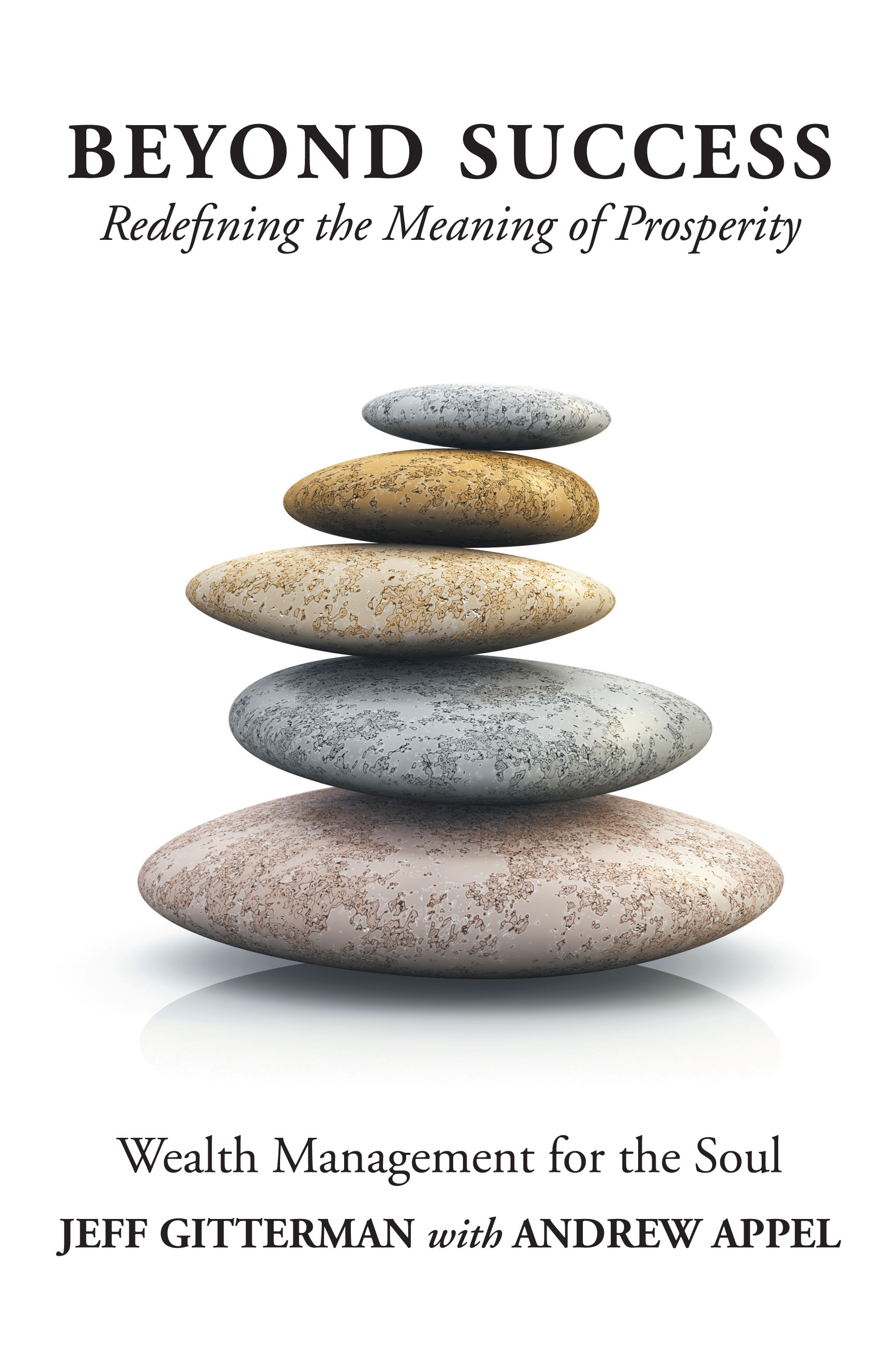 Redefining the Meaning of Prosperity

I went from having nothing to everything I’d ever wanted in the space of about two years, only to discover that success wasn't what I thought it was. Implicit in the statement "money won’t buy happiness" is the idea that something else will, even if we don’t know what that something else is. As a financial advisor, people come to me from all walks of life, each with their own set of financial circumstances, ideas about money, needs, and dreams. People often call in a financial advisor because their relationship to money is unhealthy, but I help them heal how they look at life in general—kind of "wealth management for the soul." There are four pillars to the plan of this book, and each one can be correlated to a key component of financial wisdom. These four pillars are not only foundational for financial success, they can also help bring us many of the things that money can’t buy.

Jeff Gitterman is an award-winning financial advisor and the founder and CEO of Gitterman Wealth Management. He is also the cofounder of Beyond Success, a coaching and consulting company that brings more holistic ideas to the world of business and finance. He has been featured in numerous print media, including Money magazine, the Wall Street Journal, Financial Advisor magazine, New Jersey Business Journal, London Glossy, Affluent magazine, and on TV and radio, including CNN and News 12 New Jersey. Andrew Appel is the cofounder and creative director for Beyond Success. Previously, he spent nearly a decade in the entertainment industry, both as an actor and in production and development for a variety of film and television companies in California and New York. He is a Phi Beta Kappa graduate of the University of Wisconsin–Madison, and has also spent time at Oxford University and USC Graduate Film School.