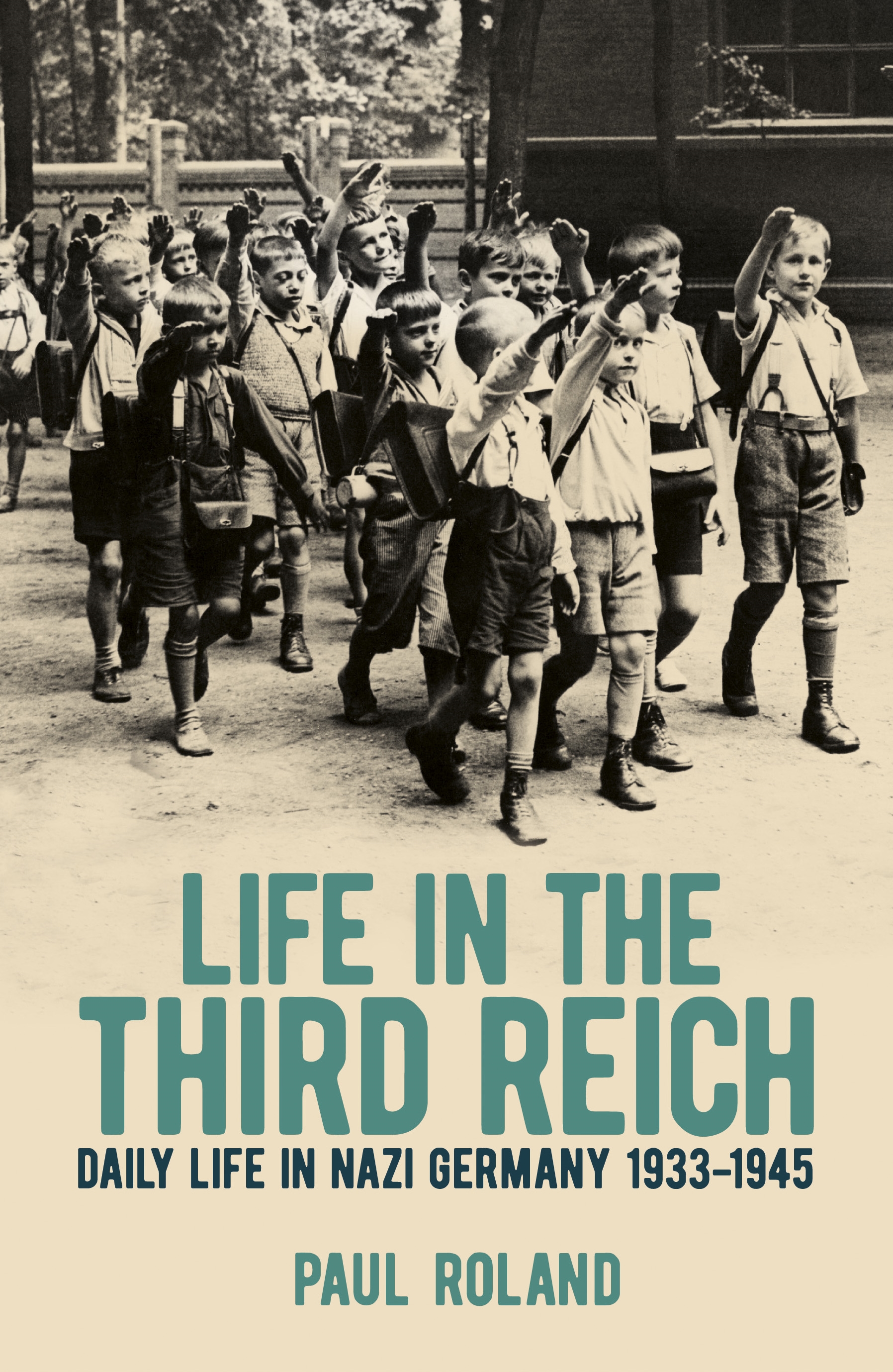 Life in the Third Reich

Germany was a deeply divided nation when Adolf Hitler and the Nazi Party came to power in 1933. As the shadow of the swastika lengthened, its citizens quickly came to realize that the Nazis' brutal programme was not optional.

Life in the Third Reich draws on the recollections of those who actually experienced the rise and fall of this brutal and vicious regime: from the indoctrination of children to the disappearance of family, friends and neighbours and the effect of Kinder, Küche und Kirche [Children, Kitchen and Church] on the female population, to the defiance of the 'swing kids' and the resulting deprivation of the Nazi policy of 'Guns, not butter'.

Featuring striking photography of life under the regime, this compelling account tells the stories of ordinary Germans caught up in an extraordinary time.

Paul Roland is the author of more than thirty books including Hauntings, Nazis and the Occult, The Nuremberg Trials, In the Minds of Murderers, The Complete Book of Ghosts and The Crimes of Jack the Ripper. He has been a freelance feature writer and reviewer for many UK publications since the early 1980s and a regular contributor to the Mail on Sunday, Kerrang! and Total Film.