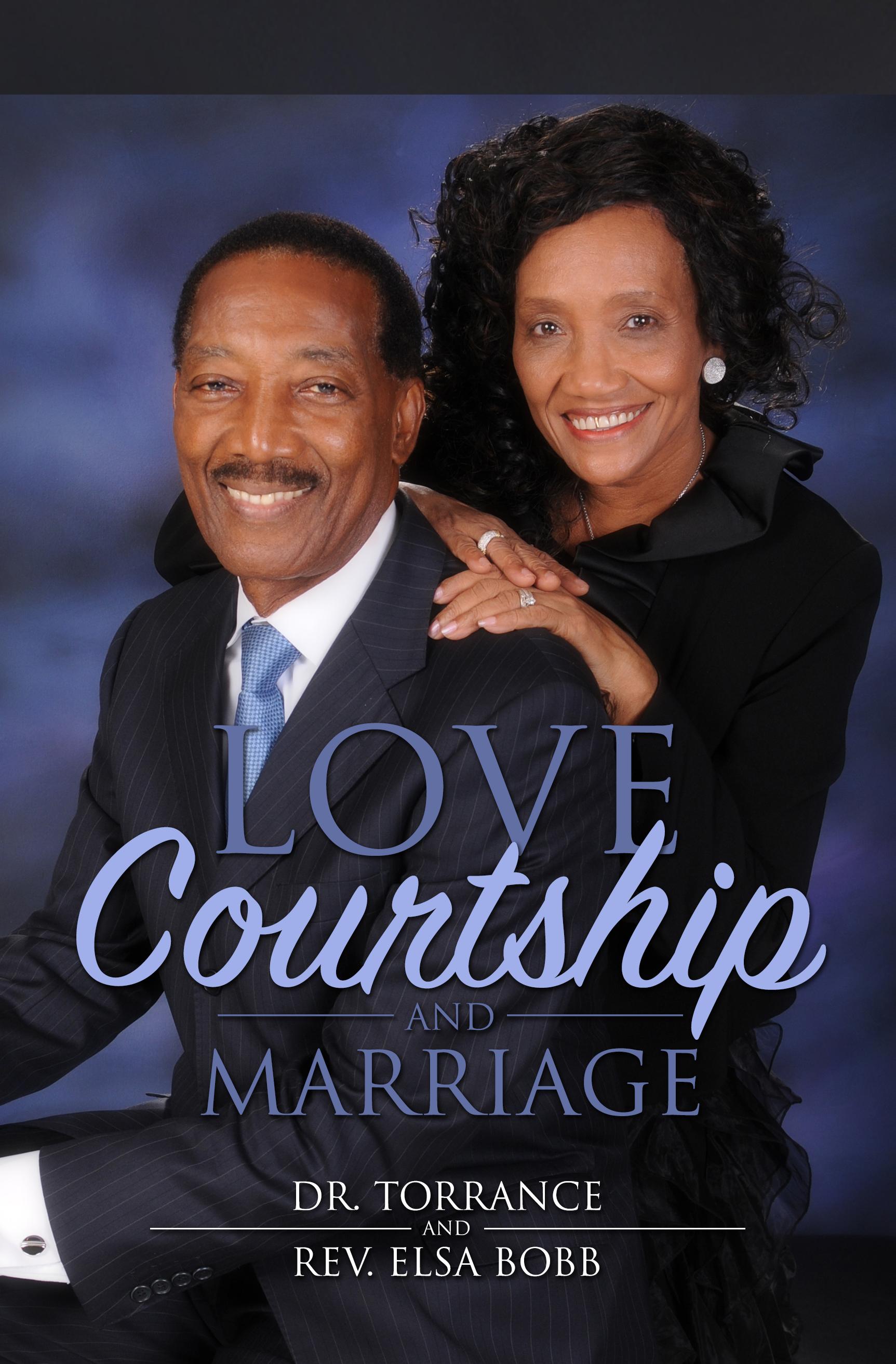 Love Courtship and Marriage is as revealing and reflective as the authors. Dr. Torrance and Rev. Elsa Bobb are both ordained Pastors and have been serving each other in love for over fifty years. A proven fact that love can last forever.

The book speaks to those who are planning on getting married and for those already married. The pages are filled with encouragement and practical ways to keep love as the foundation of your marriage. “If you are going to be involved in something that you know you will be around for, for a long time, you should do everything within your power for that thing to be as good or as nice as you can make it. Don't allow problems to drive a wedge in your relationship; instead, as you work to solve them, you can draw closer together. It is important for spouses to commit themselves to each other. Couples should determine that their marriage will be a permanent lifelong relationship…that they are in it for the long haul.”

Building on the foundation of their love for God and their love for each other, Dr. Torrance and Rev. Elsa Bobb share on the pages of the their new book, Love Courtship and Marriage, some hands-on ways they have enriched their lives and established a strong foundation from the start, which still keeps them going on, down through the years.

As stated in the book, “Hardly anything can be learned without some instructions. Seems we are willing to learn by reading a manual to operate a complicated equipment, but many couples simply believe that they know what should be done in marriage.

“Marriages will be more successful if spouses are adequately prepared. If we want love to last and consequently marriage, we need to follow the principles of the Designer of love and marriage as given by Him and as outlined in the Bible. To be sure, God is the one who said, “It is not good for the man to be alone.”

Elsa Bobb was born in Montego Bay, Jamaica, where she lived until she completed high school. She then migrated to Canada where she pursued studies in Business Administration, Secretarial Studies, Music, Media, and Media Ethics, at the North American Baptist Theological College.

Her music ministry has taken her through the Caribbean, the United and Canada. She is an ordained minister with the Assemblies of God Peninsular Florida District, U.S.A.

Reverend Elsa Bobb is married to Torrance and they have three children, Kevon, Lorraine and Wendell, and five grandchildren.

Torrance Bobb was born in Princes Town, Trinidad, where he committed his life to Christ during his teenage years.

After working for a short time in the oil industry, Torrance migrated to Canada to pursue ministerial studies at Northwest Bible College, North American Baptist Seminary, the University of Alberta in Edmonton Alberta and also Briercrest Graduate School in Caronport, Saskatchewan, Canada.

He holds a Bachelor of Arts and a Master of Arts, both in Biblical Studies.

He was awarded an honorary Doctor of Divinity. He pastored in Trinidad where he also served as General Superintendent of the Pentecostal Assemblies of the West Indies. He also pastored in Florida, and currently pastors in the Cayman Islands.

Reverend Torrance Bobb is an ordained minister with the Assemblies of God, Peninsular Florida District, U.S.A.

EK Jasmine is the pseudonym for Karen E Chin, the creator and managing editor of Christian Lifestyle Magazine, a family-based publication in the Cayman Islands. She is also the CEO of CLM Publishing and moonlights as a radio presenter, for the past 16 years. She holds a Bachelor of Business Administration.

She is married and lives in the Cayman Islands with her husband Victor, and two children, Mikhail and Krystyna.