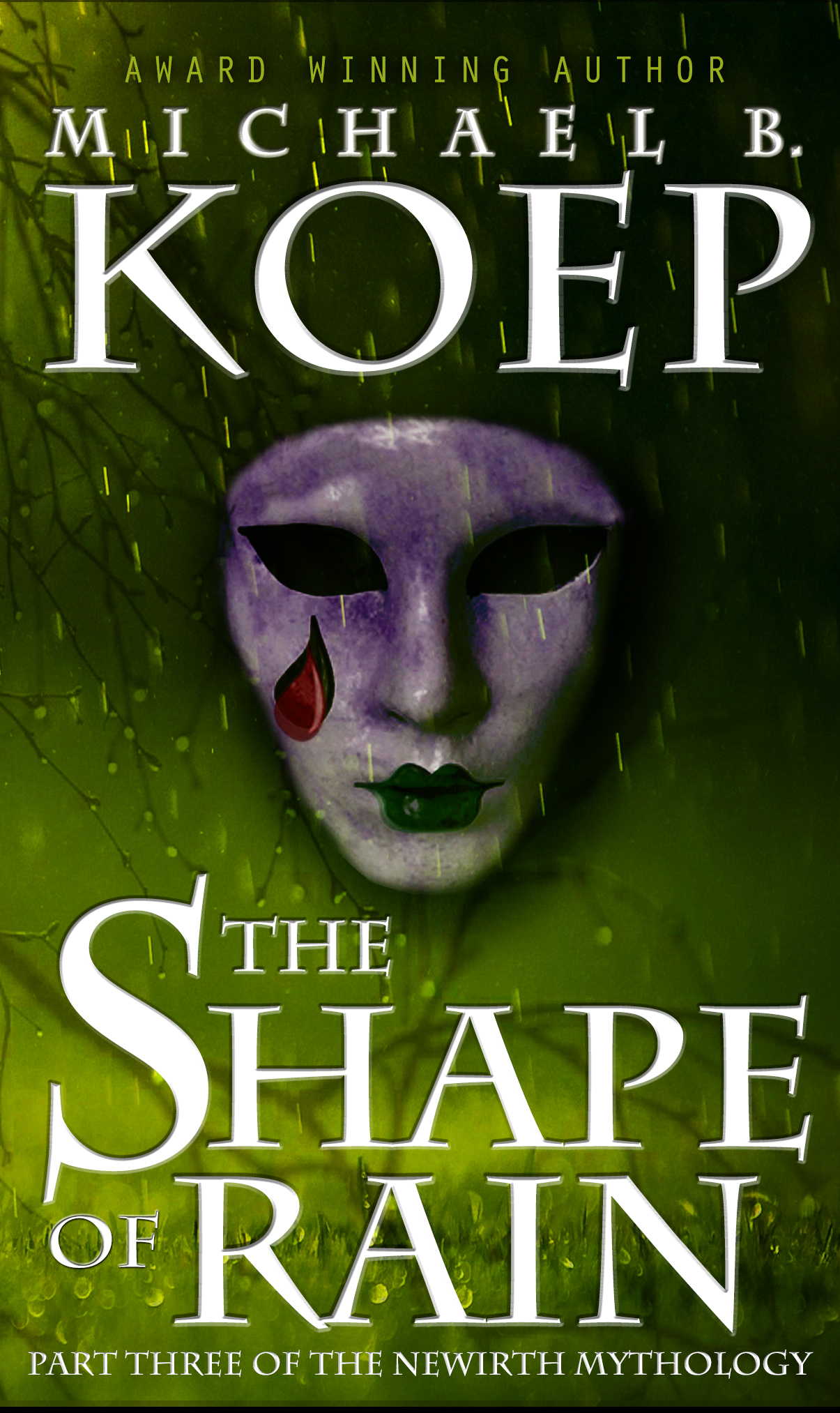 Part Three of the Newirth Mythology

Michael B. Koepʼs final installment in The Newirth Mythology Trilogy brings a psychologist face to face with his greatest fear: madness. On the other side of the world, a professor of mythology struggles to interpret a sudden shift in the historical timeline, the mysterious discovery of the ruins of an ancient city and the anomalous nature of Locheʼs writing.

Discredited mythology professor, Astrid Finnley believes gods and immortals once battled for a place in Creation--for a place of their own on the earth. When she is summoned to a secret archeological dig site in Northern Idaho to translate an ancient script, she uncovers an unthinkable nightmare: a woman buried alive--for over a thousand years.

Psychologist Loche Newirthʼs assassination is ordered to prevent him from rewriting history. But his former mentor, Dr. Marcus Rearden wants him alive to torture, to command, to control. When Loche discovers his son is also a target, he flees, pursuing a lead that promises to end what his writing has started. Instead, the path vaults him back to the prehistory of his story--to a time when a venomous army of gods lay siege to the City of Immortals, and his little boy stands in the balance.

The Newirth Mythology Trilogy is a wholly original, imaginative and remarkably inventive approach to the thriller genre. Koep's final installment, The Shape of Rain is a poetic, action packed and existential page turner that will leave you haunted and wowed.

By the age of 12, Michael B. Koep had written a complex, Tolkienesque fantasy with its own number system, language and runic alphabet. He continues that tradition with his fiction debut. Koep has been called an Inland Northwest "Renaissance Man.” An avid world traveler, educator, accomplished visual artist, and a touring rock musician, Michael’s spirit is imbued in the arts. He is a co-founder of a North Idaho fencing consortium, but he is best known as a drummer and lyricist for progressive rock group KITE , as well as the percussionist for the variety power trio The RUB. He is a winner of a Costello Poetry Prize. He lives in Coeur d’Alene, Idaho with his family.