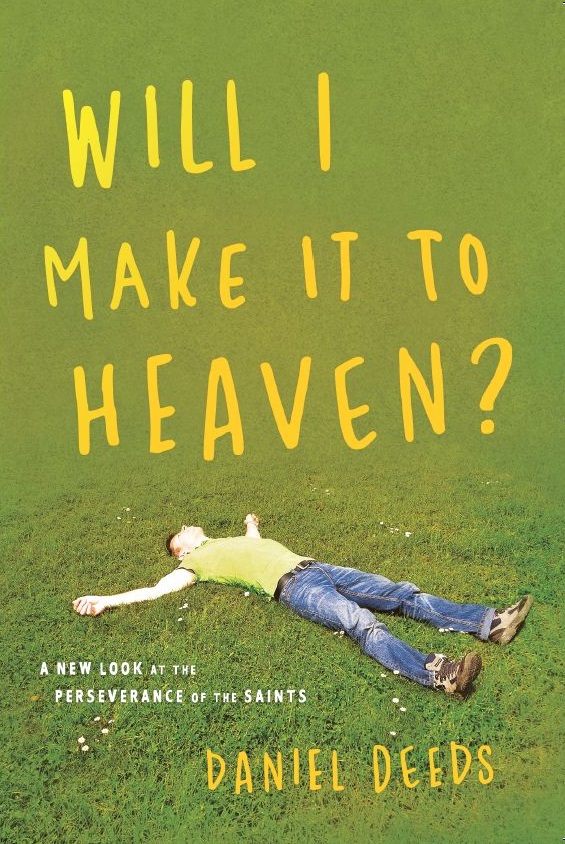 Will I Make It To Heaven?

A New Look At the Perseverance of the Saints

WILL I MAKE IT TO HEAVEN? How many Christians have asked themselves this question? Author Daniel Deeds answers this troubling question head on in the pages of this book with courage and insight. The general Christian world has called this issue the “security of the believer.” During the Protestant Reformation, and in Reformed circles today, it is called the “Perseverance of the Saints,” a designation which, in and of itself, has caused much controversy. That is why this book is an urgent read for the Church. There are many “gospels” being preached today in the Evangelical world. What is lacking is clarity on the nature of salvation in Christ, and the Christian's part—or lack thereof—in it. Let the author explain (from the Introduction): Is perseverance necessary for salvation? Is it possible for a believer to abandon Christ and go back to sin and the world after having been converted? If so, what would the result be? Would such a person remain eternally saved anyway, or would salvation be forfeited? Can someone who is a believer in Christ today know for sure that he/she will continue to be saved forever? These questions have been around for ages. They have probably crossed the mind of every single Christian. Yet when searching Scripture for answers, Christians don't all reach the same conclusions. Throughout the centuries of Christian history, this issue has led to many debates, and differences have even caused divisions in churches and denominations. In some cases, Bible colleges and ministries were founded for the express purpose of promoting a particular perspective on this point of doctrine. And what has been achieved through so much debating? Far from coming to a consensus, the subject continues to be the cause of disagreement and fragmentation in the body of Christ. Instead of being remedied, the problem is only exacerbated every time somebody comes along and proposes a new system of interpretation, believing to have finally found the key to overcome the differences and bring an end to the debate. At present, we have more theories disputing over the minds of Christians than at any time in history, and if this is any indication of what lies ahead, viewpoints may just continue to multiply, causing further division, until the return of Christ. The solution, however, is not to pursue unity by ignoring the issue. Abandoning our efforts toward doctrinal unity and aspiring only to have institutional unity is, in reality, to give up on achieving true unity. If Christ's church does not benefit from division, it profits even less from a disregard for doctrine. External unity, without confessional unity, is merely apparent unity, which becomes an ideal context for the proliferation of error rather than for the proclamation of the truth. After all, the church should function as the pillar and buttress of the truth (1 Tim. 3:15). If this issue has ever troubled you, your church, or your denomination—read this book!

Daniel Deeds, B.A. in Theology Randall University in Moore, OK, son of American missionaries to Brazil, is currently a church planter and pastor at Igreja Batista Historica in Lafaiete, Brazil. He and his wife, Eni, have two daughters. He is also director at the Historic Baptist Theological Institute and a board member of the Reformed Baptist Convention of Brazil.