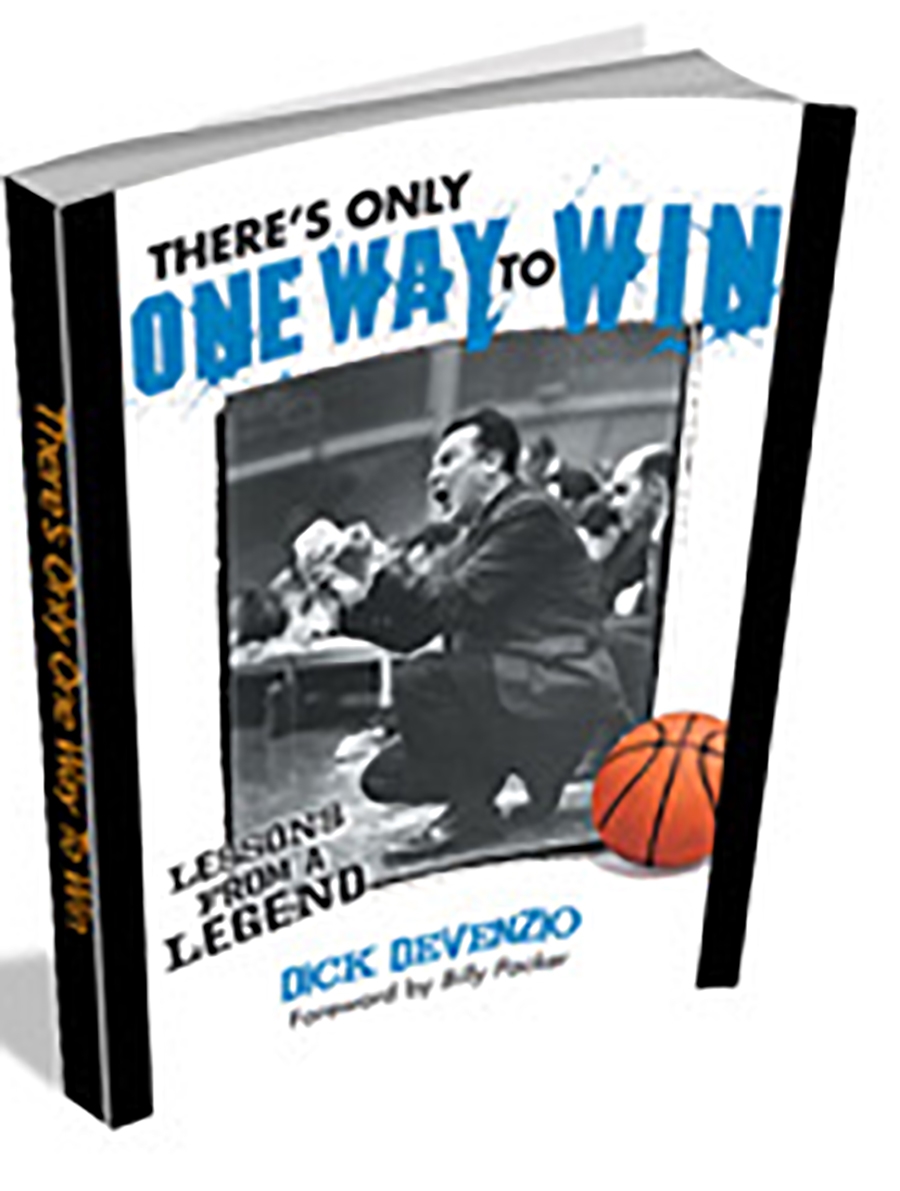 There’s Only One Way to Win

This is not a book of the exact science of basketball X’s and O’s, but rather an insight into the methods
and philosophy of how the game of basketball and life should be played. In every field there are exceptional people whose stories are both fascinating and instructive. This book relates insightful incidents from Coach DV’s career and puts his guiding principles into words that can benefit coaches, players, fans, businesspeople, and anyone with a will to succeed.

Dick DeVenzio gave his life to sports and to a set of beliefs, ideas and convictions mostly related to the intelligent pursuit of excellence in sports. The son of a very successful basketball coach, Dick grew up wanting to be a basketball star. That led to daily schedules and all-day practicing by the time he was in7th grade. By 10th grade, he was a varsity starter, averaging 20 points a game—at 5'6", and the next year he averaged 30—at 5'9". In his senior year, he led Ambridge High School to an undefeated state championship, and his still is still considered the best to ever play in Pennsylvania. His name is in theBasketball Hall of Fame, on Parade Magazine’s 1967 All-American First Five. Two years later, at DukeUniversity, Dick was an All-ACC selection, and in 1971, a First Team Academic All-American. After graduating from Duke, Dick played and coached professional basketball in Europe and South America and founded the now nationally acclaimed Point Guard College. Considered by many to be a basketball genius and gifted writer, Dick’s writings and basketball programs have inspired and influenced countless coaches and athletes. He died in 2001 at age 52.