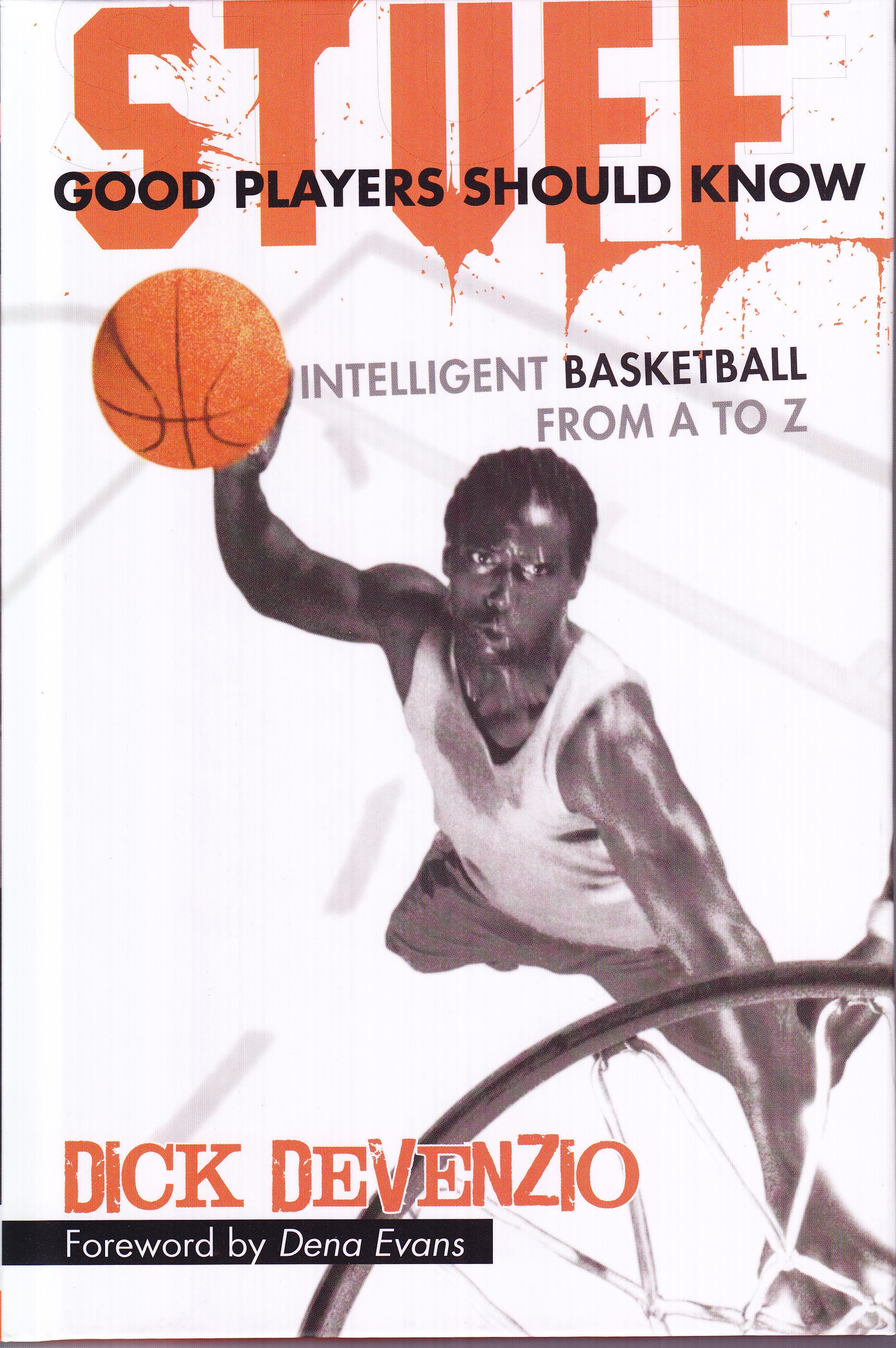 Intelligent Basketball From A to Z

Stuff Good Players Should Know may very well be the best book ever written for basketball players. It is conversational and easy to understand, yet filled with subtle insights into the game of basketball. STUFF is page after page of creative concepts, common sense, and special tips that can not be found anywhere else. STUFF is like having a coach right beside you, in your room, discussing the fine points of the game. Basketball fans will enjoy it, but players won't do without it.

Dick DeVenzio gave his life to sports and to a set of beliefs, ideas and convictions mostly related to the intelligent pursuit of excellence in sports. The son of a very successful basketball coach, Dick grew up wanting to be a basketball star. That led to daily schedules and all-day practicing by the time he was in 7th grade. By 10th grade, he was a varsity starter, averaging 20 points a game—at 5'6", and the next year he averaged 30—at 5'9". In his senior year, he led Ambridge High School to an undefeated state championship, and his still is still considered the best to ever play in Pennsylvania. His name is in the Basketball Hall of Fame, on Parade Magazine’s 1967 All-American First Five. Two years later, at Duke University, Dick was an All-ACC selection, and in 1971, a First Team Academic All-American. After graduating from Duke, Dick played and coached professional basketball in Europe and South America and founded the now nationally acclaimed Point Guard College. Considered by many to be a basketball genius and gifted writer, Dick’s writings and basketball programs have inspired and influenced countless coaches and athletes. He died in 2001 at age 52.