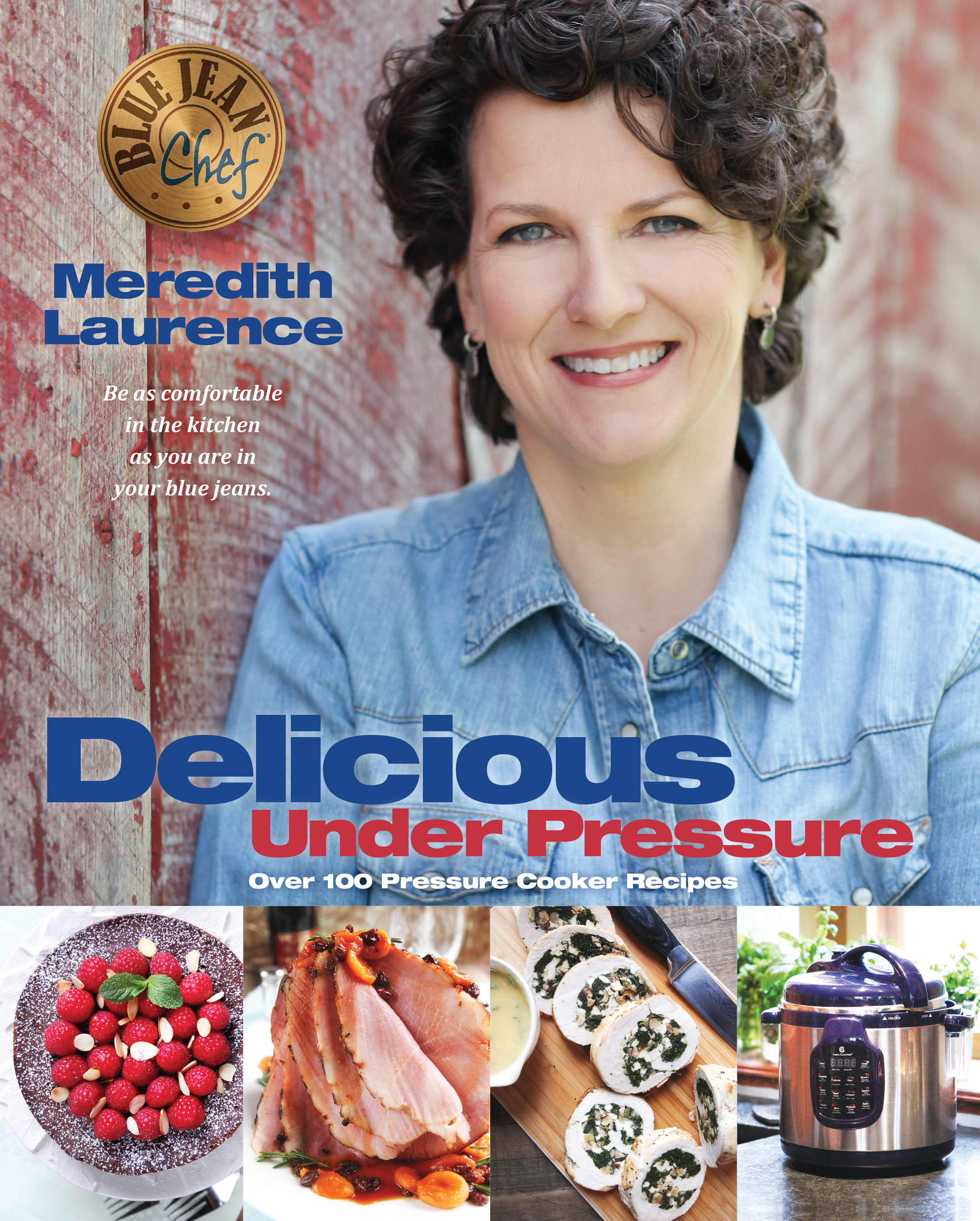 From quick and easy under 30 minute dinners to desserts. Delicious Under Pressure is Delicious in an Instant!

Meredith is the USA Today bestselling author of six cookbooks. The first book, Blue Jean Chef: Comfortable in the Kitchen, received rave reviews, and helped home cooks broaden their repertoire and become more versatile with a variety of cooking techniques in the kitchen. In her follow-up books in the Blue Jean Chef series, Comfortable Under Pressure, Delicious Under Pressure, and Fast Favorites Under Pressure, Meredith offers easy-to-read instructions for pressure-cooking and provides a wide variety of recipes for the pressure cooker, along with clear instructions and tips. In her latest collection, Meredith makes the Air Fryer a must-have appliance by creating even more flavorful, easy and unexpected recipes in Air Fry Everything and Air Fry Genius.