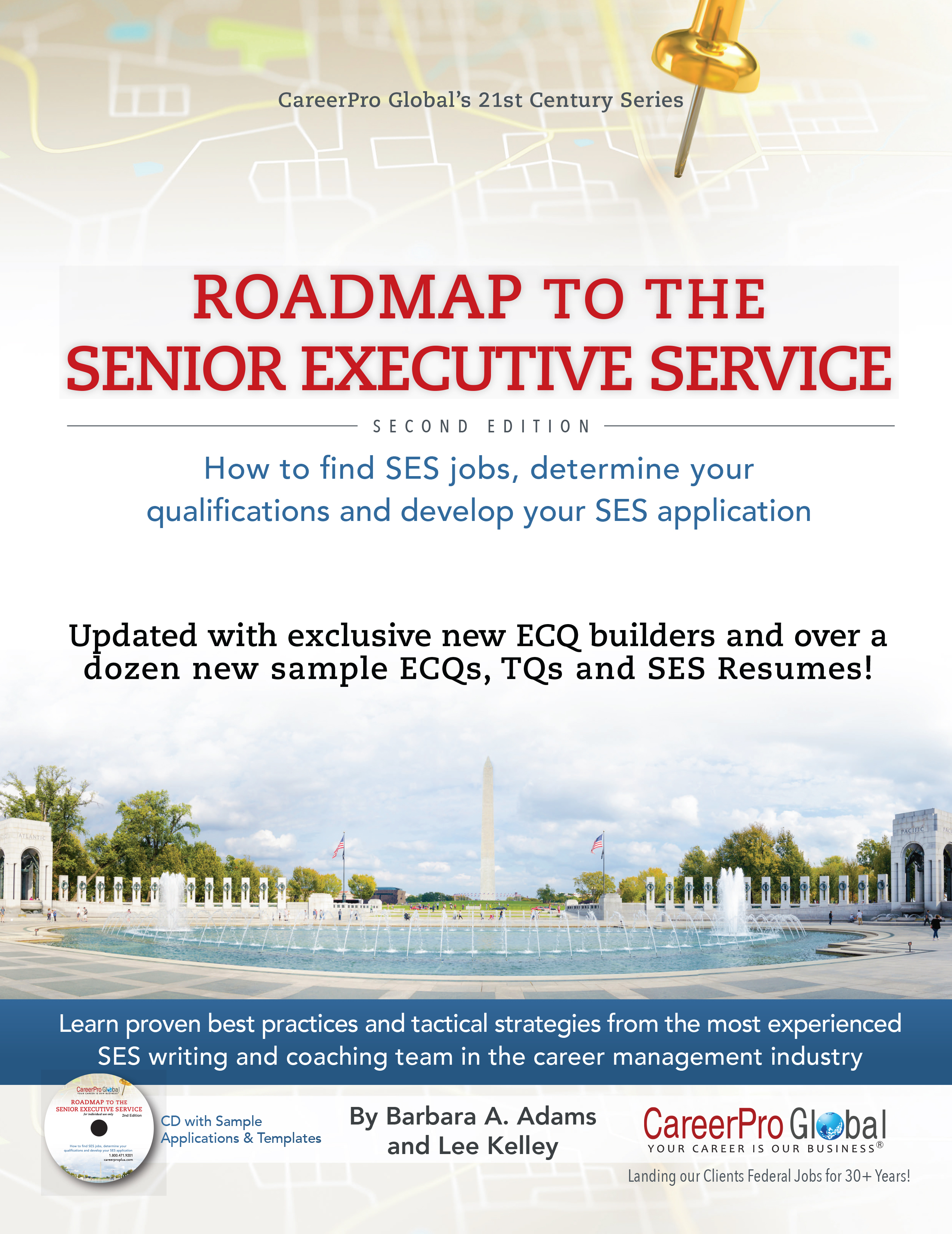 How to Find SES Jobs, Determine Your Qualifications, and Develop Your SES Application

Learn how to find Senior Executive Service (SES) government jobs, determine your qualifications, and develop your application. As a new generation of leaders steps forward to transform the federal government, will you be among them?

BARBARA ADAMS has led CareerPro Global, Inc. (CPG) for almost three decades, and has built CPG into one of the largest and fastest-growing career services organizations industry-wide, having served more than 60,000 clients to date. Barbara positioned CPG to raise the bar by developing an ISO 9001:2008-guided quality process (the first in the careers industry) through which all of CPG’s processes were reviewed and measured for quality. CPG held full ISO 9001:2008 certification/registration from 2010 to 2017, and still maintains an internal quality control system based on those standards. Barbara earned the Career Innovation Award for this implementation and focus on quality of workmanship, process, and people. Barbara has also co-authored several books in CareerPro’s 21st-Century Career Series, including Roadmap to the Senior Executive Service, Roadmap to Job-Winning Military to Civilian Resumes, Roadmap to Becoming an Administrative Law Judge and Roadmap to Federal Jobs. Barbara employs some of the best—if not the best—writers and career advisers in the industry, and provides ongoing training in support of hiring trends and protocol. CareerPro Global is one of the most trusted career management services in the industry.

LEE KELLEY is the senior member of CPG’s writing team, and serves on the executive staff as Director of Training and Managing Editor for over a dozen other writers. He is also a veteran who spent 10 years in the U.S. Army, working his way from Private to Captain. He spent a year in Ramadi, Iraq (2005–2006) in support of Operation Iraqi Freedom, and his last position in the Army was Commanding Officer of a 275-member organization. Since leaving the military, Lee has leveraged his writing and military background to work with more than 650 clients from the government, military, and private sectors. He holds three industry certifications: Master Federal Career Advisor/Trainer, Master Federal Resume Writer, and Master Military Resume Writer. Finally, Lee co-authored four books in CareerPro’s 21st-Century Career Series, and won the “Best Military Transition Resume” Toast of the Resume Industry (TORI) Award in 2011.