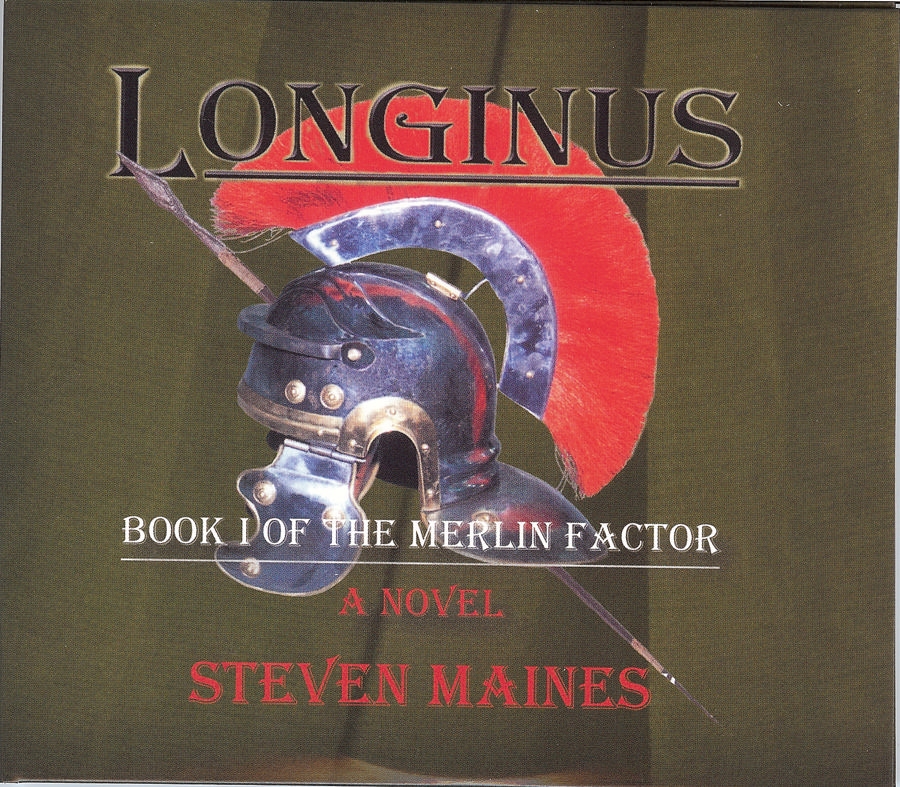 Book I of the Merlin Factor (CD)

This abridged audio version of the critically acclaimed novel, Longinus: Book I Of The Merlin Factor by Steven Maines, follows the tale of Gauis Cassius Longinus, the Roman Centurion who pierced the side Jesus with his spear while the condemned one hung from the cross. After that fateful day, Longinus escapes Rome and the priests who want to take the spear and its supposed power for themselves. Longinus follows the Centurion's life from his love for the prostitute Irena to his mystical studies with the Druids of Gaul. But it also reveals Longinus' profound spiritual awakening through his Druidic studies and the spear that speaks to him with the voice of Christ.

Born in northern California, Steven Maines began his interest in writing at a young age. He was trained on the piano in the classical tradition starting at age eight, and began composing music at age twelve. His experiences with music fueled his imagination for story telling. Steven has studied the teachings of Eastern mysticism, the deeper teachings of Catholic and Christian mysticism. The teachings of the Rosicrucian Order, AMORC became quite prominent in his life as did studies with Religious Science, Unity and the New Thought movement in general. Steven graduated with a degree in philosophy and writing. This audio version is read by Mark Colson.