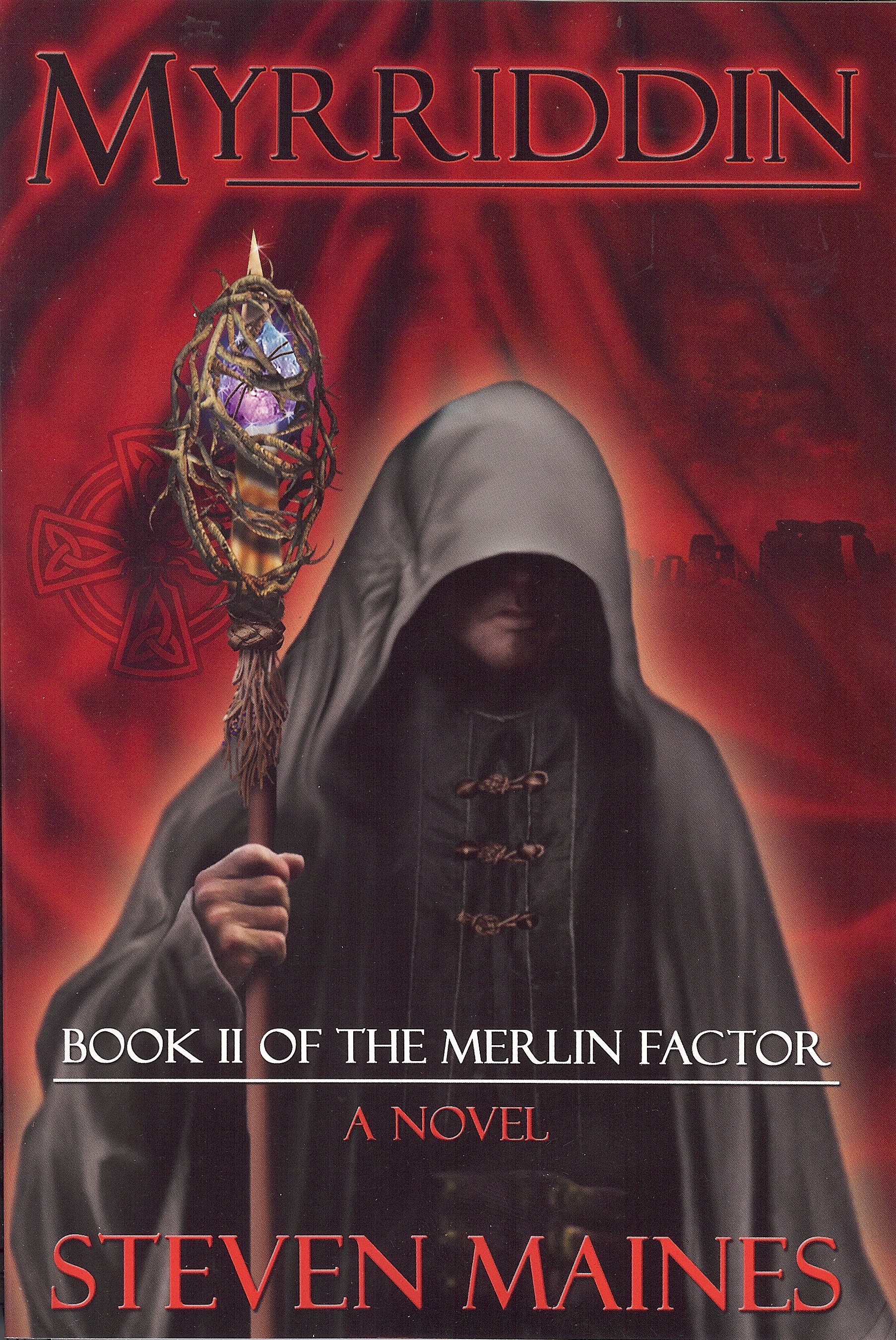 Many generations have passed since the harrowing journey of Centurion Longinus, the Roman soldier who pierced the side of Jesus with his spear while the condemned one hung from the cross, as told in Longinus: Book I Of The Merlin Factor. Now, in Myrrriddin, it is the 4th Century A.D. A young boy, Myrriddin has found sacred relics of the early Christians in the ruins of an ancient Druid temple on the Isle Of Mystery in Old Britain. For reasons beyond his immediate comprehension, the lad connects with one item in particular; the Spear off Longinus, the very spear that pierced the side of Jesus and allegedly holds the power of Christ. The world would remember him as Merlin, the greatest Druid and Wizard of all time. The book follows the tale of the boy turned young man, as Myrriddin learns the power within his own being and the power within the Spear that speaks to him of ancient times and eternal knowledge. The book also follows the battles and trials with an old enemy, Creconius Mab, and new ones in the Christian church whose certain factions are bent on destroying the Old Ways and obtaining the spear and its powers.

Steven Maines was trained on the piano in the classical tradition starting at age eight, and began composing music at age twelve. His experiences with music fueled his imagination for story-telling. Philosophy and spirituality are fields that have always been of great interest to Steven. He aligns his beliefs with Socrates. Maines has studied the teachings of Eastern mysticism, and the deeper teachings of Catholic and Christian mysticism. The teachings of the Rosicrucian Order, AMORC became quite prominent in his life as did studies with Religious Science, Unity and the