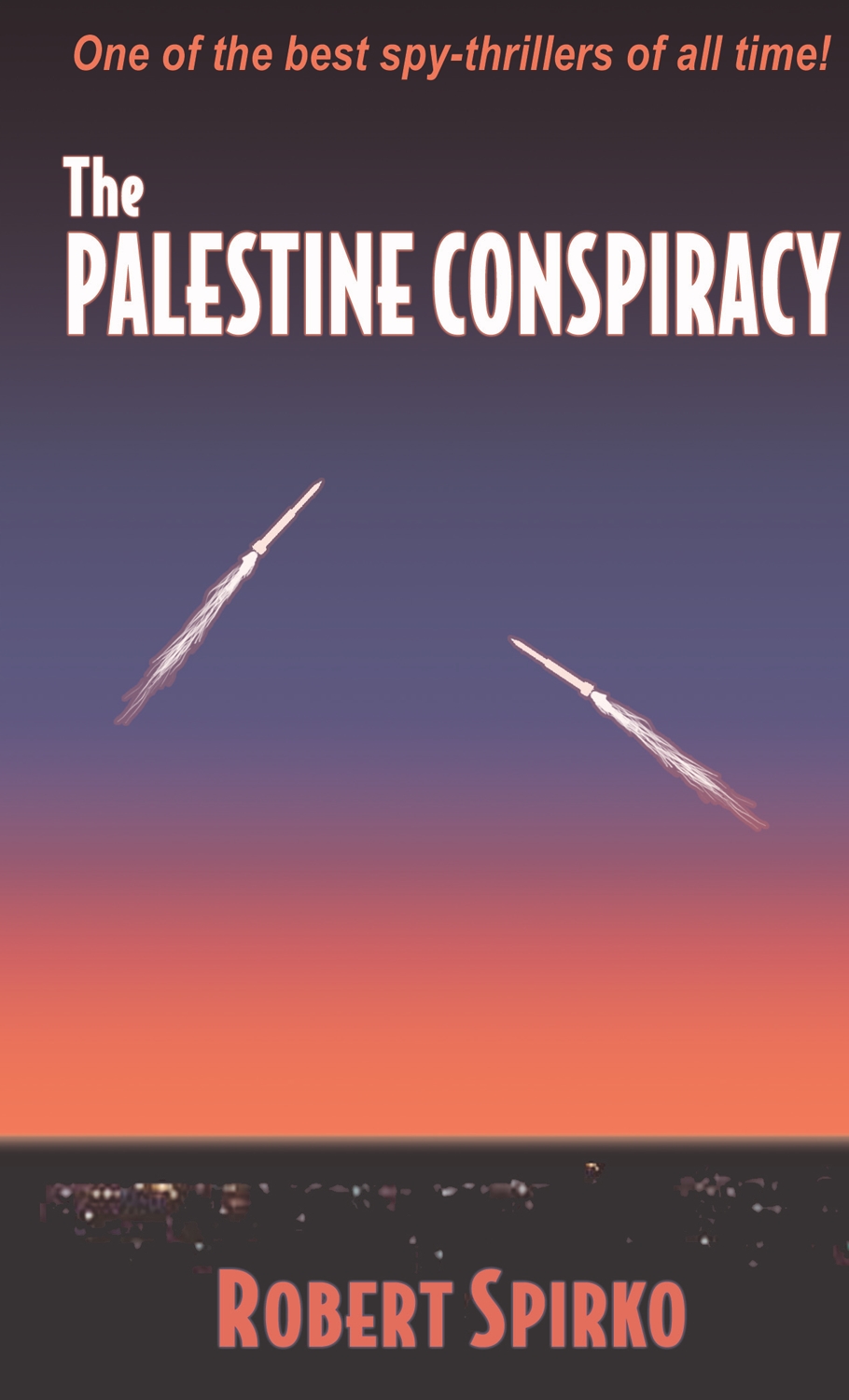 This intriguing spy-thriller will take you into the armed camp of a Bedouin terrorist, who becomes the leader of the Palestine Liberation Organization, aided by a wealthy Saudi family who wants nothing less than nuclear parity with Israel and equality in terms of human rights. Rick Waite, a UPI reporter discovers a secret plan to destroy Israel then gets himself kidnapped by the PLO. Armed with this secret intelligence message from the Israeli Mossad, Waite and his new Bedouin friend, Ahmed, embark on a search for the truth as to what this “secret message” means for the Middle East. As the two hook-up with a mysterious London Red Cross worker, Adrienne, they rescue a Palestinian youth caught in a deadly crossfire between Israeli snipers and a brutal mortar attack by the PLO. The trio discovers a secret desert missile installation where a mysterious Bedouin terror organization is set to launch two missiles armed with nuclear warheads against Haifa and Tel Aviv. As events spin out of control, Waite and his accomplices realize that a nuclear holocaust is upon them. In a race against all odds and the clock, they set in motion a sequence of deadly events to halt a conflagration between the PLO and Israel. With the Middle East peace efforts in a shambles and the region on the brink of nuclear annihilation, Israel and the Palestinians must come to grips with the reality—is it better to live together than die together in the lands of Abraham and Solomon? Will the Mossad let them live to see the creation of a Palestinian State? Will the duplicity of a secret agent make all their efforts in vain?

Robert Spirko is a graduate of the Kent State University School of Journalism where he studied for his MBA. At the 2000 Camp David Peace Conference, Mr. Spirko was instrumental in establishing new ideas between Ehud Barak and Yasser Arafat, and his contributions nearly culminated in a peace agreement, but the effort ultimately failed because neither side would take that final step to agree to Palestinian reparations and the abolishment of settlements on Palestinian land. The BBC termed his ideas on the Jerusalem problem as