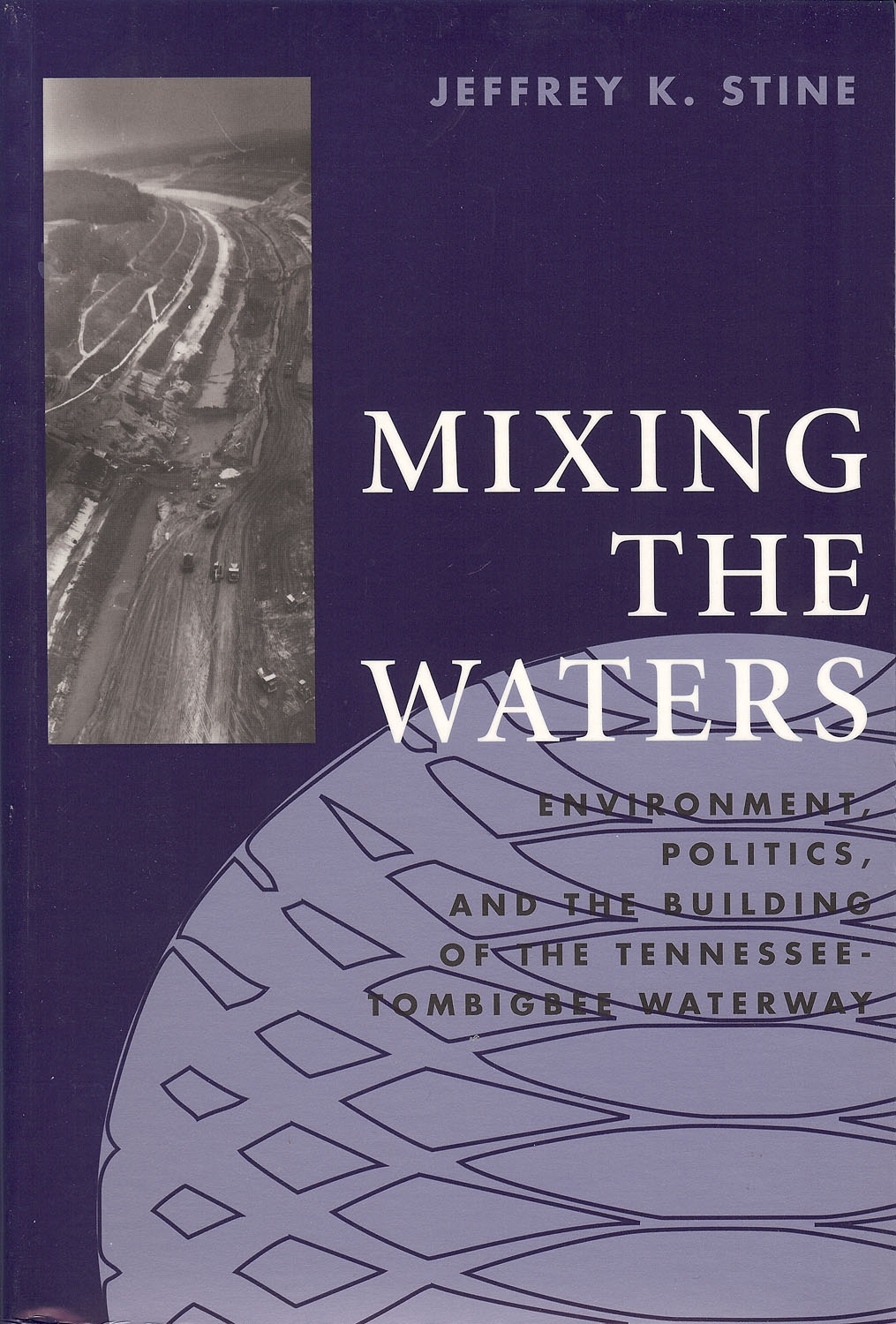 Envrionment, Politics, and the Building of the Tennessee -Tombigee Waterway

The largest, most costly domestic public works project ever undertaken by the Army Corps of Engineers, the Tenn-Tom's 234 miles, five dams, and ten locks entailed the movement of more earth than was required to dig the Panama Canal. In a monumental history of the nation's largest navigation project, Jeffrey K. Stine records the struggle between the interests determined to build the waterway and the forces pitted against its completion. Based on extensive research, Mixing the Waters explores the intersection of environmental history, the history of technology, and U.S. political history. It chronicles the profound changes introduced by the environmental movement and addresses the importance of changing societal values, an issue at the heart of understanding the evolving relationship between technology and the environment.

Jeffrey K. Stine is Curator of Engineering at the National Museum of American History, Smithsonian Institution. He received a PhD in the History of Technology and American History in 1984 from the University of California at Santa Barbara. He has been awarded several prizes for his scholarship, including the 1992 James Madison Prize from the Society for History in the Federal Government, and the 1993 G. Wesley Johnson Prize from the National Council on Public History.