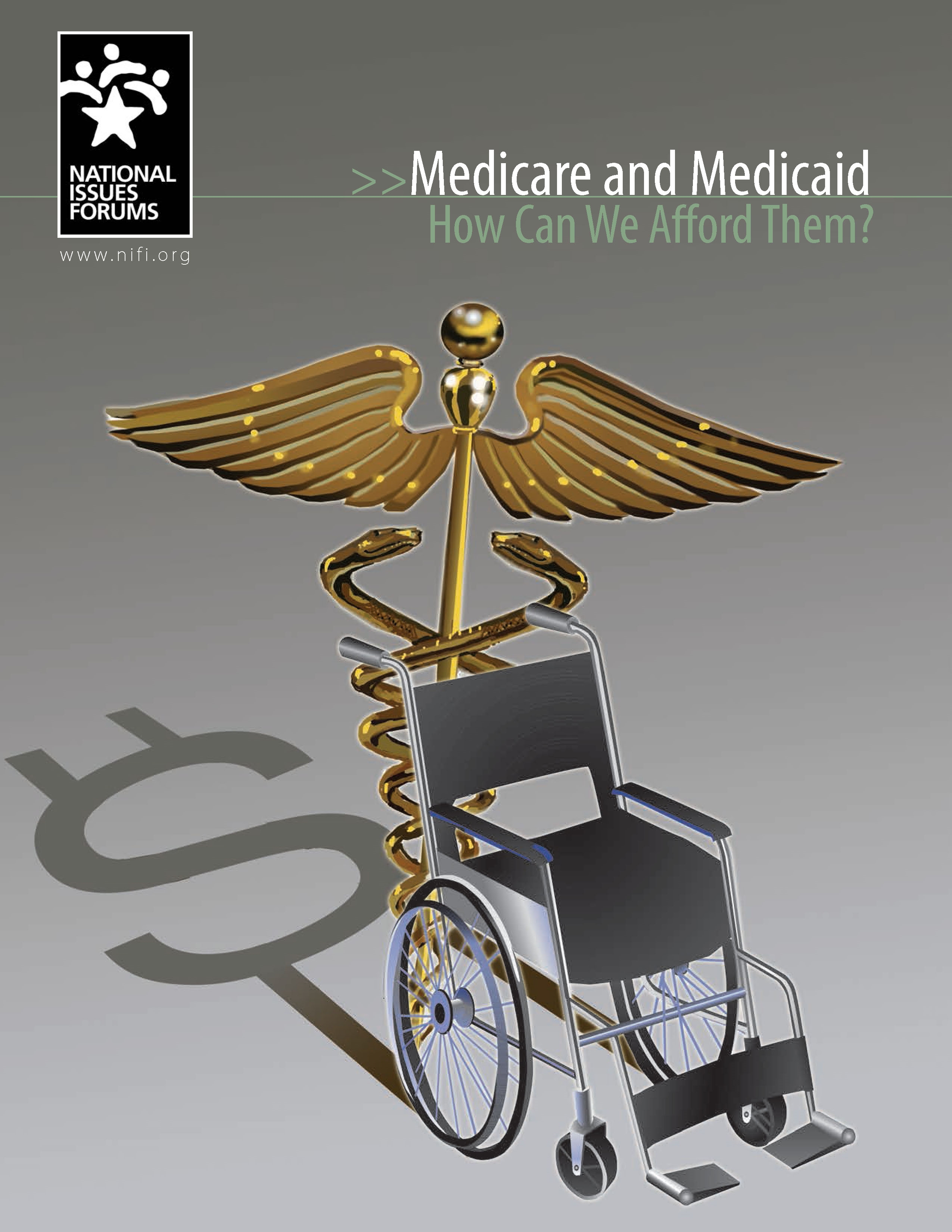 "Nearly everybody will, at some point, get sick and need the help of health-care professionals. Finding the resources to cover these public programs is an ever-increasing challenge at a time when our national debt is at an all-time high. Ultimately, all Americans—policymakers as well as citizens—will have to face painful decisions about reducing the cost. This may mean fewer choices in health care for the tens of millions of people enrolled in these programs. The choices are difficult; the stakes, enormous.

Do What It Takes to Maintain Our Commitment
Keeping the programs solvent may mean higher taxes for workers and companies, or raising the age of eligibility for Medicare. It could mean asking Medicaid patients to share the cost of their coverage. We need to do what is necessary to continue the commitment even if that costs everyone more. But, raising taxes to pay for both programs may cost them the broad-based support they now enjoy. Making people wait longer to collect Medicare or forcing the poor to pay part of their health care may cause people to delay getting help, resulting in higher costs later on.

Reduce Health-Care Costs Throughout the System
It is critical to put Medicare and Medicaid on a better financial footing. We need to pay for fewer lab tests people get and reduce money spent on end-of-life care. The U.S. government should negotiate for lower drug costs as other countries do. But, fewer tests may mean more people will die from undiagnosed illnesses. Less end-of-life intervention may mean that more people will die sooner than they would otherwise need to. And lowering the profits of drug companies will mean less money for research into better drugs that benefit everyone.

Get Serious about Prevention
One reason Medicare and Medicaid are headed for a crisis is because so many Americans have unhealthy lifestyles that cause them to develop preventable illnesses like diabetes and heart disease. We should stop expecting others to pay for the consequences of our bad choices. Government incentives should reward those who weigh less, eat right, and exercise more. But, an emphasis on prevention and requiring that people adopt healthier lifestyles would invite unfair scrutiny of their behavior and would increase government intrusion into people’s lives.

Maura Casey became an associate of the Kettering Foundation in 2013 after a 30-year journalism career writing and editing opinion. A native of Buffalo, New York, Casey was a member of the editorial board of four newspapers, including the New York Times. During her career she won 40 regional and national journalism awards. She shared a Pulitzer Prize with the staff of the Lawrence (Massachusetts) Eagle-Tribune; as a member of the Hartford Courant editorial board she and her colleagues won the national Sigma Delta Chi award for editorial writing for editorials written in response to the Newtown tragedy in 2012.
Casey has a BA in political science, magna cum laude, from Buffalo State College, and an MA in journalism and public affairs from American University. She lives in Connecticut with her husband of 32 years, Peter Panzarella. They have two adult children, Anna and Tim.