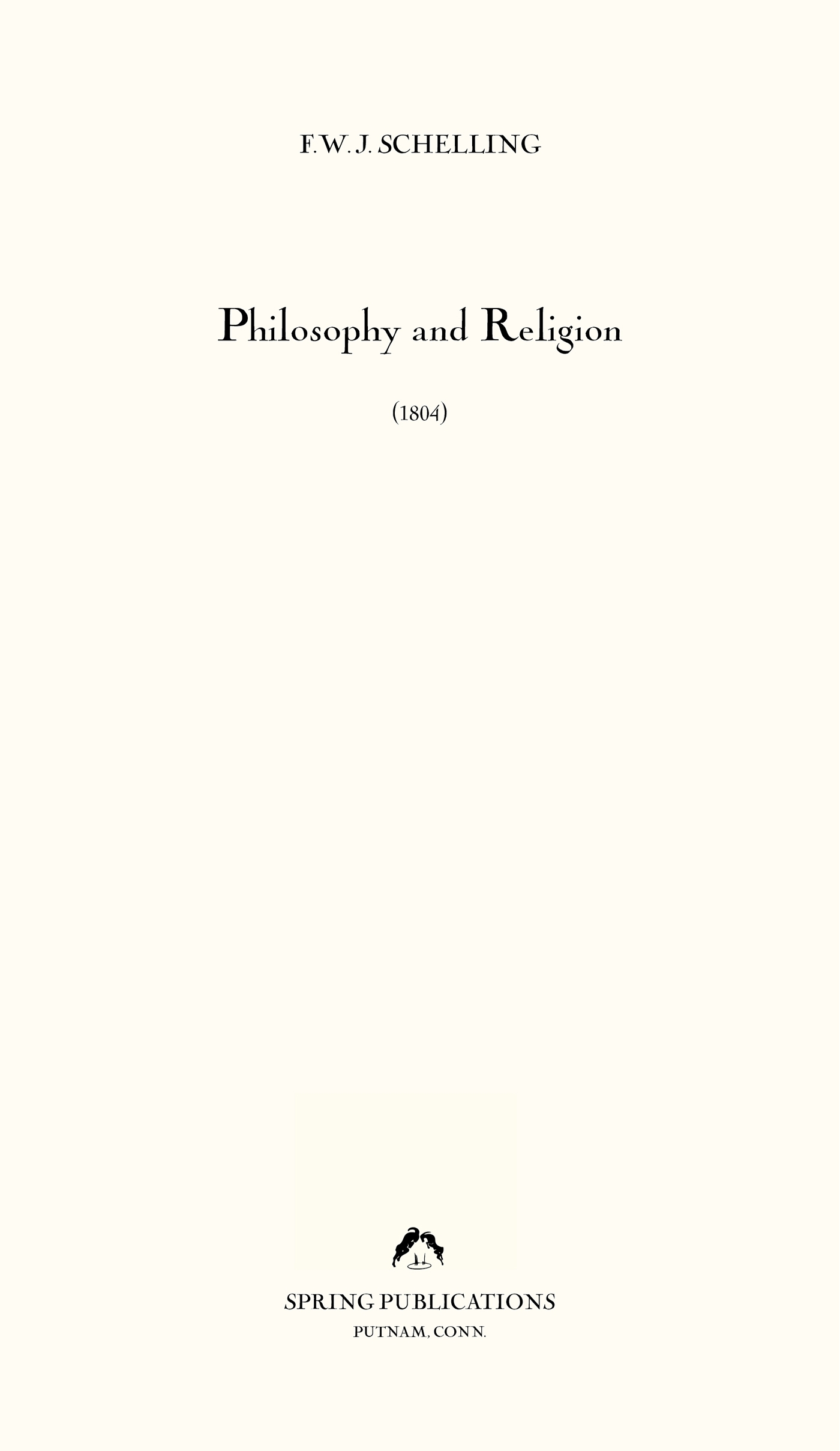 This is the first translation into English of an important early work of the German idealist philosopher F.W.J. Schelling. Philosophy and Religion (1804) is considered a precursor to his major work on freedom, his Philosophical Inquiries into the Nature of Human Freedom (1809). In Philosophy and Religion, Schelling raises the question of how philosophy can come to terms with the failure of approaching the highest principle of being, the Absolute (or God), rationally. He argues that the only possibility of recognizing the Absolute lies in intellectual intuition, which goes beyond presentiment or religious intuition. For Schelling, it is the task of philosophy to lead the soul towards the intuition of the Infinite: "All philosophy begins . . . with an animated idea of the Absolute." In recent years, Schelling's philosophical ideas have been adopted by contemporary thinkers such as the Slovenian philosopher and psychoanalytic theorist Slavoj Žižek and the French theorist of "Non- Philosophy," François Laruelle.