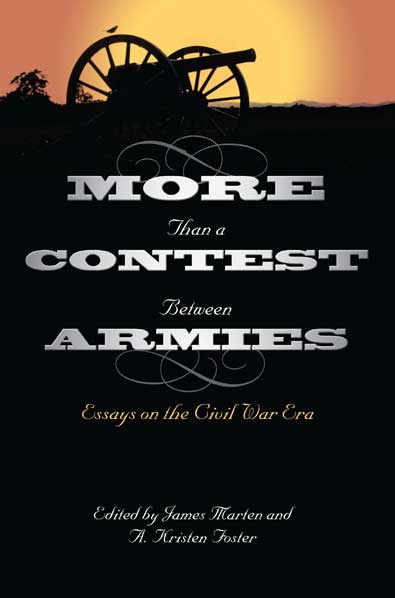 More Than a Contest Between Armies

Essays on the Civil War Era

A collection of essays from the Klement Lecture series

For more than a decade, Marquette University has honored Frank L. Klement, a longtime member of its history department whose reputation as a historian was established with his “alternative view” of the Civil War, with the annual Frank L. Klement Lectures: Alternative Views of the Sectional Conflict. Lecturers are asked to examine an unexplored aspect of the Civil War or to reinterpret an important theme of the conflict, including, among others, the war’s effect on race and gender, historians’ interest in studying the experiences of representative individuals as well as communities, and the emerging field of memory studies.

From the very beginning of the series, lecturers were chosen from among the best-known Civil War historians. They are among the elite scholars responsible for the continuing popularity of the Civil War era among both academics and the interested public. The twelve essays in this anthology were lectures presented by Edward L. Ayers, William Blair, David W. Blight, Catherine Clinton, Gary W. Gallagher, J. Matthew Gallman, Lesley J. Gordon, Robert W. Johannsen, Mark E. Neely Jr., George Rable, John Y. Simon, and Joan Waugh.

In a single volume, More Than a Contest Between Armies offers readers an impressive array of topics, approaches, and perspectives certain to interest both buffs and scholars.

James Marten is professor and chair of the history department at Marquette University and founder of the Frank L. Klement Lecture Series.

A. Kristen Foster is assistant professor in the history department at Marquette University.