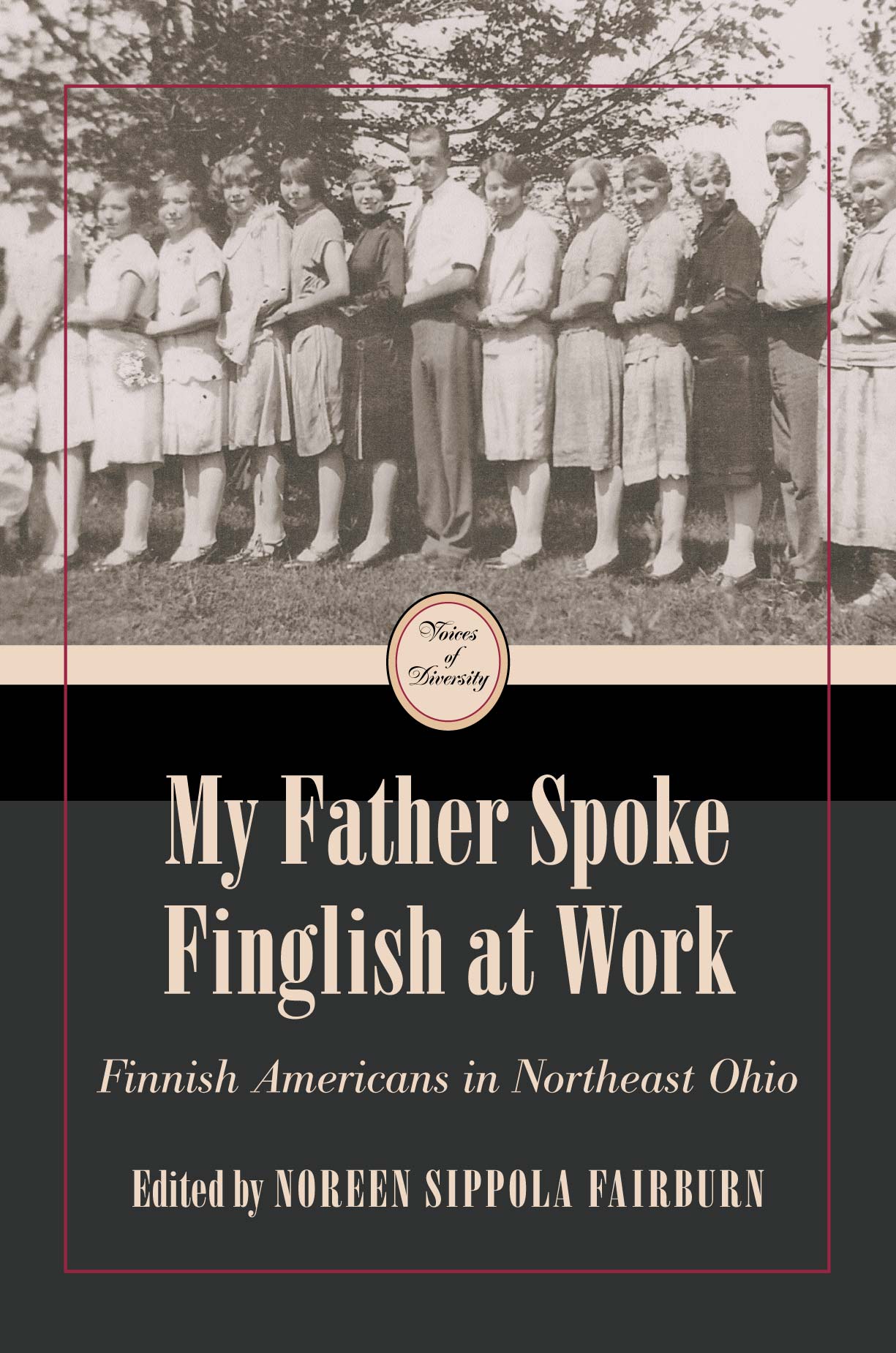 My Father Spoke Finglish at Work

A regional view of Finnish immigration

In 1874 the first Finnish immigrants came to Northeast Ohio’s Lake Erie port towns to work on the docks loading coal or unloading iron ore from ships sailing the Great Lakes or to work on the railroads. As with most immigrant groups, the Finns clustered in the same area, hoping to retain their language, customs, and culture, even in the New World.

The Finnish American Heritage Association of Ashtabula County was organized in 1995, and one of its first projects was the interviewing and taping of elderly Finnish Americans to obtain historical accounts of early immigrants. These first-person accounts were written as the narrator told them. Many of the first- and second-generation Finns were in their eighties or nineties at the time of their interviews, yet their recollections of times gone by were told with frankness and clarity. Photographs representative of these early years are also included in this volume.

Genealogists and those interested in immigration studies will find these first-person accounts valuable research tools and fascinating testimonies to the migrant experience.

Noreen Sippola Fairburn is a third-generation Finn whose four grandparents all emigrated from Finland in the late nineteenth century and settled in Ashtabula County. A former employee of Kent State University’s Ashtabula Campus, Fairburn is a freelance writer with an interest in local history.