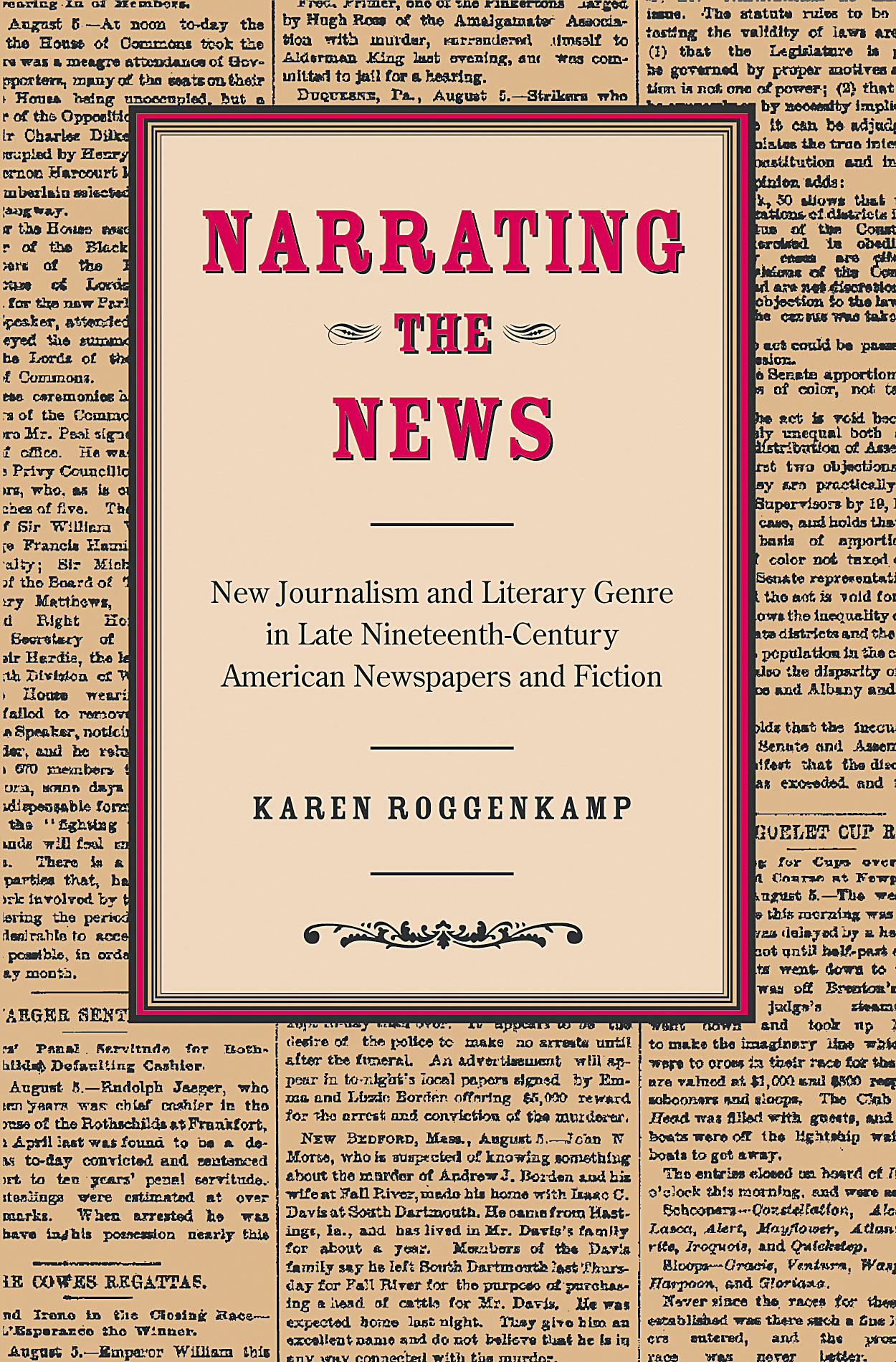 A scholarly examination of “new journalism”

Due to a burgeoning print marketplace during the late nineteenth century, urban newspapers felt pressure to create entertaining prose that appealed to readers, drawing on popular literary genres such as travel adventures, detective tales, and historical romances as a way of framing the news for readers. Using current events for their source documents, reporters fashioned their own dramas based on those that readers recognized from a broadly drawn literary culture. The desire to spin attractive, popular tales sometimes came at the expense of factual information. This novel, commercialized, and sensationalistic style of reporting, called “new journalism,” was closely tied to American fiction.

Unlike previously published studies of literature and journalism, which focus only on a few canonical figures, Roggenkamp looks at part of the history of mass print communications more generally, exposing the competitive and reinforcing interplay between specific literary genres and their journalistic revisions. Narrating the News provides an original, significant contribution to the fields of literature, journalism history, and cultural studies.

Karen Roggenkamp is assistant professor of English at Texas A&M University, Commerce. She has published articles in Journal of American Culture, American Periodicals, and Journal of the American Studies Association of Texas.