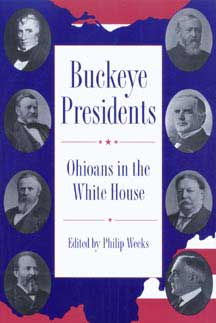 Ohioans in the White House

An examination of the important role of Ohio in U.S. presidential history Only two states can claim the title “the Mother of U.S. Presidents”—Ohio and Virginia. Fifteen presidents have hailed from either Ohio or Virginia, though one of those men, William Henry Harrison, is attributed to both states. The other seven men from Ohio who have piloted the United States from the White House are Ulysses S. Grant, Rutherford B. Hayes, James A. Garfield, Benjamin Harrison, William McKinley, William Howard Taft, and Warren G. Harding. Drawing on recent scholarship, the essays place each president squarely in the context of his time.