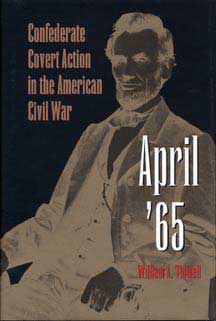 The most thorough description of the Confederate Secret Service to date, April ’65 provides previously unknown records and traces the development of Confederate doctrine for the conduct of irregular warfare. In addition it describes Confederate motives and activities associated with the development of a major covert effort to promote the creation of a peace party in the North. It shows in detail how the Confederates planned to attack the military command and control in Washington and how they responded to the situation when the wartime attack evolved into a peacetime assassination. One of the most significant pieces of new information is how the Confederates were successful in influencing the history of the assassination.