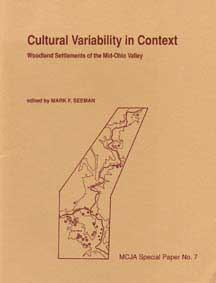 Woodland Settlements of the Mid-Ohio Valley