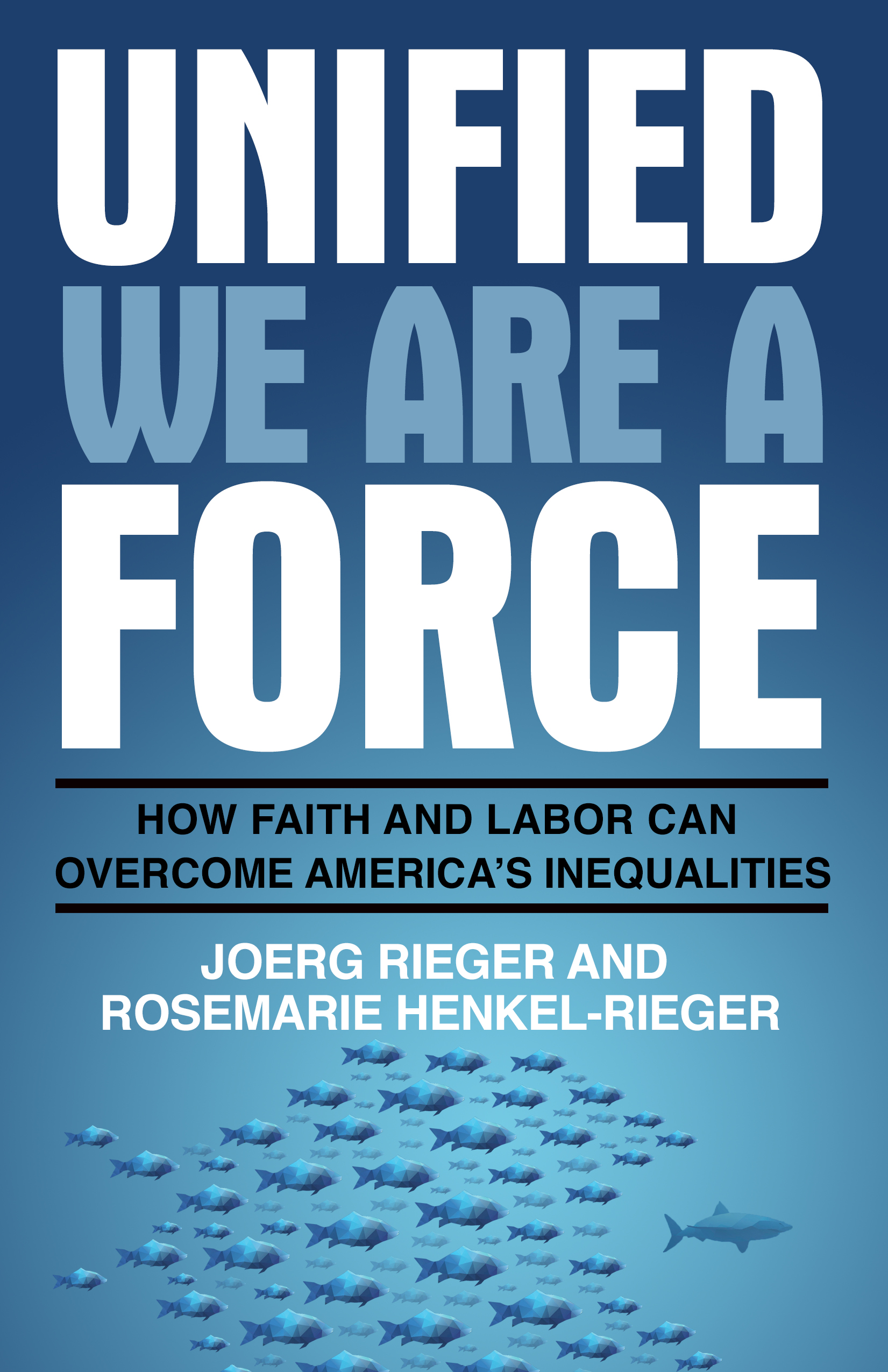 Unified We Are a Force

How Faith and Labor Can Overcome America’s Inequalities

The American dream of "pulling yourself up by your bootstraps" is no longer possible, if it ever was. Most of us live paycheck-to-paycheck, and inequality has become one of the greatest problems facing our country. Working people and people of faith have the power to change this-but only when we get unified!

In this practical and theological handbook for justice, renowned theologian Joerg Rieger and his wife, community and labor activist Rosemarie Henkel-Rieger, help the working majority (the 99% of us) understand what is happening and how we can make a difference. Discover how our faith is deeply connected with our work. Find out how to organize people and build power and what our different faith traditions can contribute. Learn from case studies where these principles have been used successfully-and how we can use them. Develop "deep solidarity" as a way to forge unity while employing our differences for the common good.

Joerg Rieger's theology has been hammered out on the anvil of resistance to contemporary struggles for power and domination, set before the backdrop of the conservative worlds of the south, both in Germany and the United States, with the intention of providing genuine alternatives.

During his seminary education and internships in German Methodist churches, Rieger became increasingly aware of deep-seated problems in church and theology, which helped to perpetuate unjust structures like gender inequality and exploitation of the environment. Moving to the United States where he received his Ph.D. in Theology and Ethics from Duke University, Rieger became further aware of issues of racial discrimination and economic injustice and of how church and theology were complicit. Neither the conservative, rules-based Christianity of the Methodist church in which he grew up nor the liberal theology of his early theological education provided the resources to address such forms of systemic oppression. Rieger's work is based on the recognition that more radical and faithful visions of Christianity were needed, and that such visions were already emerging from grassroots communities both locally and globally.

Rieger continues to develop this more challenging vision of Christianity in close collaboration with colleagues both nationally and internationally and with emerging grassroots movements. In Dallas, where he taught at Perkins School of Theology from 1994 to 2016, he was active in the religion and labor movement. In 2016 he was named Distinguished Professor of Theology at Vanderbilt University Divinity School.

Rosemarie Henkel-Rieger is an organizer and lecturer. Most recently she worked for North Texas Jobs with Justice and the Dallas Central Labor Council (AFL-CIO). She is also the founder of the Texas New ERA Center/Jobs with Justice. Her previous lives were spent as a molecular biologist, a Montessori teacher and home educator.