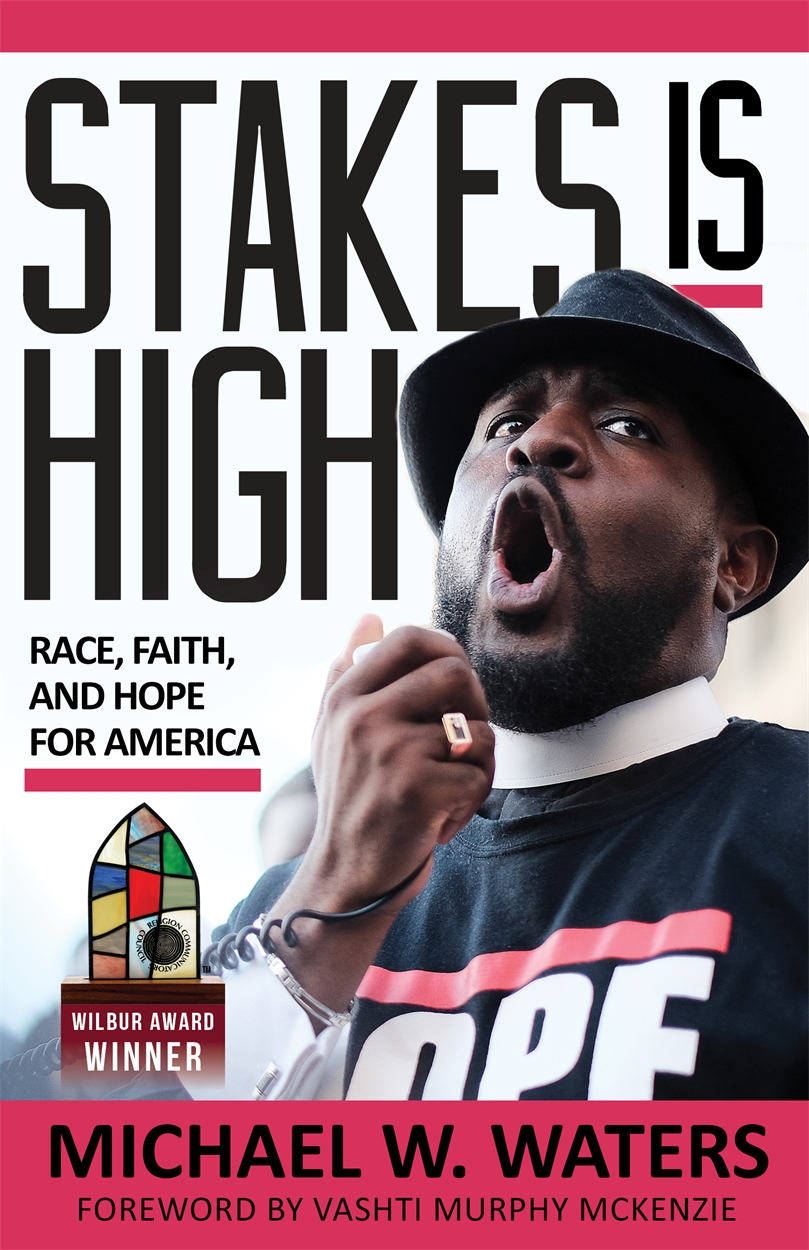 Race, Faith, and Hope for America

"Michael W. Waters...is both blunt and lyrical as he meditates on police violence, racism, hip-hop, and the power of faith." —"New and Noteworthy," Sojourners, April 2017

What happens when a people can take no more injustice rained down upon their sons and daughters? When each new travesty echoes the cries of ancestors killed for the color of their skin? How do a people rediscover hope? And how do they use that new-found hope as momentum and strength for change?

In his powerful new book Stakes Is High, pastor, activist, and community leader Michael W. Waters blends hip-hop lyricism and social justice leadership, creating an urgent voice demanding that America listen to the suffering if it hopes to redeem its soul. Weaving stories from centuries of persecution against the backdrop of today's urban prophets on the radio and in the streets, Waters speaks on behalf of an awakened generation raging against racism - yet fueled by the promise of a just future. Through the pain and hard but holy work, you will hear the call to join the faithful struggle for racial justice.

The Reverend Dr. Michael W. Waters is founding pastor of Joy Tabernacle African Methodist Episcopal (A.M.E.) Church in Dallas, Texas, one of the newest and fastest-growing A.M.E. churches in the state. As a pastor, professor, author, community leader, and social commentator, his words of hope and empowerment inspire national and international audiences.

Named "Pastor of the Year" at the Center for Theological Activism's 2015 Justice Awards, Waters is a Dallas Business Journal Class of 2015 "40 under 40" honoree and a recipient of the Dallas-Fort Worth Chapter of the Council on American - Islamic Relation's 2016 Community Leader of the Year Award. He is also a recipient of Southern Methodist University's 2015 Distinguished Alumni Emerging Leader Award. The author of the award-winning book Freestyle: Reflections on Faith, Family, Justice, and Pop Culture (Upper Room Books, 2014), Waters's writings have appeared in such respected publications as The Huffington Post, Feasting on the Gospels Bible Commentary, and Upper Room Disciplines.

Waters is married to Yulise Reaves Waters, Esq. They are the proud parents of three children.