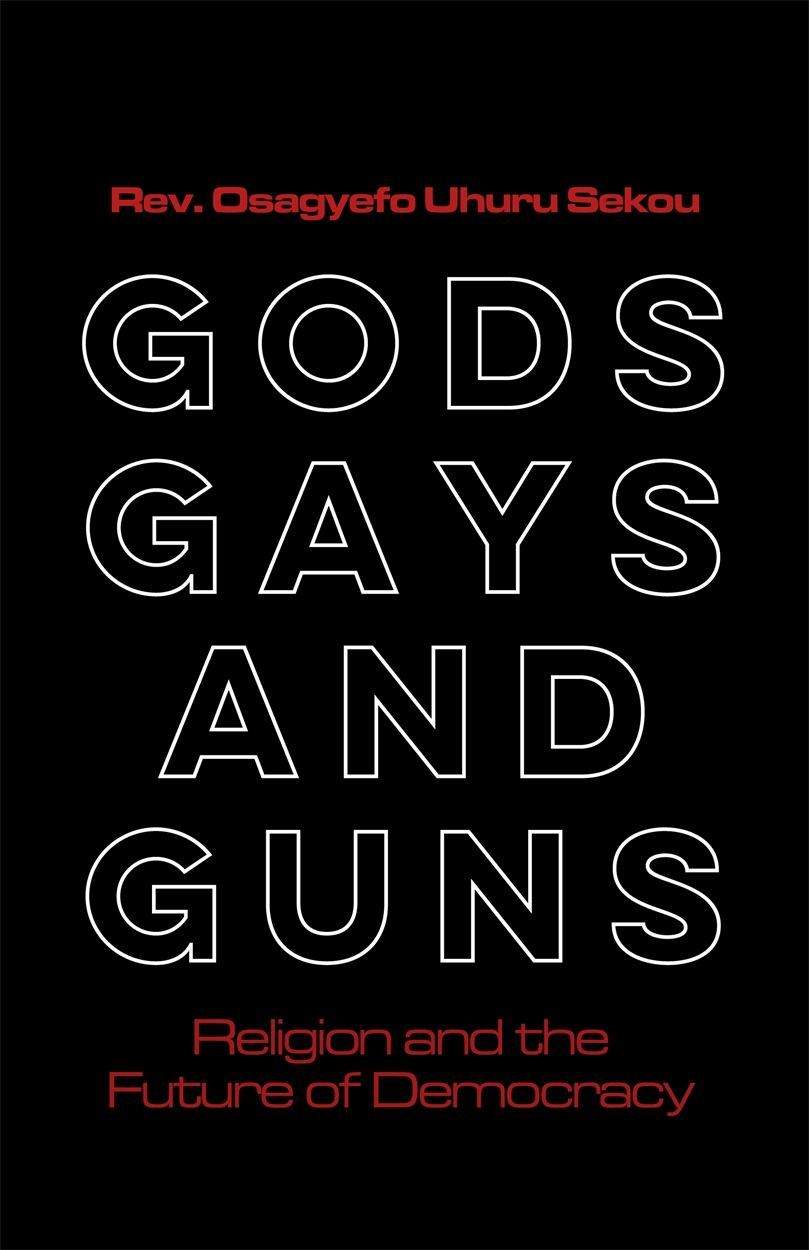 Religion and the Future of Democracy

"Democracy and god have failed" captures the spirit of this provocative collection of essays. Arguing that the religion must be used for the expansion of democracy, Gods, Gays, and Guns takes up the topics of gay marriage, economic justice, and social movements. Written in Parisian cafes, London's ghettos, and the aftermath of Haiti's earthquake and post-Katrina New Orleans, Gods, Gays, and Guns is a spiritual tour-de-force, revealing a crisis of faith in religion and democracy.

With an unflinching pen, Rev. Osagyefo Sekou challenges the reader to rethink the meaning of the role of religion in our global democracy.

Sekou was a Visiting Scholar at Stanford University's Martin Luther King Education and Research Institute at the time of Michael Brown Jr.'s killing, and traveled to Ferguson in mid-August 2014 on behalf of the Fellowship of Reconciliation, the country's oldest interfaith peace organization, to organize alongside local and national groups. With the Deep Abiding Love Project, he has helped trained over five thousands activists in militant nonviolent civil disobedience through the United States.

Born in St. Louis and raised in the rural Arkansas Delta, Sekou has studied at the New School, Union Theological Seminary, and Harvard University. He lectures widely, including at Princeton University, Harvard Divinity School, the University of Virginia, University of Paris IV - La Sorbonne, and Vanderbilt University. He is a former Professor of Preaching in the Graduate Theological Urban Studies Program at the Seminary Consortium of Urban Pastoral Education, Chicago.

In May 2017, Sekou released his debut solo album, In Times Like These. Recorded at the storied Zebra Ranch Studio, a barn in Coldwater, Mississippi, the album features the six-time Grammy nominated North Mississippi Allstars.