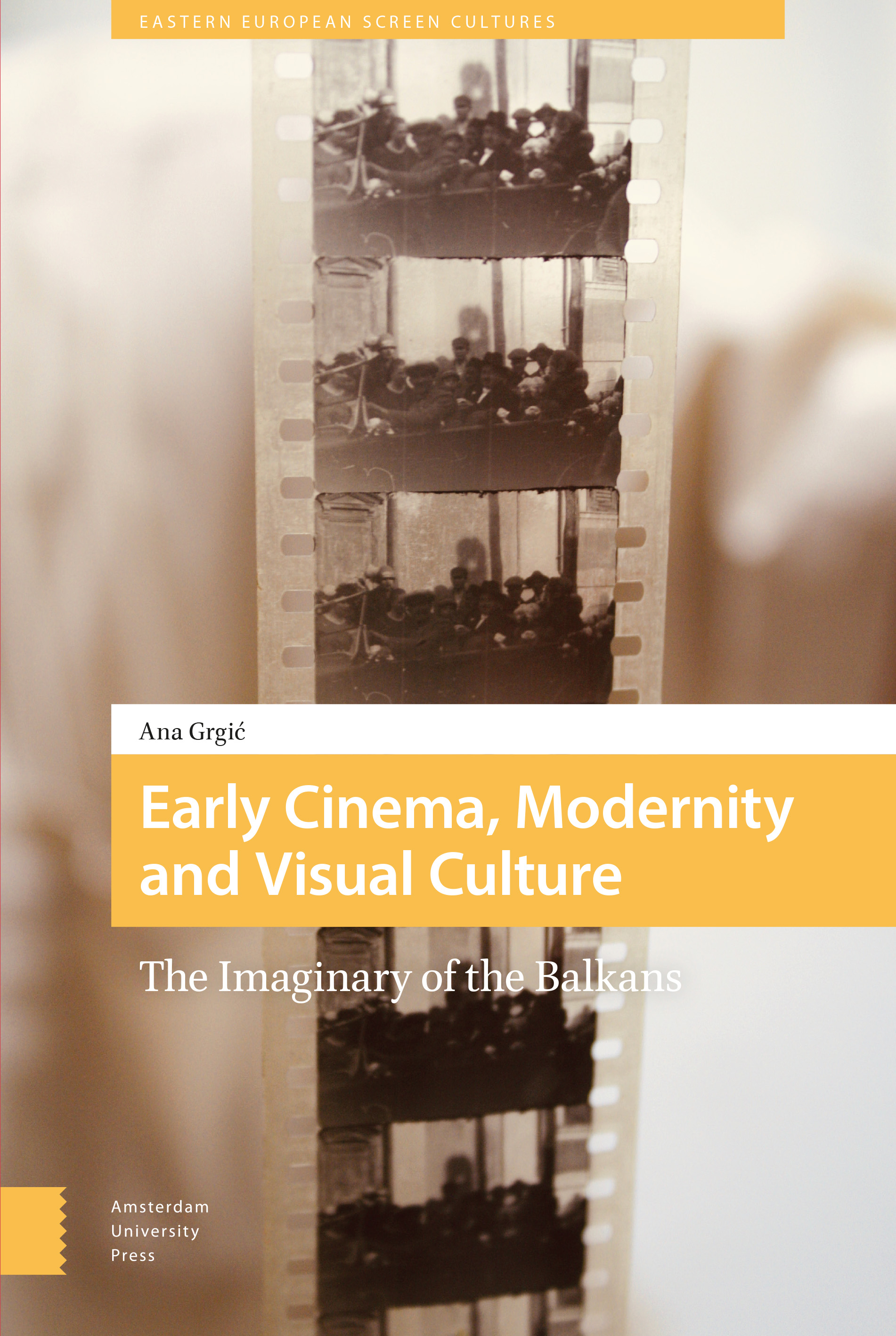 The Imaginary of the Balkans

Based on original archival research, Early Cinema, Modernity and Visual Culture: The Imaginary of the Balkans is the first study on early cinema in the region from a transnational and cross-cultural perspective. It investigates how the unique geopolitical positioning of the Balkan space and its multiculturality influenced and shaped visual culture and cinema. Countering Eurocentric modernity paradigms and reframing hierarchical relations between centres and peripheries, this book adopts an alternative methodology for interstitial spaces. By deploying the notion of the haptic, it establishes new connections between moving image artefacts and print media, early film practitioners, the socio-political context and cultural responses to the new visual medium.

Ana Grgic (PhD, University of St Andrews) is Associate Professor at Babes-Bolyai University. Her research on Balkan cinemas, archives, and cultural memory has appeared in Early Popular Visual Culture, Studies in Eastern European Cinema, Film Quarterly, and KinoKultura. She is co-editor of Contemporary Balkan Cinema: Transnational Exchanges and Global Circuits (2020), and is Associate Editor of Studies in World Cinema.