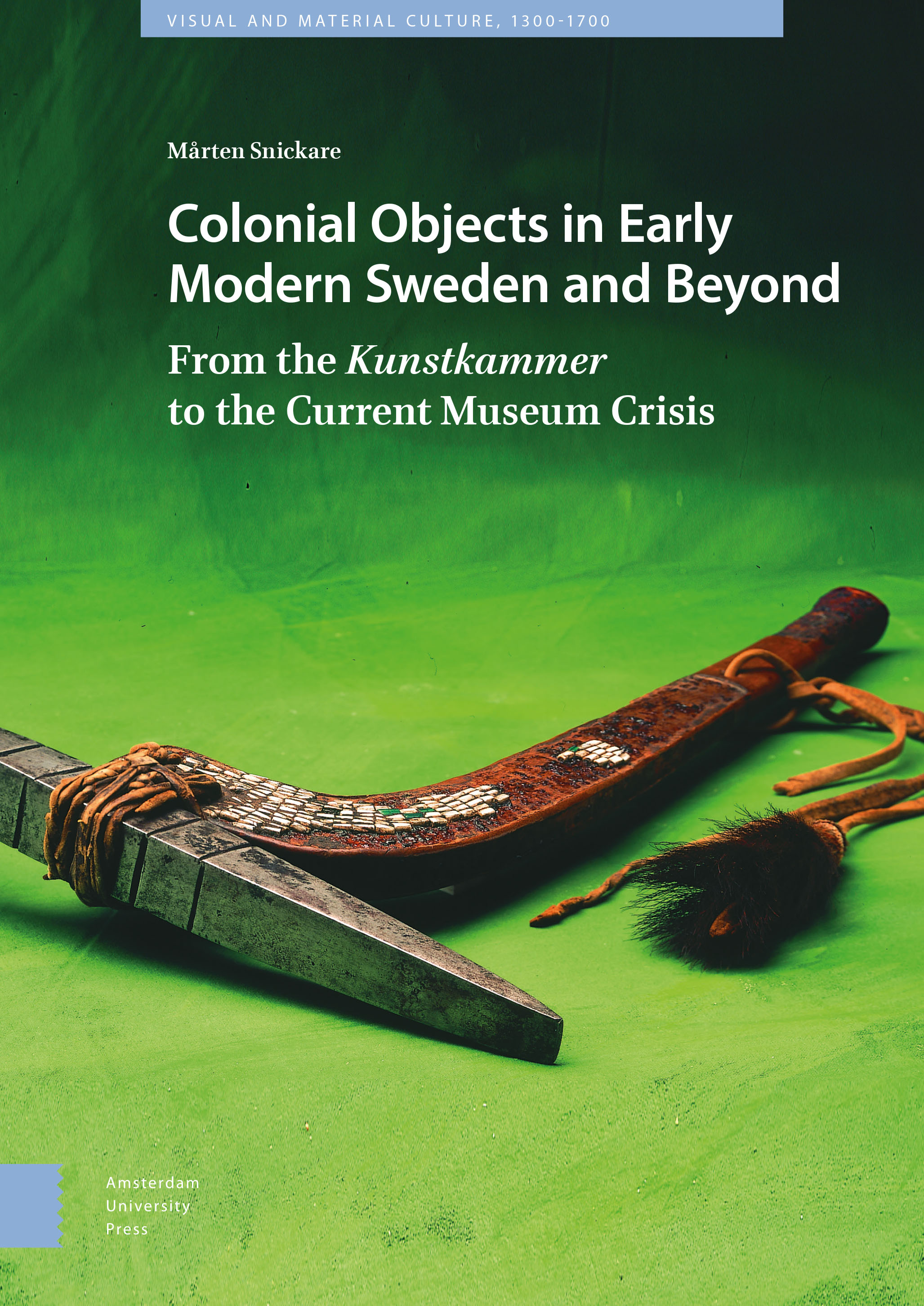 Colonial Objects in Early Modern Sweden and Beyond

From the Kunstkammer to the Current Museum Crisis

An elaborately crafted and decorated tomahawk from somewhere along the North American east coast: how did it end up in the royal collections in Stockholm in the late seventeenth century? What does it say about the Swedish kingdom’s colonial ambitions and desires? What questions does it raise from its present place in a display cabinet in the Museum of Ethnography in Stockholm?
Colonial Objects in Early Modern Sweden and Beyond is about the tomahawk and other objects like it, acquired in colonial contact zones and displayed by Swedish elites in the seventeenth century. Its first part situates the objects in two distinct but related spaces: the expanding space of the colonial world, and the exclusive space of the Kunstkammer. The second part traces the objects’ physical and epistemological transfer from the Kunstkammer to the modern museum system. In the final part, colonial objects are considered at the centre of a heated debate over the present state of museums, and their possible futures.

Mårten Snickare is Professor of Art History at Stockholm University and Director of Accelerator, an exhibition space at the university where art and science meet. He has published extensively on Swedish and European Baroque art and architecture.