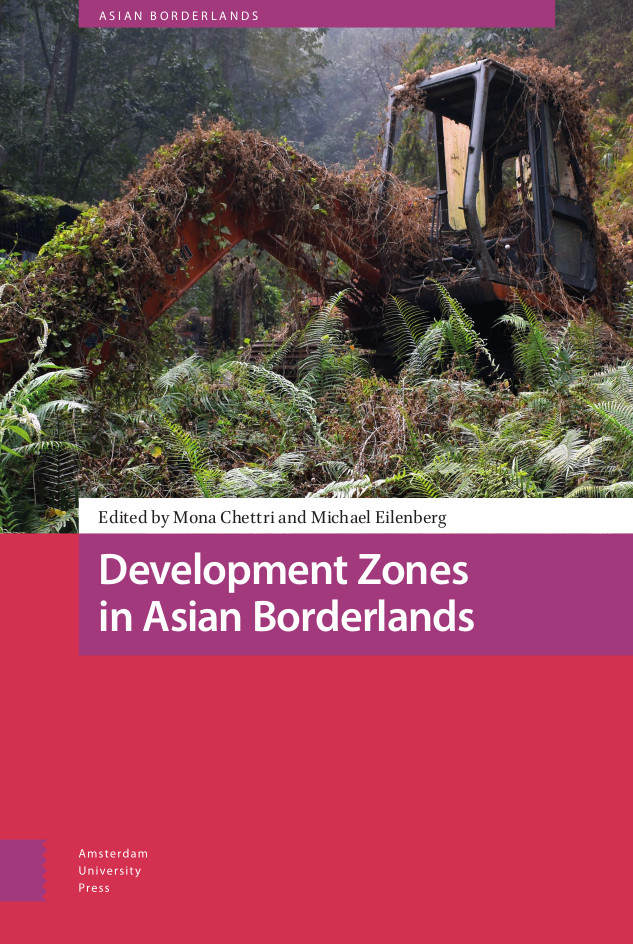 Development Zones in Asian Borderlands maps the nexus between global capital flows, national economic policies, infrastructural connectivity, migration, and aspirations for modernity in the borderlands of South and South-East Asia. In doing so, it demonstrates how these are transforming borderlands from remote, peripheral backyards to front-yards of economic development and state-building. Development zones encapsulate the networks, institutions, politics and processes specific to enclave development, and offer a new analytical framework for thinking about borderlands; namely, as sites of capital accumulation, territorialisation and socio-spatial changes.

Mona Chettri is a Next Generation Network Scholar at the Australia-India Institute, University of Western Australia. She is the author of Ethnicity and Democracy in the Eastern Himalayan Borderland: Constructing Democracy (Amsterdam University Press, 2017). Her current research focuses on infrastructure, urbanisation, and gender in the Sikkim-Darjeeling Himalaya. Michael Eilenberg is Associate Professor of Anthropology at Aarhus University, Denmark. His research focuses on issues of state formation, sovereignty, autonomy, citizenship, and agrarian expansion in frontier regions of Southeast Asia. He is the author of At the Edges of States (KITLV Press/Brill Academic Publishers, 2012) and co-editor with Jason Cons of Frontier Assemblages: The Emergent Politics of Resource Frontiers in Asia (Wiley, 2019). Willem van Schendel, Professor of History, University of Amsterdam and International Institute of Social History, the Netherlands. He works with the history, anthropology and sociology of Asia. Recent works include A History of Bangladesh (2020), Embedding Agricultural Commodities (2017, ed.), The Camera as Witness (2015, with J. L. K. Pachuau). See uva.academia.edu/WillemVanSchendel.